Student-developed Sensor Used to Measure Impacts of Hypoxia on Oysters

NCCOS-supported scientists are using a new technology developed by undergraduate students at the University of California, San Diego to measure the impacts of low oxygen (hypoxia) on oysters living in a small estuary in Southern California. 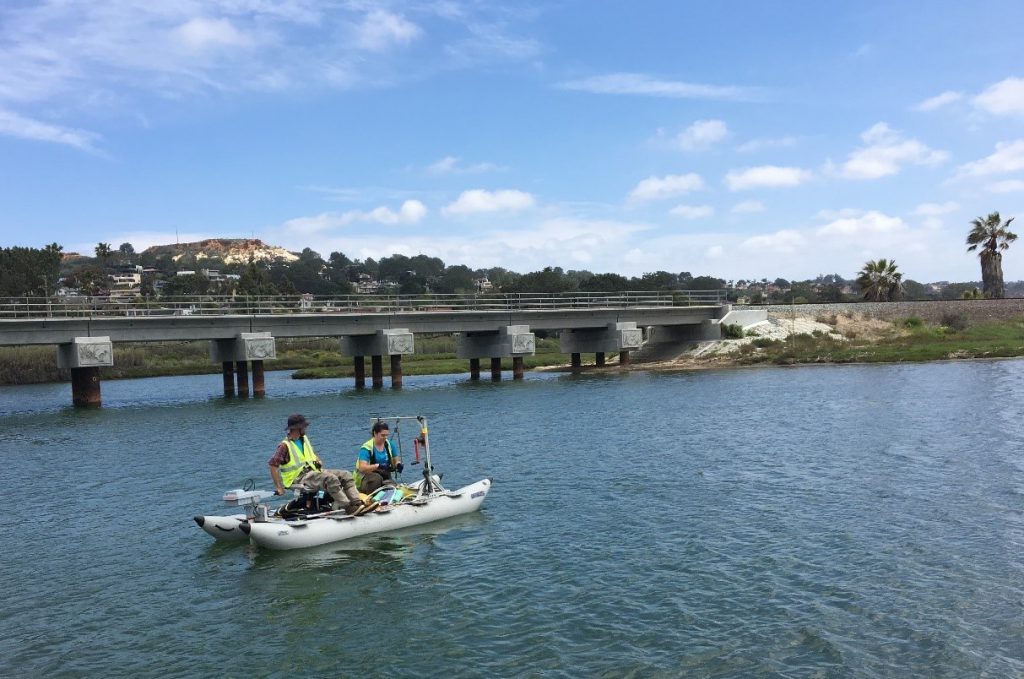 A group of Mechanical Engineering students developed the sensor as part of their final quarter design course. Within ten weeks, the students successfully developed a prototype sensor. Adrian Urrea, one of the students from that team, then further refined the sensor which has been both lab and field tested and is now ready for scientific experiments on oysters. Further sensor development by Dr. Luke Miller at San Diego State University is extending the sensors capabilities including longer duration deployments and potential for real-time data streams.

The sensor, known as a “gape sensor,” measures the distance between the two sides of the oyster’s shell providing a metric for when the oyster’s shell is open or closed and the opening distance, which varies over time as the oyster feeds. This information in conjunction with water measurements (including oxygen and temperature) will help scientists better understand how hypoxia affects oysters.

The more an oyster’s shell is closed, the less opportunity there is for it to feed, which in turn leads to stress and potentially death, if closure occurs for a prolonged period. Scientists are looking into whether oysters’ shell gape can be used as an indicator for when coastal managers should mechanically re-open estuary mouths that have closed and are undergoing rapid declines in dissolved oxygen due to a lack of circulation with oceanic waters.

The overall project led by Scripps Institution of Oceanography at the University of California, San Diego in collaboration with the Tijuana River National Estuarine Research Reserve is investigating the processes that lead to hypoxia in Southern California’s lagoons and identifying its ecological impacts to help inform effective management of these estuaries.