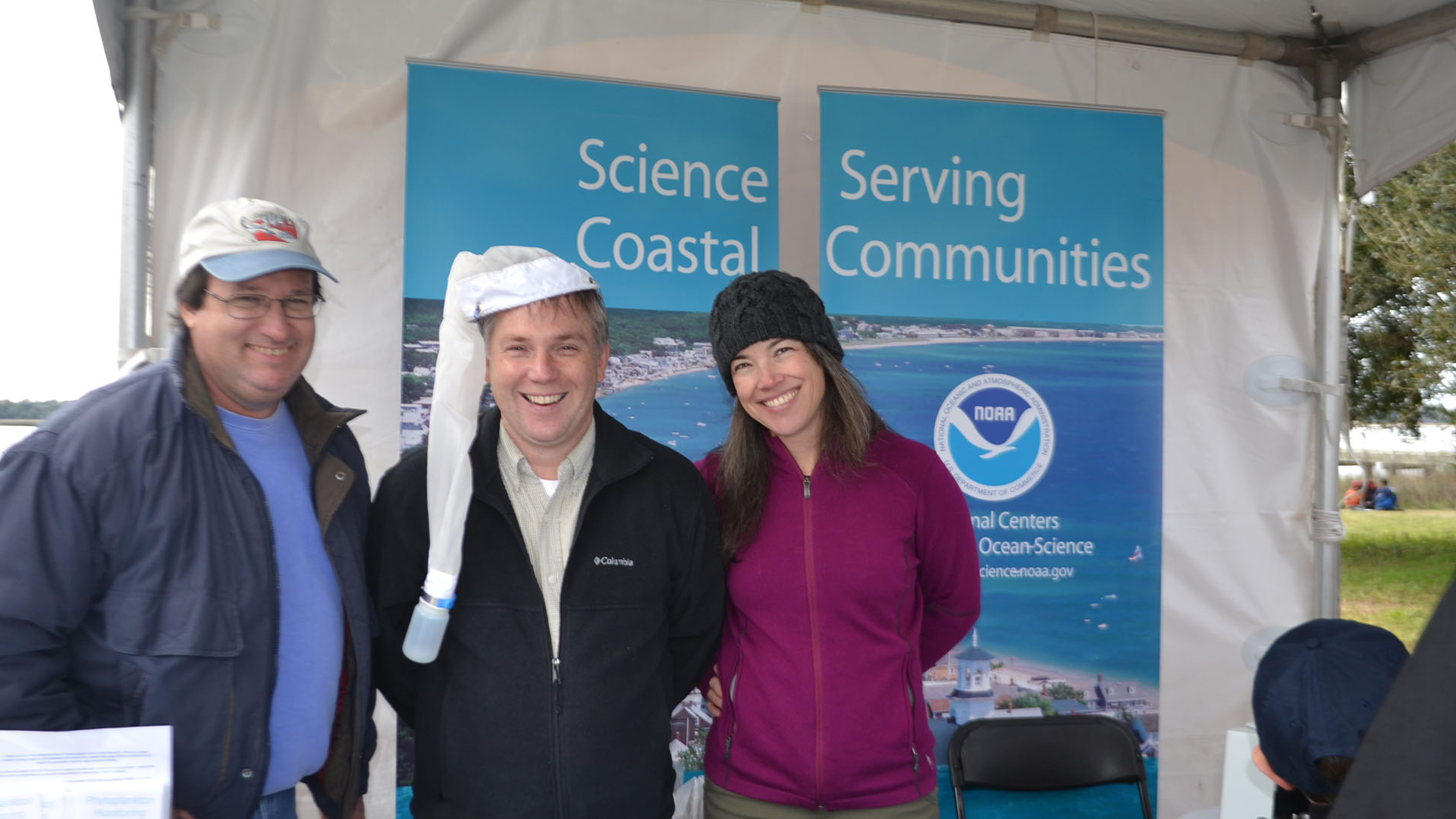 The National Phytoplankton Monitoring Network (PMN) is celebrating 20 years of improving harmful algal bloom (HAB) research through its citizen science monitoring efforts. The program has supported a national community-based network of volunteers monitoring marine and freshwater phytoplankton and HABs since 2001. 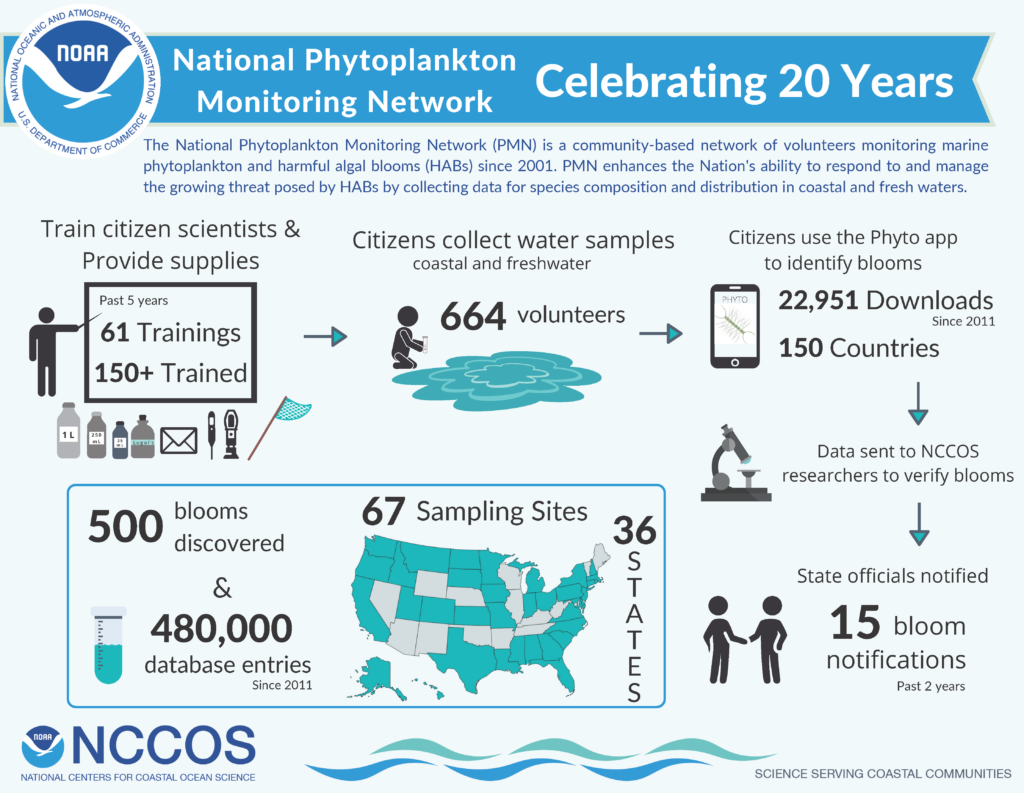 PMN recognizes the connection between humans and coastal ecosystems, and provides volunteer citizen scientists with meaningful opportunities for hands-on science engagement. Over the years, the program has enhanced the nation’s ability to respond to and manage the growing threat posed by HABs by collecting important data for species composition and distribution and creating working relationships between volunteers and professional researchers. PMN has also supported Alaska Natives in building a monitoring network for algal toxins in their subsistence, traditional, and recreational shellfish harvests. Since its inception, PMN has grown to include more than 600 volunteers across 36 U.S. states and territories.

NCCOS uses workshops and online webinars to train volunteer groups on how to collect samples, identify different species of phytoplankton using digital microscopy, and report their data to the HAB Monitoring and Reference Branch using an online database. Volunteers are supplied with necessary equipment for collection, and analyze algae samples on a weekly or biweekly basis. Once collected, the samples are preserved and sent to the NCCOS laboratory for confirmation and potential toxin determination. NOAA uses this information to support HAB forecasts and assist state and tribal managers in mitigating the effects of HABs.

PMN scientists and volunteers have helped the program achieve many noteworthy accomplishments, including:

In its 20th year, PMN is expanding its efforts to include monitoring at aquaculture sites and U.S. coastal National Parks.

The Aquaculture PMN (AQPMN) is a new program that will focus on species of phytoplankton known to reduce growth or kill shellfish and finfish aquaculture species, and will help provide aquaculture farmers and fish hatcheries with a minimum of two weeks advance warning of danger levels of harmful phytoplankton. These early warnings will help mitigate the threat of HABs, and minimize economic losses to the aquaculture industry. AQPMN is partnering with Nature Conservancy’s Shellfish Growers Climate Coalition on this initiative, which will allow for rapid expansion of the program into aquaculture farms already engaged in environmental and water quality issues. This new initiative was also introduced at the 113th annual meeting of the National Shellfisheries Association, where AQPMN presented on the dangers of HABs to aquaculture and the methods to monitor these species.

Thank you to all of our volunteers for their efforts, willingness, and participation. The success of the program would not be possible without you! If you’ve been part of our PMN journey, we encourage you to share your memories and experiences by using the hashtag #20YearsofPMN on social media. If you’d like to learn more about volunteer opportunities, click here.

NOAA directly supports its mission of stewardship by engaging members of the public in citizen science projects to collaboratively address real-world problems. These activities encourage people to take an active role in managing and protecting their local resources and ecosystems.