Preliminary results from the fourth and final Coral Ecosystem Connectivity expedition (August 22 – September 4, 2015) to Pulley Ridge (off the southwest coast of Florida) show the new coral area discovered in 2014 is two times larger than previously thought. Pulley Ridge, the deepest photosynthetic reef off the continental U.S., is one of the areas that the Florida Keys National Marine Sanctuary Advisory Council requested NOAA analyze for potential inclusion within the sanctuary. 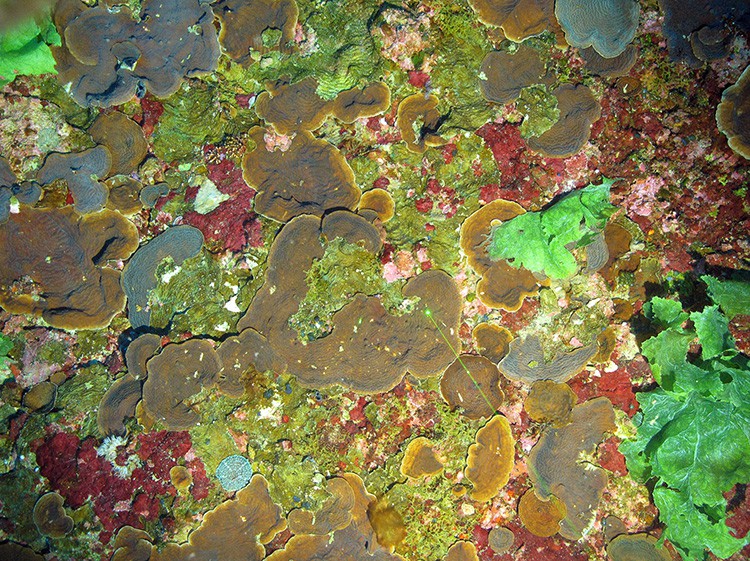 The NOAA Coral Ecosystem Connectivity project found that the large area of Agaricia discovered last year at Pulley Ridge is even larger than previously thought. The site provides evidence of a very significant coral recruitment happening in recent years, a hopeful sign of resilience in this species. Credit: NOAA.

In 2014, NOAA-sponsored scientists discovered a new unprotected coral area outside the existing Pulley Ridge Habitat Area of Particular Concern (HAPC). The area consisted of the densest cover of plate corals (Agaricia spp.) known in the Gulf of Mexico and the most coral seen in the Pulley Ridge area since the project began. The finding that the new coral area is twice as large is significant considering the Pulley Ridge HAPC has experienced a 92 percent loss of coral since 2003. Additionally, scientists revisited a 2012 site to see if the coral population had changed and found the coral population had stabilized.

The scientists presented this information at the project's annual meeting of principal investigators and resource managers on October 27 and 28, 2015. The project, led by the University of Miami, investigates the role that mesophotic reefs may play in replenishing key fish species, such as grouper and snapper, and other organisms in the downstream reefs of the Florida Keys National Marine Sanctuary and Tortugas Ecological Reserve.