NOAA’s National Centers for Coastal Ocean Science (NCCOS) provided a HAB Event Response award of $48,000 to the Qawalangin Tribe of Unalaska, Agdaagux Tribe of King Cove, Aleut Community of St. Paul Island, and Qagan Tayagungin Tribe of Sand Point. This funding will provide temporary support to continue and expand regular and consistent testing for Paralytic Shellfish Poisoning (PSP) toxins in shellfish, and phytoplankton identification along the Aleutian and Pribilof Islands. 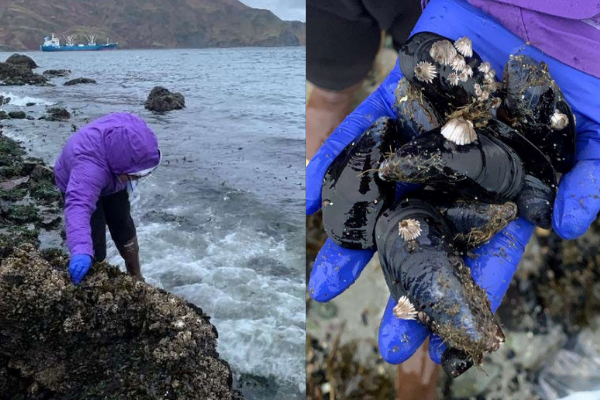 The southern Bering Sea and the Gulf of Alaska experienced unusually warm ocean temperatures during the summer of 2020, which might have increased the likelihood of harmful algal blooms (HABs). Previous reports of Alexandrium cysts, cells, and toxins in Arctic waters confirm the presence of HAB species in this region. Alexandrium species are often responsible for the production of PSP toxins, which can impact human health. This past spring and summer, unprecedented levels of PSP toxins were found in shellfish collected at locations along the Aleutian Islands chain and Alaska Peninsula. PSP toxins measured in blue mussels, snails, and butter clams collected from King Cove, Sand Point, and Unalaska were frequently above the FDA limit for safe consumption, sometimes as much as 100 times. Consumption of blue mussels and snails resulted in a fatality in Unalaska, AK in early July 2020. These regional data suggest a widespread HAB event led to elevated toxin levels in shellfish.

The funding supports consistent, monthly collection and analysis of blue mussels, limpets, and butter clams at six locations across the four Tribal communities, from August 2020 through September 2021. Samples of mussels, limpets, and clams are being sent to the Alaska Department of Environmental Conservation Laboratory (ADEC) for analysis. Funds are also provided to purchase equipment and supplies needed to monitor phytoplankton. The Tribes will work closely with the Kachemak Bay National Estuarine Research Reserve and NOAA NCCOS Phytoplankton Monitoring Network to learn to identify toxin-producing HAB species and establish a monitoring capacity to support future development of predictive models or HAB early warning systems.

Results from ADEC will be made available to the public via the Qawalangin Tribe social media platforms and website, and distributed through each community by environmental staff. Qawalangin Tribe staff will attend monthly phone calls of the Alaska Harmful Algal Bloom (AHAB) network to share data with the larger interested community of researchers and others working in  harmful algal blooms and PSP. Data from this study will not be used for human food safety information, but will serve as a way to better understand what is happening in shellfish and the waters surrounding the harvesting locations. The only safe way to consume shellfish in the region continues to be purchasing them from a commercial source.

For more information about the Event Response, contact marykate.rogener@noaa.gov. 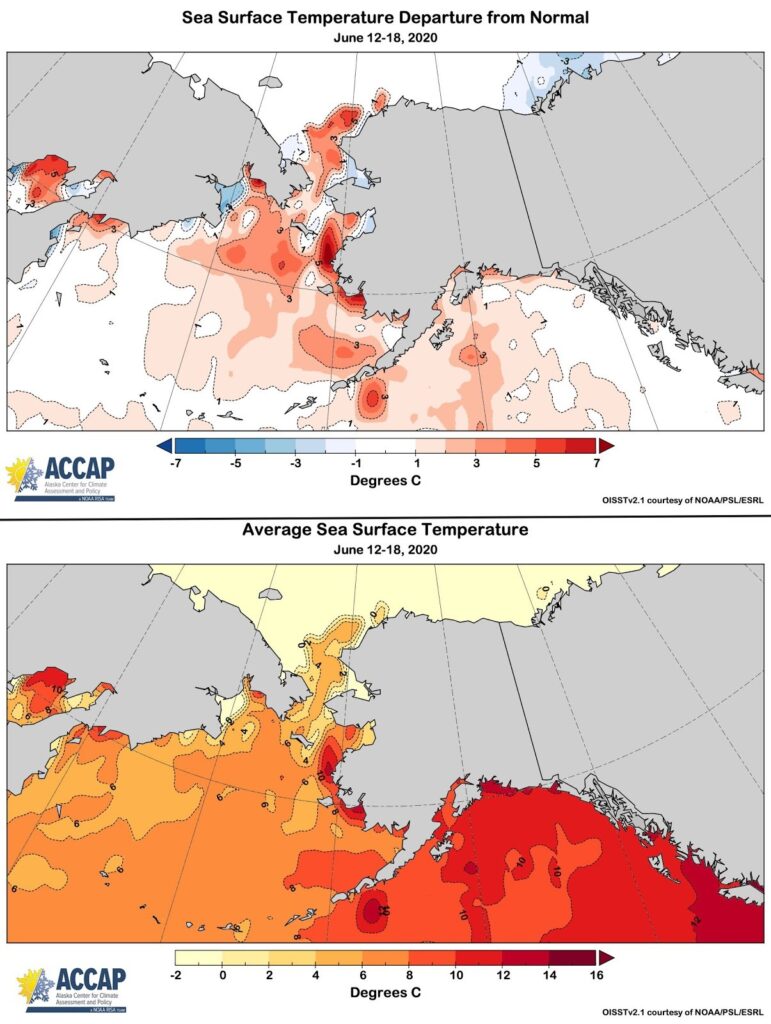 Sea surface temperatures along the Aleutian Islands chain and Alaska Peninsula were unusually warm, which may increase the likelihood of harmful algal blooms in this region. Graphic by University of Alaska Fairbanks, Alaska Center for Climate Assessment & Policy