In an effort to provide forecasting and detection products that empower communities to take action on HAB issues, a new publication in Phycologia documents the presence of Alexandrium fundyense and A. ostenfeldii in Alaska and describes the development of quantitative PCR (qPCR) assays for these species. This is the first large-scale confirmation of Alexandrium species in Alaska, which are responsible for causing paralytic shellfish poisoning. The qPCR assays will be useful for diagnosing times of high PSP risk and identifying environmental variables that initiate Alexandrium blooms in Alaska. 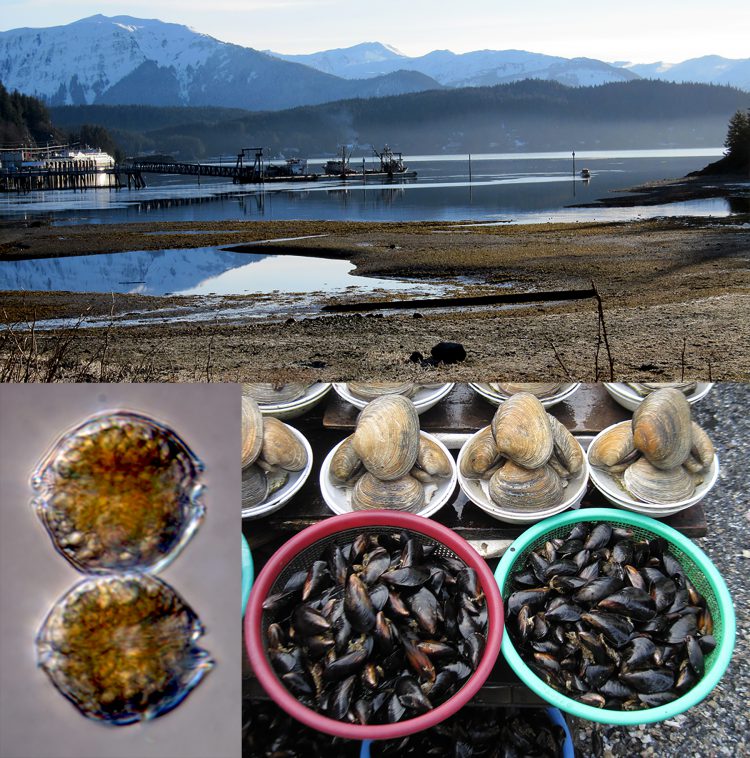 Another important need filled by this method is monitoring and sampling protocols for detecting and enumerating toxic Alexandrium fundyense cell concentrations around commercial and recreational shellfish resources. The manuscript presents a comprehensive review of current molecular assays for toxic Alexandrium species with recommendations for which assays are relevant to global monitoring programs.

Paralytic shellfish poisoning (PSP) poses a serious health threat in Alaska and prevents effective utilization of shellfish resources by subsistence and recreational harvesters. Substantial economic losses also affect shellfish growers during PSP events. The toxins responsible for PSP are produced by dinoflagellates in the genus Alexandrium. Despite the persistent threat posed by PSP and the long history of shellfish toxicity research, there is still confusion concerning the Alexandrium species that cause PSP in Alaska.

Collaborators include colleagues from NOAA, University of Alaska, Virginia Institute of Marine Sciences and University of Maryland Center for Environmental Science.