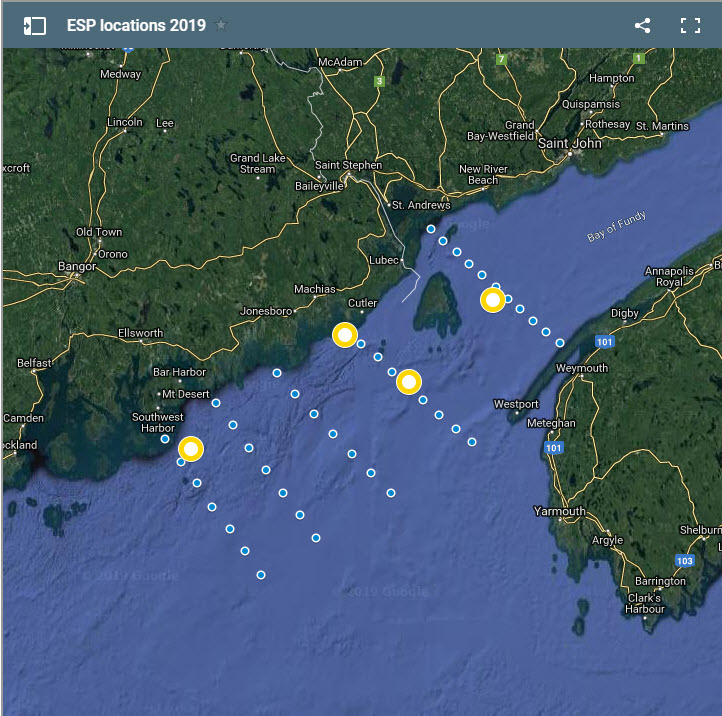 Last week, the Woods Hole Oceanographic Institution deployed four underwater robotic Environmental Sample Processors (ESPs) in the Bay of Fundy and the eastern Gulf of Maine. The ESPs will count, in near real-time, the numbers of Alexandrium catenella dinoflagellates (New England red tide), organisms that can cause paralytic shellfish poisoning.

The Gulf of Maine has a large continental shelf that supports extensive bivalve shellfish resources. Blooms of A. catenella (formerly named fundyense) occur annually and are consumed by shellfish, making the shellfish toxic for human consumption. Rigorous state monitoring programs test for toxicity in shellfish and prohibit harvesting if levels become high enough to cause human illness. Closures, which vary considerably from year to year, have significant economic impacts, totaling as much as tens of millions of dollars in losses in some years.

Blooms occur in three main regions of the Gulf (the eastern and western Gulf of Maine, and Georges Bank). NCCOS-funded research has led to annual and weekly forecasts of A. catenella abundance in the western Gulf of Maine. The predictive model underlying that forecast is based on maps of seed-like cysts deposited on the ocean bottom during the bloom season the previous year and oceanographic conditions. However, eastern Gulf of Maine blooms remain less understood, despite their annual recurrence, and bloom predictions are not as accurate.

The researchers deployed ESP-1 in the Bay of Fundy gyre, where currents are deep, turbulent, and fast. ESP-2 and ESP-3 flank Grand Manan Island, and ESP-4 is further downstream, off the coast of Acadia National Park. The deployments are in the same locations as the 2017 initial test deployments. Data from the ESPs are reported in near real-time and are available online.

Along with the ESPs, the team deployed drifters with GPS transmitters to track water movements. Following these deployments, the scientists conduct surveys of A. catenella abundance and water quality parameters at the stations shown on the map above. 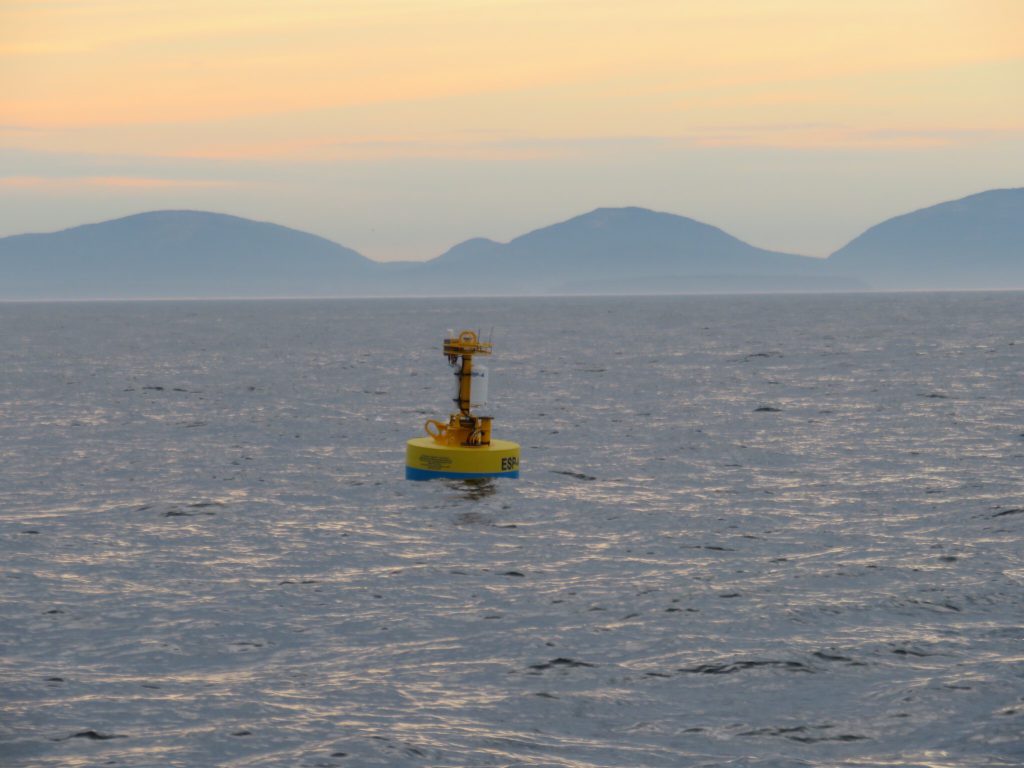