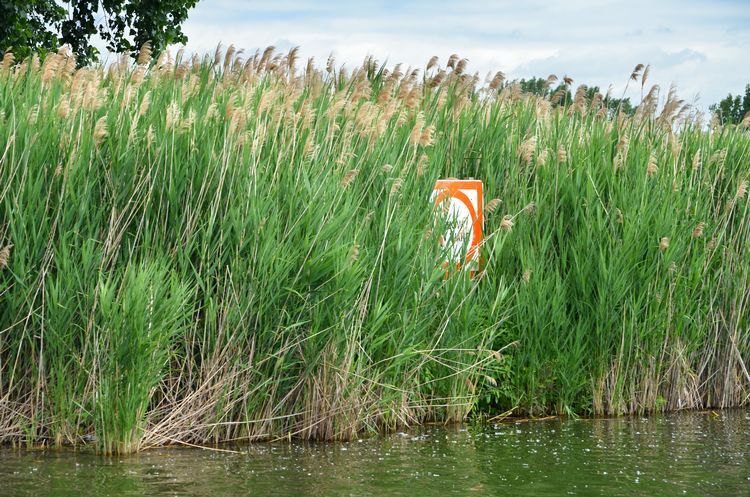 An NCCOS-funded study found that shoreline armoring in Chesapeake Bay promotes the spread of the invasive common reed (Phragmites australis) by stimulating greater genetic diversity in the plant, which allows it to become reproductively viable sooner than it would in an undisturbed environment.

Phragmites australis has spread throughout most of the U.S., especially in freshwater and brackish estuaries with hardened shorelines. Armoring shorelines with hardened structures, such as seawalls and riprap revetments, to prevent erosion and protect property is common practice around the world. Pressure for more shoreline hardening is expected to increase with predicted sea-level rise and increased storm frequency associated with climate change, despite the potential negative effects such hardening could have on nearshore ecosystems and native species.

An earlier NCCOS-sponsored study found that invasive Phragmites australis in Chesapeake Bay thrives around altered and hardened shorelines and disturbed marshes and beaches. Building on these results, the new study tested the ideas that shoreline erosion structures are associated with seedling recruitment, resulting in higher levels of genetic diversity. 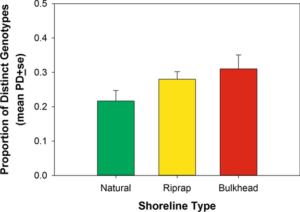 The potential importance of shoreline structures in the establishment of genetically diverse stands adds to what the project team previously found for wetland stands that were not associated with shoreline structures. The researchers concluded that the extent of shoreline modifications in Chesapeake Bay has contributed to the spread of P. australis by seeds.

The study was part of a larger NCCOS project investigating the Influence of Shoreline Changes on Chesapeake and Delmarva Bay Ecosystems. 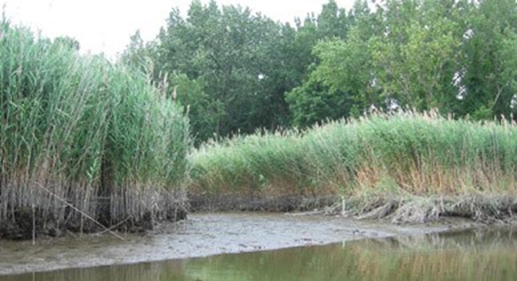