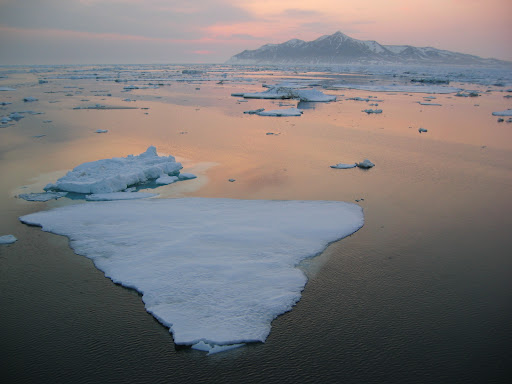 The NCCOS Ecology & Oceanography of Harmful Algal Blooms (ECOHAB) Program has reached a milestone with the release of its 1,000th publication. The paper, published in Harmful Algae, sheds new light on threats from toxic algal blooms and is a first step toward understanding how a changing climate may challenge marine wildlife and human health in the Alaskan Arctic. The paper reports paralytic shellfish toxins were present in all sampled layers of Arctic food webs tested, including phytoplankton, zooplankton, benthic clams, benthic worms, and pelagic fish, as well as walruses and bowhead whales harvested for subsistence purposes in the Bering, Chukchi, and Beaufort seas. All samples were collected during 2019, when northern Alaskan waters experienced unusually warm conditions.

Highlights from the study include:

In this region, paralytic shellfish toxins (also called saxitoxins) are produced by the marine algal species Alexandrium catenella. These toxins block nerve function, causing illness and (in very high amounts) death in humans and wildlife. This study reveals elevated toxin exposure risks to marine wildlife that may have detrimental effects on the health of important marine resources within Arctic ecosystems. It follows another recent report, also supported in part by ECOHAB, that presents evidence for a climate-driven, expanding threat of massive, recurrent toxic blooms of A. catenella in Alaskan Arctic waters north of the Bering Strait in the eastern Chukchi Sea and near Barrow Canyon.

The authors of both studies conclude that risks to ecosystem and wildlife health from algal toxins in northern and western Alaskan Arctic waters may be escalating with climate-change driven reductions in sea ice and continued atmospheric and ocean warming. This research would not be possible without the active participation of Alaska Native Tribal leadership and subsistence communities from the Bering Strait region to the Alaskan Eastern Beaufort Sea as well as the bowhead whale and walrus co-management organizations.

ECOHAB is a peer-reviewed, national, competitive program that funds research to advance understanding of the causes and impacts of harmful algal blooms (HABs). This 1,000th publication exemplifies the goals of the ECOHAB program to achieve a quantitative understanding of HABs and their toxins in relation to the surrounding environment, and to understand the trophic transfer of algal toxins and assess HAB impacts to higher trophic level species. ECOHAB research is used directly to guide management of coastal resources to reduce HAB impacts and future threats.