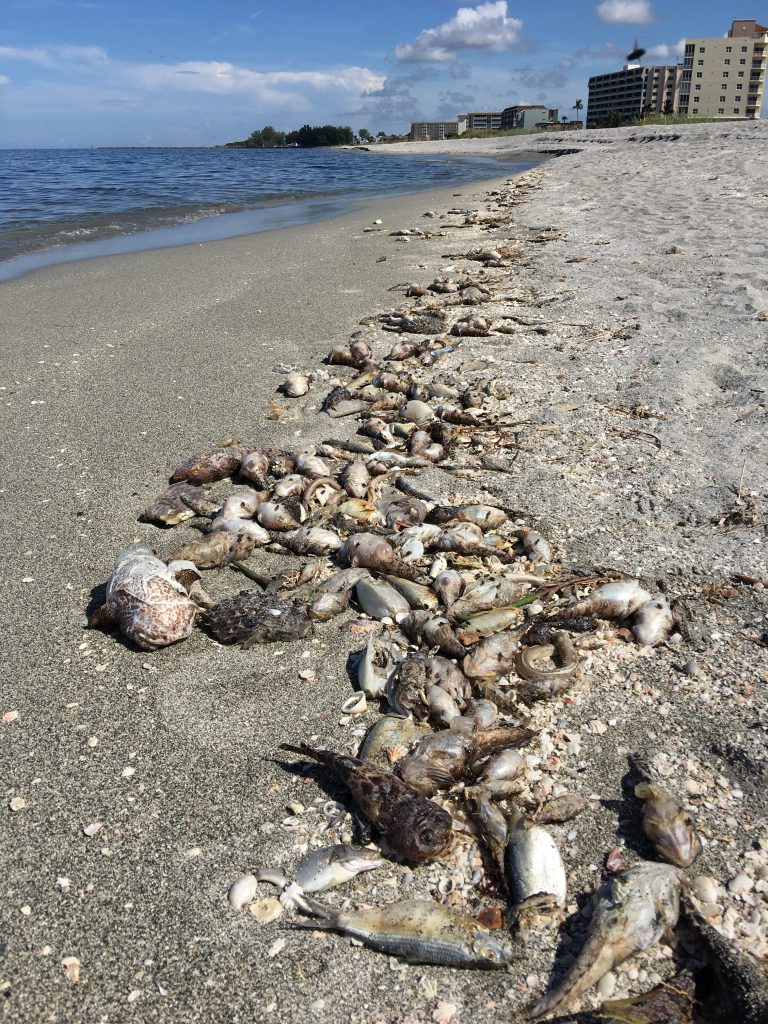 This year, south Florida experienced the worst red tide in more than ten years. During the summer, this harmful algal bloom extended roughly 130 miles along the southwest Florida coast, detrimentally affecting the local economy and human and animal health. Among the health impacts, red tide toxins became airborne through wave action and caused respiratory irritation in people and animals.

In response, NCCOS and its partners developed a risk level forecast for red tide respiratory irritation on Pinellas County beaches. The 24-hour Experimental Red Tide Respiratory Forecasts are updated following the collection and analysis of water samples, and are typically available on Tuesdays, Thursdays, Saturdays, and Sundays. When red tide is in the air, most people experience minor respiratory irritation—coughing, sneezing, teary eyes—which goes away when they leave the beach. However, people with lung problems like asthma and chronic obstructive pulmonary disease can have severe reactions when they breathe in these toxins. Pinellas County residents and visitors who are susceptible to the respiratory impacts of Florida’s red tide now have a new tool that will help them know their risks before they visit area beaches during red tides.

NCCOS and NOAA’s Center for Operational Oceanographic Products and Services developed the experimental forecast in partnership with the Gulf of Mexico Coastal Ocean Observing System (GCOOS), the Florida Fish and Wildlife Conservation Commission–Fish and Wildlife Research Institute, and Pinellas County Environmental Management. The forecast was developed through funding from the NASA Health and Air Quality Program and is hosted by GCOOS. For more information, contact Richard.Stumpf@noaa.gov.

The NCCOS Harmful Algal Bloom Event Response Program provided funding to address different aspects of this year's red tide. In August, the program awarded $19,200 to the Florida Fish and Wildlife Research Institute and Mote Marine Laboratory to supplement their efforts to document and understand changes in the severity, duration, and location of the red tide. In September, the program awarded $8,250 to Florida’s Clinic for the Rehabilitation of Wildlife and the Florida Fish and Wildlife Conservation Commission Fish–Wildlife Research Institute to study a novel treatment for cormorants sickened by exposure to brevetoxin resulting from red tide. The results could provide insight for treating other marine animals in the future. In October, the program awarded $28,000 to a multi-institution team to enhance the team's sampling of the red tide and assessment of its ecosystem impacts following Hurricane Michael. For more information, contact Quay.Dortch@noaa.gov. 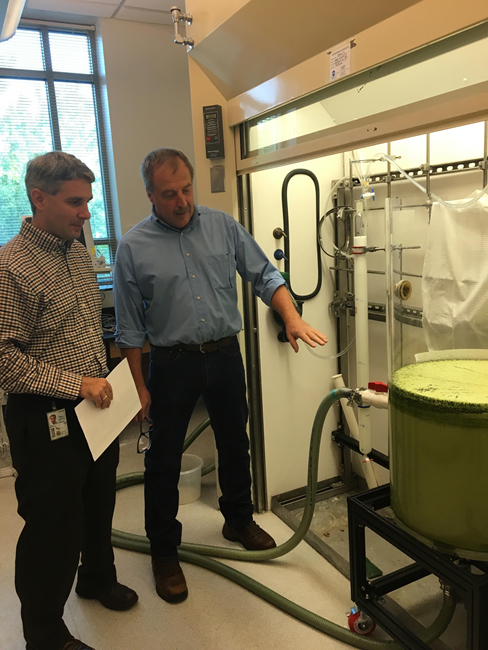 In the freshwater environment, NCCOS is working with engineers at NABAS (Nano Air Bubble Aeration System) Technology to develop an environmentally sustainable method to eliminate harmful blue-green algae and their toxins. The method uses nanobubbles—bubbles smaller than the width of a single human hair—to aerate water bodies. Unlike ordinary bubbles that rise and burst at the surface of the water, nanobubbles implode under the pressure of the water, releasing oxygen and ozone that help dissolve harmful algae.

NCCOS chemist Dr. Peter Moeller recently conducted laboratory validation of the method’s efficacy in reducing harmful algae and toxins, and is now working to establish application parameters that will ensure wildlife safety. Moeller also helped test the ozone nanobubble system on a freshwater algal bloom near Fort Myers Beach, Florida. Within 48 hours of treatment, the eight-acre pond was well-oxygenated and free of algae, with no apparent harm to other aquatic life in the pond.

In the coming months, Moeller will analyze time-series water samples treated with nanobubbles to characterize chemical changes during the remediation process. Future testing of the method may yield breakthroughs for other natural resource management issues, such as treating ballast water, farm waste, or addressing invasive species. For more information, contact Peter.Moeller@noaa.gov.