NCCOS-sponsored research has documented the presence of three harmful algal bloom (HAB) toxins at seven different locations, about 18 to 33 miles apart, off the coast of southern California. All three toxins (domoic acid, saxitoxin, and okadaic acid) co-occurred in 12 percent of the samples, collected from 2012 to 2016 for the study. This is the first reported detection of dissolved okadaic acid in southern California waters.

Using passive Solid Phase Adsorption Toxin Tracking (SPATT) bags to sample the water column, the researchers found at least two types of toxins at each location. SPATT bags contain a synthetic resin that adsorbs dissolved biotoxins from the water. The bags can be suspended from piers, buoys, or attached to underwater vehicles for sampling.

Multiple HAB genera are known to occur in the waters of the Southern California Bight, which is one of the most densely populated coasts in the U.S., with millions of visits to the beach each year. This ECOHAB-funded study adds to growing evidence of multiple HAB toxins, including freshwater HAB toxins, occurring in coastal California waters, and raises questions about the potential health ramifications of such co-occurrences. 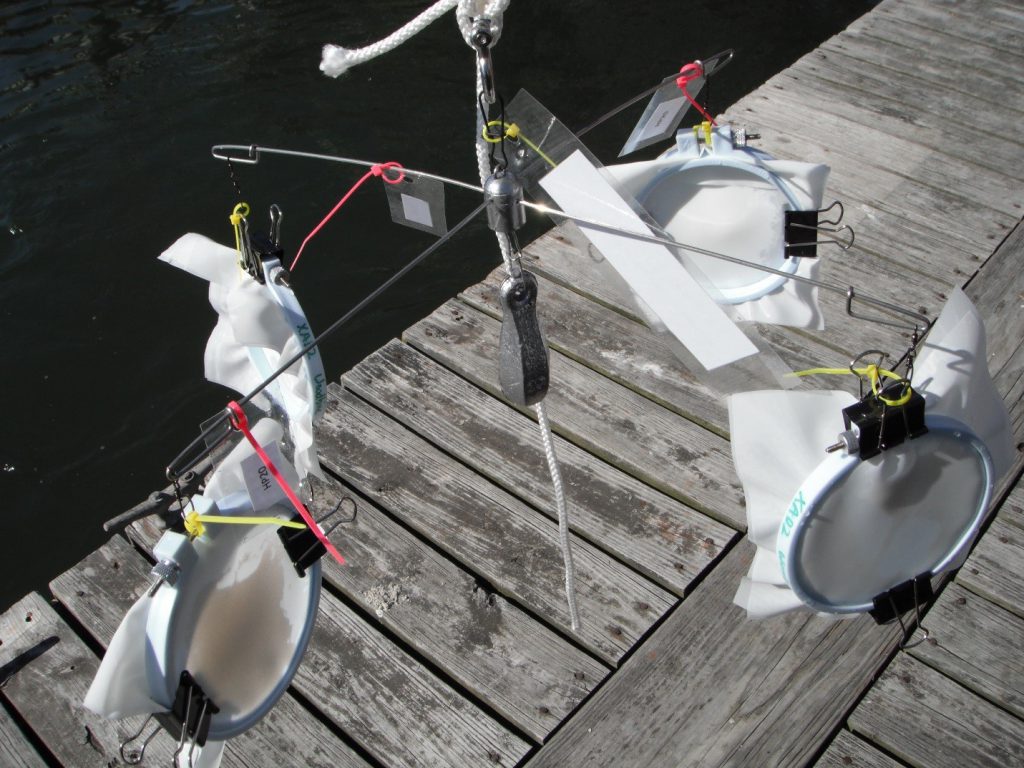 Solid Phase Adsorption Toxin Tracking, or SPATT, employs a synthetic resin contained in a mesh hoop or bag that adsorbs dissolved biotoxins from the water. The SPATT resin bags can be suspended from piers, buoys, or attached to underwater vehicles. Credit: T. Hattenrath-Lehmann, Stony Brook University.