We developed spatial predictive models for deep-sea corals, sponges, and benthic macrofauna offshore of the continental U.S. West Coast. Maps and geospatial data depicting the predicted spatial distributions of these organisms can be used in regional ocean planning efforts and assessments for offshore energy, ground fishing, conservation, and other activities that could impact sensitive benthic biota in the deeper waters offshore of the continental U.S. West Coast. 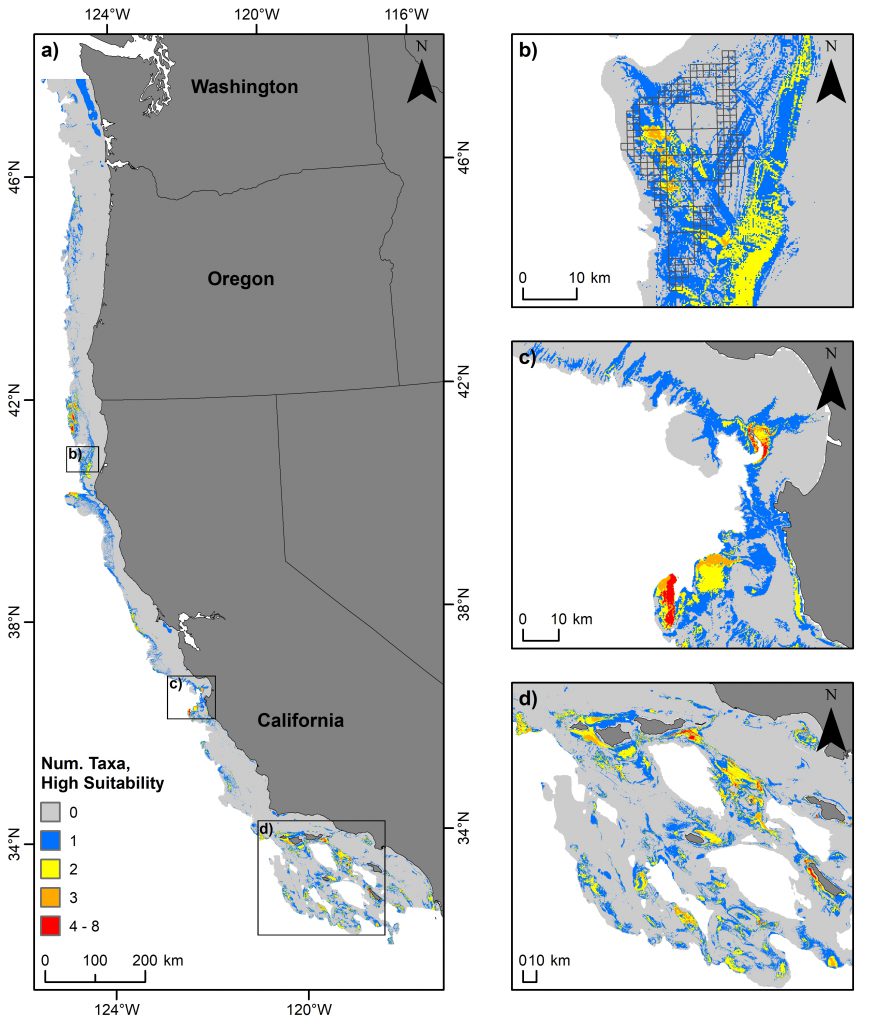 Figure 1. Map of the number of deep-sea coral taxa associated with hard substrate       that were predicted to have high habitat suitability. Credit: NOAA NCCOS.

Many deep-sea corals and sponges add structural complexity to benthic habitats, provide refuge and substrate, and increase the number and availability of microhabitats for other organisms, thereby creating hotspots of biological diversity. These organisms are generally long-lived, slow-growing, and fragile, making them vulnerable to human impacts. Benthic macrofauna (e.g., bivalves, gastropods, polychaetes) are sensitive to changes in sediment conditions and can be indicators of habitat quality. These organisms may be impacted by human activities in the marine environment that physically disturb the seafloor, including offshore energy development.

The Pacific Outer Continental Shelf includes an extensive area offshore of California, Oregon, and Washington for which the Bureau of Ocean Energy Management (BOEM) oversees the responsible development of energy and mineral resources. Information about the distribution of sensitive biota such as deep-sea corals, sponges, and benthic macrofauna, is critical for making environmentally sound decisions about managing those activities and developing mitigation measures to avoid or minimize impacts on marine environments and organisms.

We used spatial predictive modeling to characterize the potential spatial distributions of deep-sea corals, sponges, and benthic macrofauna offshore of the continental U.S. West Coast to 1200m depth. This study was funded by the BOEM and was conducted in close partnership with colleagues
from NOAA Fisheries, Oregon State University, and the Southern California Coastal Water Research Project (SCCWRP).

We prepared a technical report that summarizes the findings of the study and a digital data package containing geospatial data layers depicting the environmental predictors used in the models and the model predictions. This data package will be publicly available for download via NOAA’s National Centers for Environmental Information (NCEI). 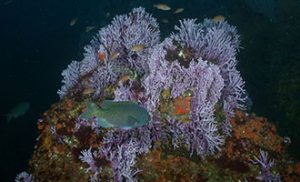 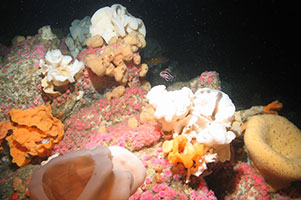 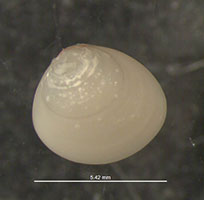 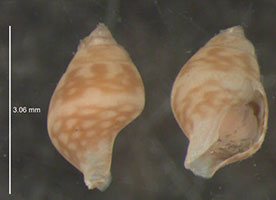 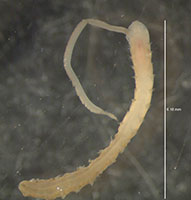 The maps produced in this study identify areas where deep-sea corals, sponges, and benthic macrofauna are more likely and less likely to occur and can be used in regional ocean planning efforts and assessments for offshore energy, ground fishing, conservation, and other activities that could impact these sensitive benthic biota, as well as to identify targets for future ocean exploration. For example, maps of predicted habitat suitability for deep-sea corals and sponges were used to select locations for surveys during an October 2018 mission on NOAA Ship Bell Shimada; 12 sites were selected where fishing restrictions had been modified by the Pacific Fishery Management Council to protect essential fish habitat for groundfish. In addition to providing baseline information about these sites to support management, we used annotations of deep-sea coral and sponge occurrence from these surveys to demonstrate how this kind of data could be used to test the performance of habitat suitability models.