We investigated Hawaii’s mesophotic coral ecosystems to better understand them and their relationship to shallower reefs. We found reefs off Maui’s southwestern coast at depths of 30–130 meters (98–426 ft) with large areas of unusually high coral cover, near 100 percent, and large beds of macroalgae. We found fishes present at both shallow and mesophotic depths are genetically the same and should be managed as a single population. If managed well, mesophotic fishes may replenish shallow reefs. 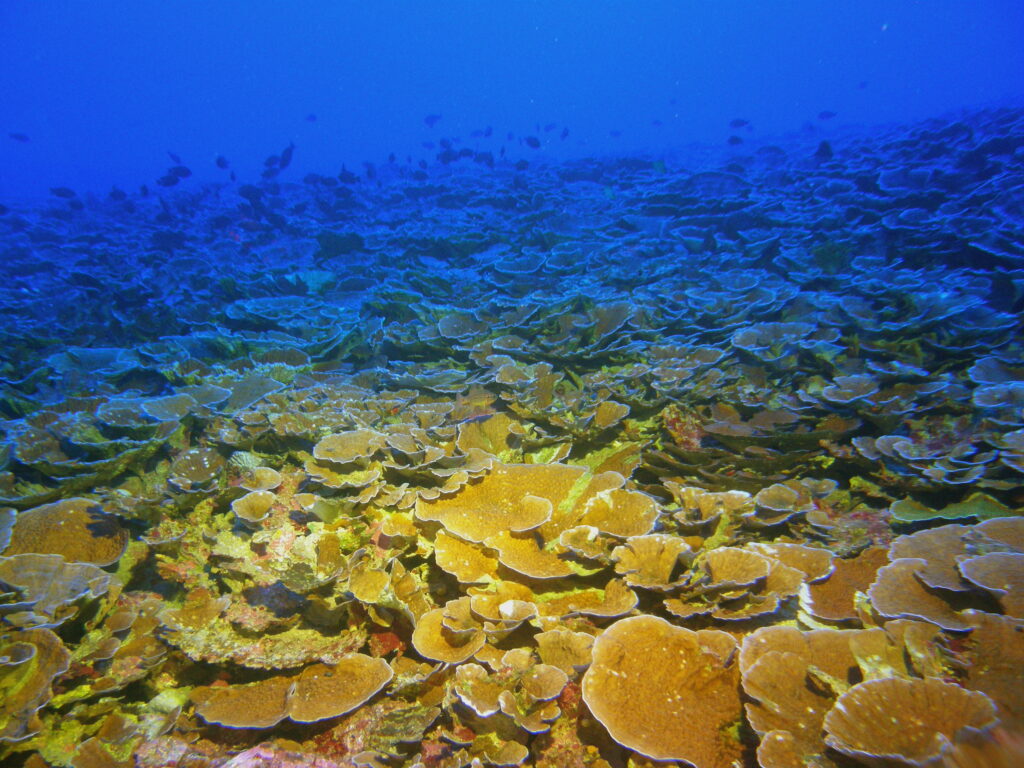 Although these ecosystems harbor many of the species found in their shallower water counterparts, many other species occur only in the deeper ecosystems and they are often inhabited by a relatively high number of fishes and invertebrates that are endemic or unique to the Hawaiian Islands. It has been hypothesized that mesophotic coral ecosystems can serve as sources to reseed or replenish degraded shallow-water coral reef species.

The study site was located in the southern Au‘au Channel between the Hawaiian Islands of Maui and Lana‘i. This site is premium mesophotic habitat and is the result of key factors working together: clear water that allows deep light penetration combined with a submerged terrace at an ideal depth that connects the islands and forms a natural flume that improves water flow and enhances productivity. These factors permit photosynthesis to occur at greater depths allowing for proliferation of corals and algae.

What We Found and Management Implications
We found that mesophotic coral ecosystems in the Au’au Channel are: