Researchers Identify Sources of Nitrogen in Macroalgae in Hawaii 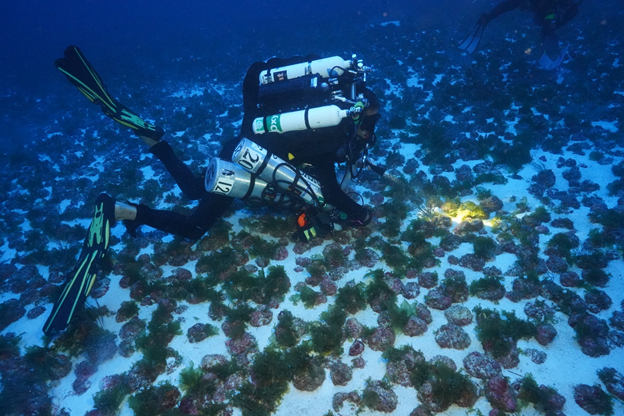 NOAA-sponsored researchers published the first comprehensive survey of nitrogen sources in macroalgae from shallow to mesophotic depths (0–385 feet deep) in the Hawaiian Archipelago.

Their findings suggest nitrogen sources are the same for macroalgae found at shallow and mesophotic depths in the relatively pristine Northwestern Hawaiian Islands, which experience little to no anthropogenic inputs, but the Main Hawaiian Islands tell a different story. In particular, macroalgae in shallow waters off Oahu and Maui, with their large human populations, contain higher anthropogenically derived nitrogen than macroalgae at mesophotic depths.

The presence of large beds of macroalgae at mesophotic depths off the Main Hawaiian Islands is surprising. The researchers hypothesize that high nitrogen at these depths, possibly from submarine groundwater, is supporting the abundance. An invasive green alga known as leather mudweed (Avrainvillea lacerata) may also be increasing the retention of nitrogen across depths compared to native species.

Researchers from the College of Charleston, University of Hawaii at Mānoa, and Papahānaumokuākea Marine National Monument collected algae for 17 years to complete the study. Sampling off Maui was supported in part by the NCCOS Deep Coral Reef Ecosystem Studies (Deep-CRES) project “Investigating Mesophotic Coral Reefs in Hawaii” and the NOAA Office of Ocean Exploration and Research. Sampling in the Northwestern Hawaiian Islands was supported by the Papahānaumokuākea Marine National Monument and the National Fish and Wildlife Foundation. 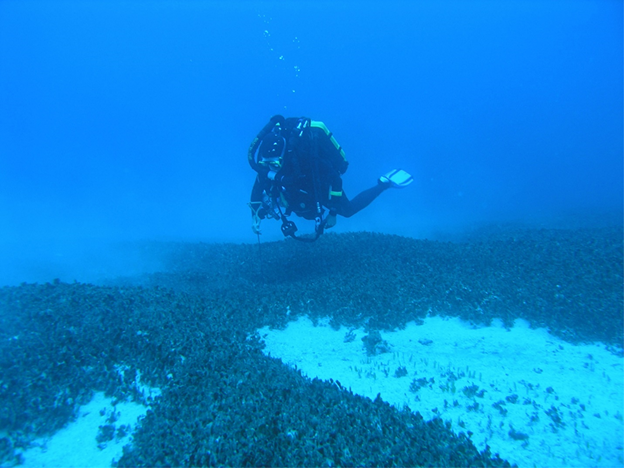