Can Oyster Aquaculture in the Chesapeake Bay Flourish Under Future Environmental and Economic Conditions?

We are supporting research that will explore how the Eastern oyster will grow and survive under future environmental conditions and determine if there are environmental or economic thresholds (“tipping points”) that might limit profitability for the oyster industry.

Why We Care
The shellfish aquaculture industry is growing globally and in Chesapeake Bay, and the Eastern oyster is a popular crop for aquaculture growers. However, oysters can be affected by many factors that are projected to change in the future. These include increasing water temperature, increasing carbon dioxide that leads to waters becoming more acidic, and freshwater and nutrient input from land. In addition, the oyster industry responds to economic conditions such as harvest amount, national market price and the cost of adapting to both environmental and economic changes. In an environment where momentum is building for an ever-expanding and diverse aquaculture industry, sudden shifts in biogeochemical and physical conditions have the potential to create socioeconomic disruptions associated with changes in commercial fisheries and recreation.

How future conditions will affect the Eastern oyster and the industry it underpins remain uncertain, not only because these conditions are difficult to predict, but also because stressors such as ocean acidification, temperature, and nutrient runoff could interact to lead to unexpected chemical, biological, and economic change. The changes in stressors and their impacts do not always proceed in a straight line, and there could be thresholds or “tipping points” where changes are too great for the oyster’s biological viability or the industry’s economic viability to overcome. 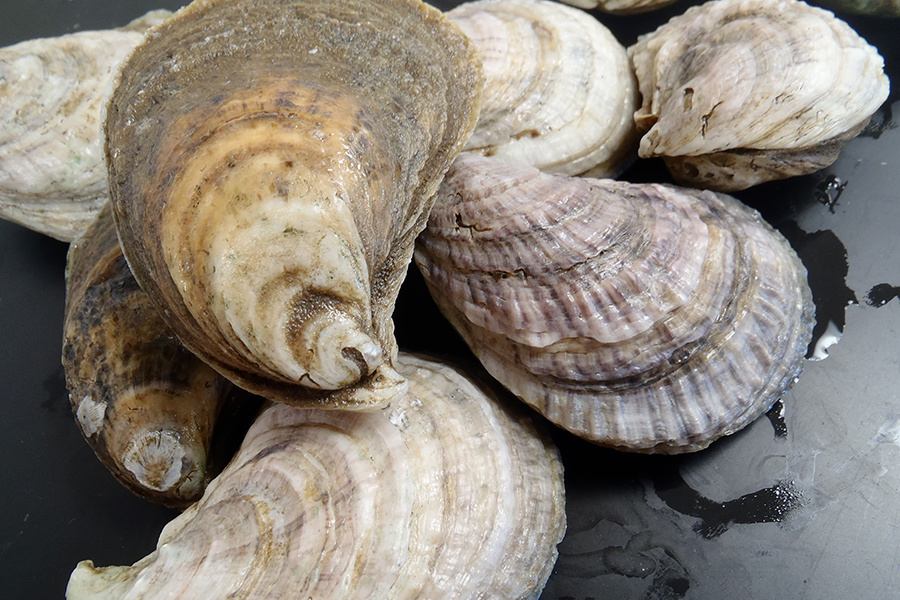 What We Are Doing
In collaboration with the NOAA Ocean Acidification Program, we have funded a project team including the University of Maryland Center for Environmental Science, the University of Delaware, and Oregon State University, who will study the impact of different stressors to Chesapeake Bay and the Eastern oyster. The study will bring together different models to understand the relationship between biogeochemical cycling of carbon, oxygen, and nutrients; biological and ecological information about oyster growth and survival; and economic profitability of the oyster industry in the Chesapeake Bay ecosystem.

Benefits of Our Work
This project will determine:

The project will provide insights into future conditions and habitats where aquaculture and wild oyster populations may be most vulnerable to the climate and ocean changes. It will inform regional oyster management and has an advisory group that includes Chesapeake Bay water quality managers and representatives from the shellfish industry.