In 2017, major hurricanes impacted coral reefs in both Florida and Puerto Rico. We quantified these impacts using diver-based surveys, and our information was used to guide targeted emergency stabilization of corals affected by the hurricanes. The National Fish and Wildlife Foundation in Florida and the Federal Emergency Management Agency in Puerto Rico funded these efforts, which were supported by multiple local and national partners.

Why We Care
In 2017, Hurricanes Irma and Maria directly impacted U.S. corals reefs in both Florida and Puerto Rico. Nearshore and shallow water corals reefs provide valuable protection to coastal infrastructure from storm surge and waves. However, the same reefs that provide protection can also be damaged by storm-related wave energy. Storm impacts to coral reefs can come in many forms, from broken pieces missing from branching coral species to entire colonies dislodged, cracked, or shattered into multiple pieces or fragments. Rapid post-storm assessment is important because many of these coral fragments are still covered in living tissue and can be triaged by being reattached to the reef by divers. This emergency stabilization can greatly reduce the number of coral colonies lost from storm impacts. This is a benefit to not only coral populations (many of which are listed as Threatened under the Endangered Species Act (ESA)), but also preserves some of the structural complexity provided by coral reefs, which protects coastal communities. 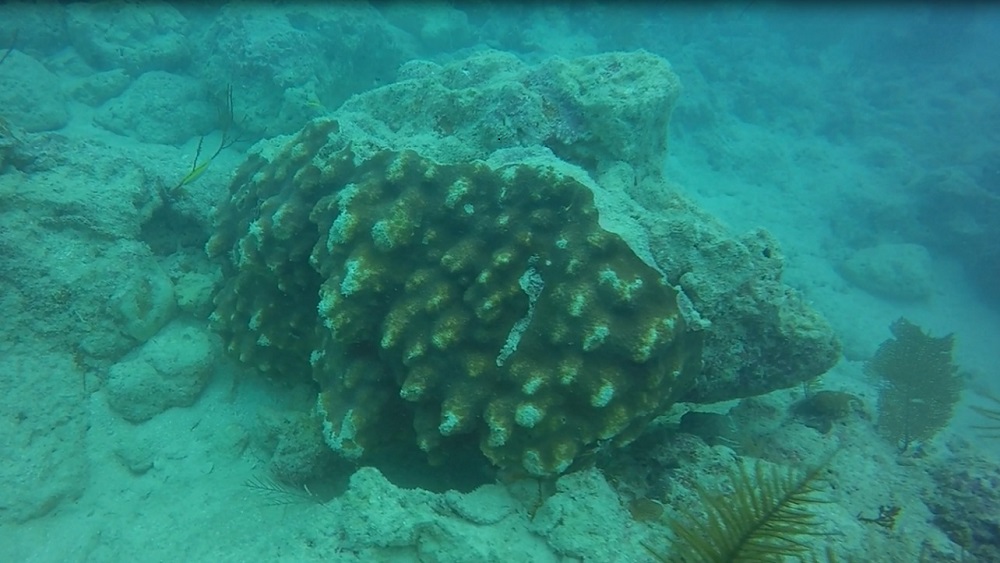 What We Did
In both Florida and Puerto Rico, we used diver-based surveys to determine the following: 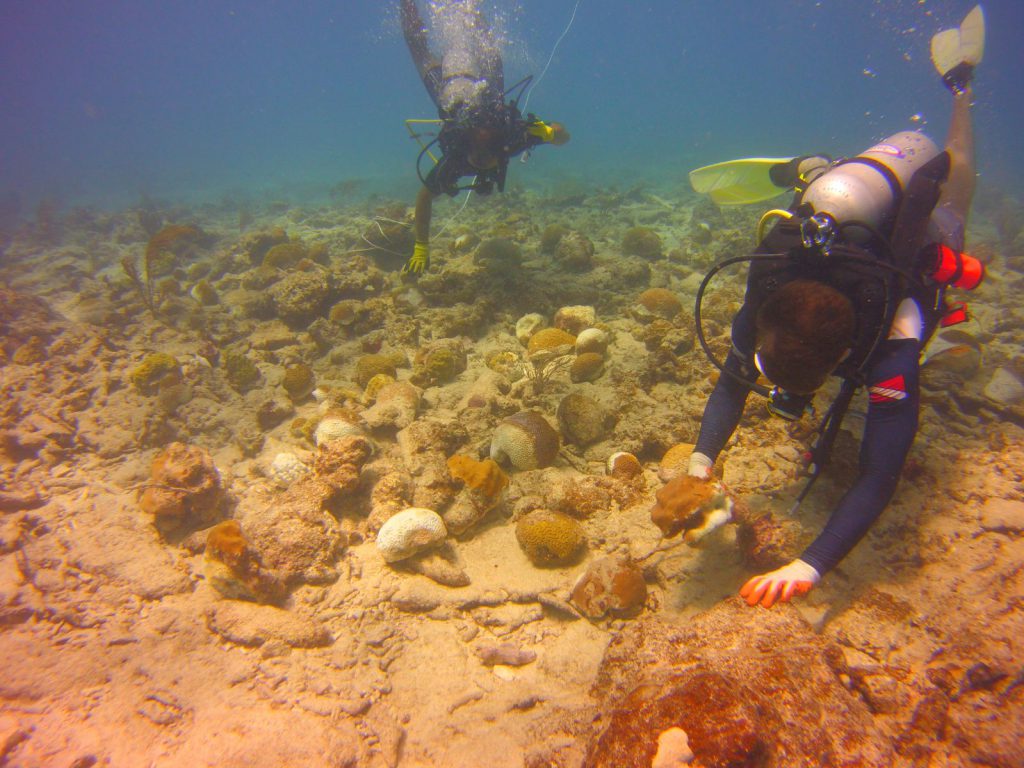 What We Found
In both Florida and Puerto Rico, we found that ESA listed coral species, Acropora cervicornis, and Orbicella annularis were the most severely impacted. Both of these species are major contributors to nearshore reefs that provide coastal protection.

Benefits of Our Work
Our data and products are essential tools for local managers charged with restoring and conserving valuable coral resources in a changing climate. The products provide a systematic review of storm impacts to coral reefs, which can be combined with or compared to existing monitoring efforts in the regions. Post-hurricane assessments are used to inform coral triage efforts, but can also be used for the following: