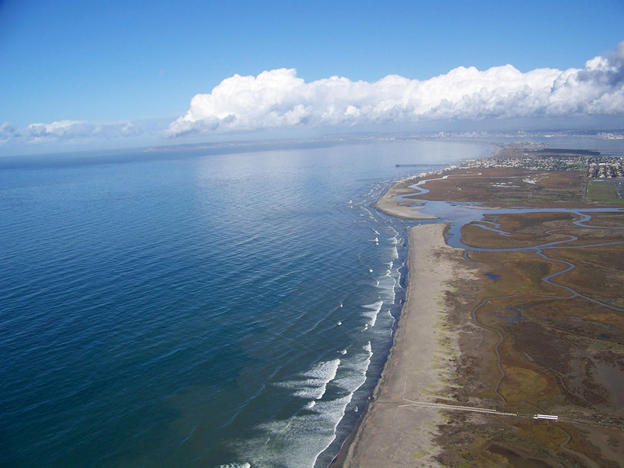 The conversion from intermittently to permanently open has reduced habitat diversity in the region, making conditions less hospitable for fish species such as tidewater gobies and juvenile steelhead. Permanently open systems also affect sediment accretion, making it harder for marsh elevation to keep up with sea level. Local marshes host a number of endangered and threatened plant and animal species.

The NOAA-funded project provided information to rethink management of these systems and better understand the consequences of different management scenarios.

The researchers studied how Southern California estuaries are affected by sea level rise and how and where nature-based solutions could provide needed resilience. They did this by integrating existing sea level rise and habitat evolution models to understand how physical and habitat changes will occur with rising tides and associated storm events. They also identified estuarine-upland transition zones across Southern California where marsh migration may occur with sea level rise.

To view past webinars from the California Coastal Resilience Network, click here, or join the network here to learn about future webinars. 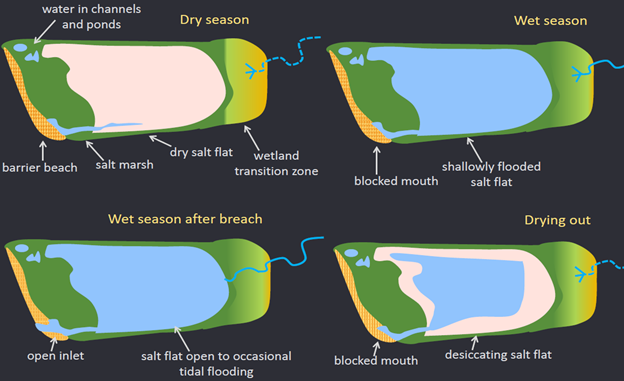 Intermittently open estuaries are naturally dynamic systems that open and close to the tides on a seasonal and sometimes annual basis. They tend to close in the dry season, sometimes allowing salt flats to emerge when the water evaporates and also sometimes filling and ponding when the rains return. If watershed inputs following storm events are strong enough, the inlet can re-open to the tides. However, most intermittently open estuaries do not function with those natural changing states in Southern California anymore due to human interference. Credit: San Francisco Estuary Institute.