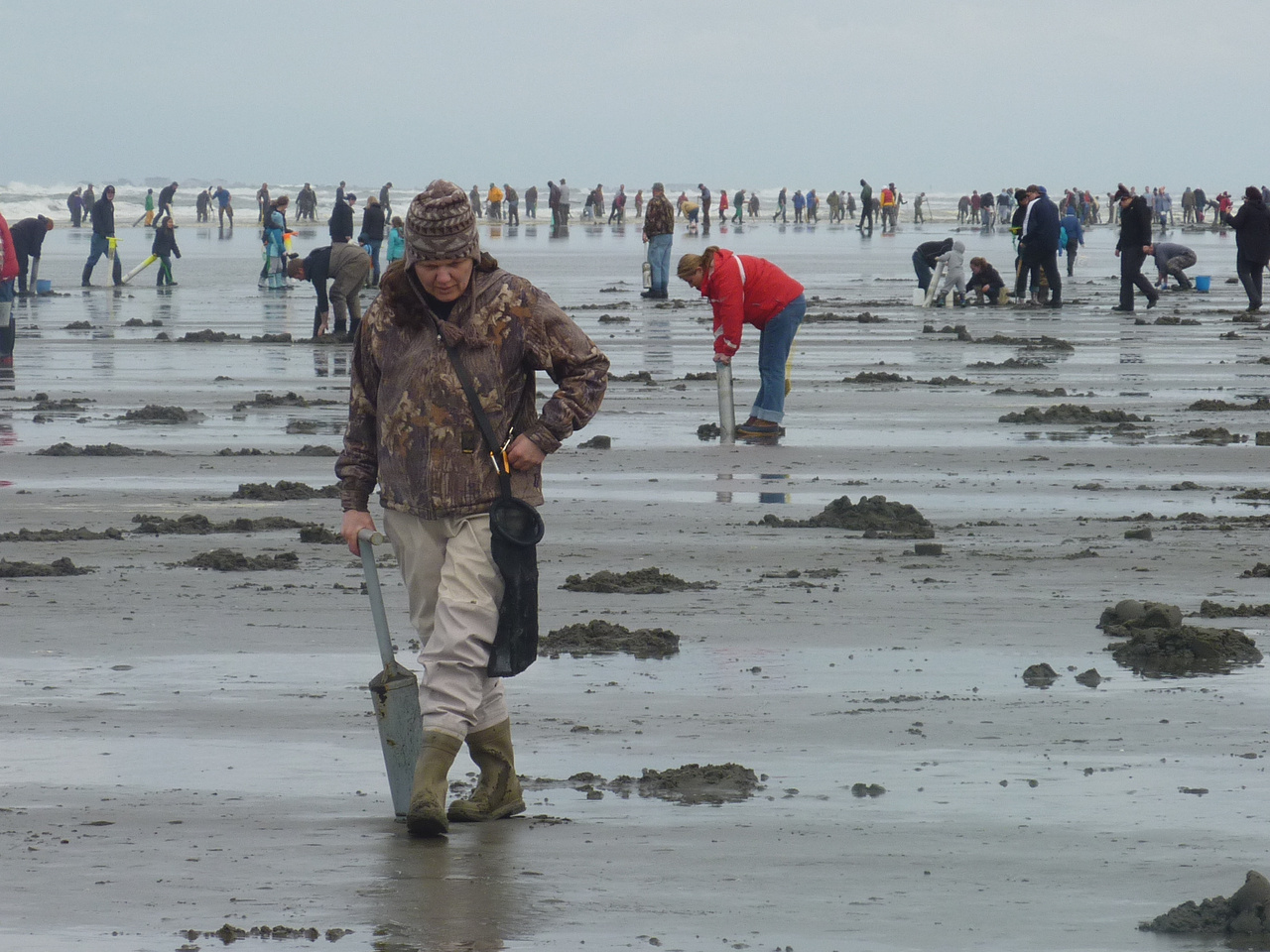 A new study from NCCOS-funded researchers estimates a range of economic impacts that result from harmful algal bloom–related cancellations of razor clam digs at Long Beach, Washington — the most popular beach in the state for recreational clam diggers. The recreational razor clam fishery is the largest recreational bivalve fishery in the Pacific Northwest and a major source of tourism-related income to small communities in the region.

In Long Beach alone, the research team’s analysis of daily foot traffic data and razor clam management data indicates that a full season closure from October to May can lead to revenue losses in excess of $840,000 for area hotels, restaurants, grocery stores, and gas stations. Regionally, the study estimates that the recreational razor clam fishery generates as much as $40 million in Washington and $12 million in Oregon, annually.