NOAA funded partners released the latest Pacific Northwest Harmful Algal Blooms (PNW HAB) Forecast one week ahead of a three-day razor clam dig in four beach towns along the Olympic Peninsula in Washington State. The dig, approved by Washington Department of Fish and Wildlife (WDFW), coincides with the annual Long Beach Razor Clam Festival. Thousands of “clam hungry“ visitors are expected from across the region.

Along the coasts of Washington and Oregon HABs of the toxic alga Pseudo-nitzschia produce the neurotoxin domoic acid. The toxin can build up in shellfish and, if eaten, can cause amnesic shellfish poisoning in humans. Commercial and recreational shellfisheries are closely monitored for HAB toxins and are closed when domoic acid exceeds safe levels.

Dan Ayres, WDFW razor clam manager, says the HAB Forecast gives WDFW confidence that the most recent state razor clam biotoxin results should not change significantly, and the public can safely enjoy recreationally harvested clams in their homes and around the state. Ayres estimates the digs this weekend will result in over 50,000 digger/trips harvesting over 800,000 clams. Thousands of harvesters are likely to spend about $2.5M in Washington coastal communities nearest the clamming beaches. 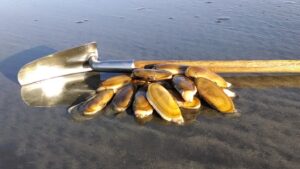 The Pacific Northwest HAB Forecast system assembles data from offshore and beachside monitoring of ocean conditions and algal and toxin concentrations to predict HAB outbreaks. The data and forecast are incorporated into a bulletin (see below the PNW HAB Forecast Bulletin). The monitoring and forecast system was launched in early 2017 to support management of shellfisheries, clamming beaches, and human health. The HAB Bulletin is a partnership between NOAA NCCOS, NOAA Fisheries, University of Washington, Makah Tribe, University of Strathclyde (Scotland), WDFW, and ODFW.

The effort is supported by NOAA’s Monitoring and Event Response for Harmful Algal Blooms research program. NOAA is developing a plan to transition the system to permanent operations. 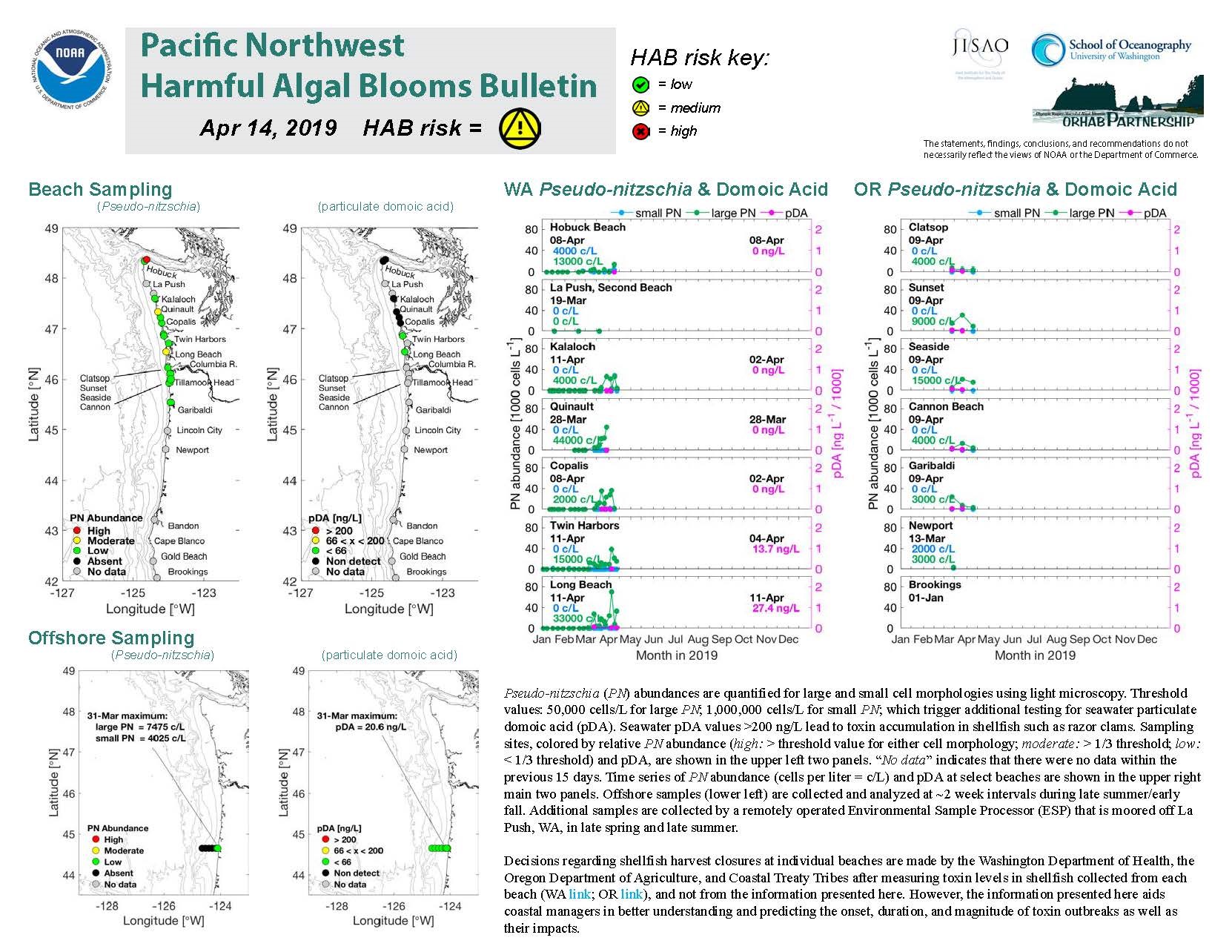 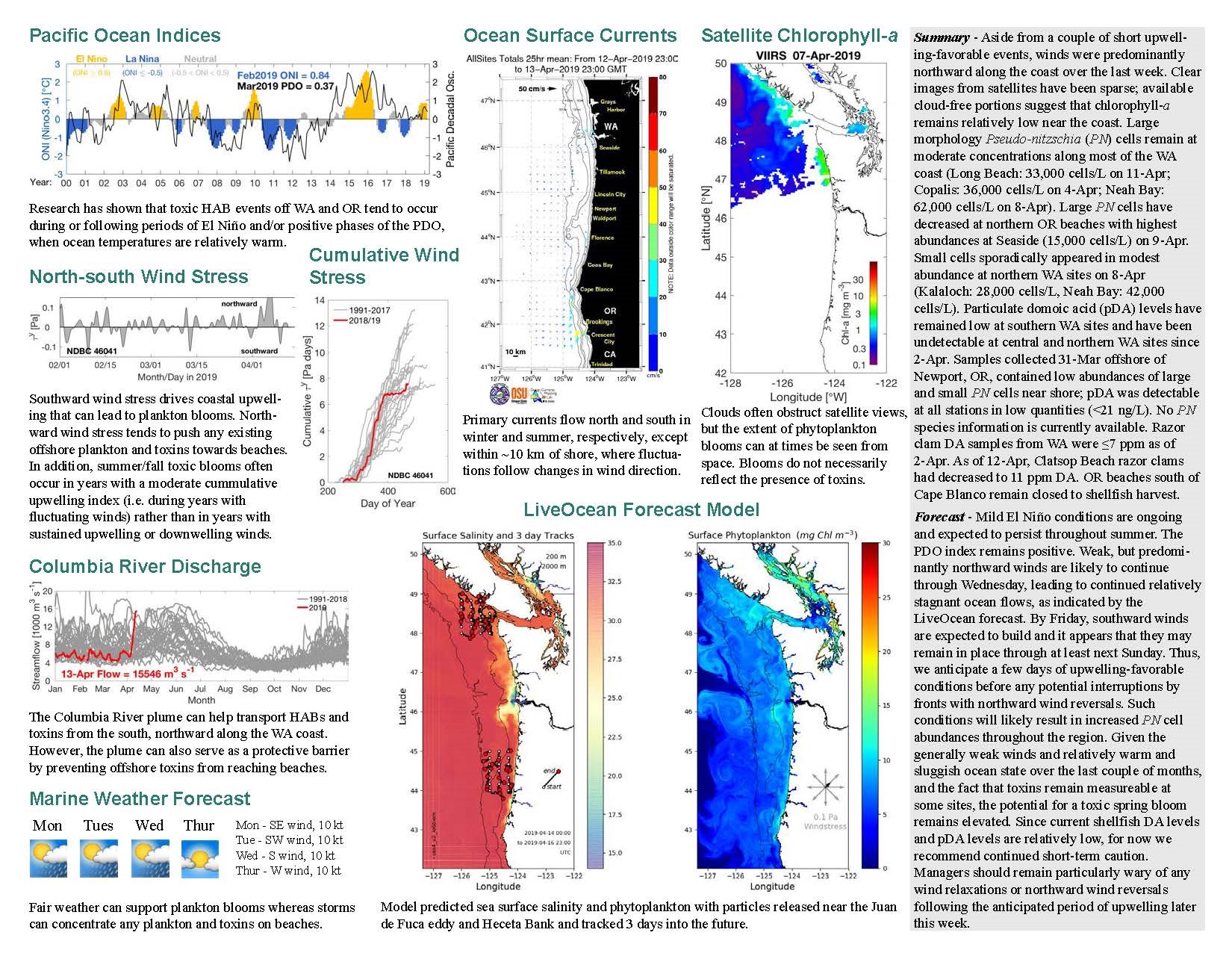