NOAA's National Centers for Coastal Ocean Science provided a Harmful Algal Bloom Event Response award of $11,640 to the University of South Alabama and the Dauphin Island Sea Lab (DISL) to evaluate cyanobacterial bloom impacts in the northern Gulf of Mexico.

Map of proposed sampling sites (red dots) in Mississippi and Alabama. Surveys will be conducted and samples collected once a week from nearshore and offshore transects for three consecutive weeks. The site labeled CP is a long-term monitoring buoy on the 20-meter isobath maintained by the Dauphin Island Sea Lab and equipped with a variety of sensors. Samples and data from this site will also be monitored with high frequency. Credit. Dauphin Island Sea Lab.

Vast inputs of freshwater and suspended materials from the Mississippi River are released into the northern Gulf of Mexico ecosystem via rivers, natural openings, and spillways and diversions that prevent or control flooding. The US Army Corps of Engineers New Orleans District operates the Bonnet Carré Spillway, which was opened for two lengthy periods between February 27 and July 27, 2019 to prevent flooding after heavy rains in the Mississippi and Ohio River valleys increased river stages. Persistent low salinity conditions, blooms of toxic cyanobacteria, hypoxia, and mortalities in oysters, dolphins, sea turtles, and other marine species are occurring across the northern Gulf of Mexico. NOAA Fisheries declared an Unusual Mortality Event (UME) due to elevated bottlenose dolphins stranding from Louisiana to the Florida panhandle. Beach advisories have been issued throughout the region to prevent exposure to cyanobacterial toxins.

This award supports sample collection and analyses for detection of harmful algae and cyanobacterial toxins to better understand bloom dynamics and drivers, and potential food web impacts including risks to humans. Changes in phytoplankton community assemblages and associated toxin production in the coastal environment will be evaluated along with environmental measurements including salinity and dissolved oxygen. Partners include the Mississippi Department of Marine Resources and the Alabama Marine Mammal Stranding Network, as well as researchers from Auburn University and Bowling Green State University. Data will be shared with scientists and managers across the region, including coordination with event response efforts ongoing in Lake Pontchartrain. These data will support outreach and risk communication efforts by Mississippi Alabama Sea Grant and will inform the Northern Gulf of Mexico Bottlenose Dolphin Unusual Mortality Event investigation. 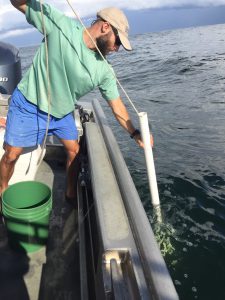 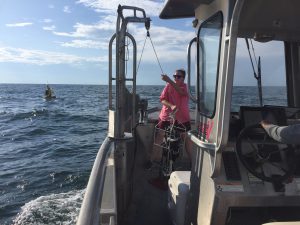