On June 17, 2014, Congress passed a reauthorization of the Harmful Algal Bloom and Hypoxia Research and Control Act (HABHRCA) - legislation last reauthorized in 2004. HABHRCA is critical for protecting the public from these environmental events, as well as furthering NOAA's goals to maintain healthy oceans and build resilient coastal communities and economies. 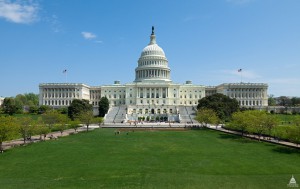 In a roll call vote, the Senate concurred with the House amendment to S.1254, a bill to amend the HABHRCA of 1998. The new bill will update NOAA's statutory authority and reauthorize appropriations through fiscal year 2018. The bill now goes to the President for him to sign into law.