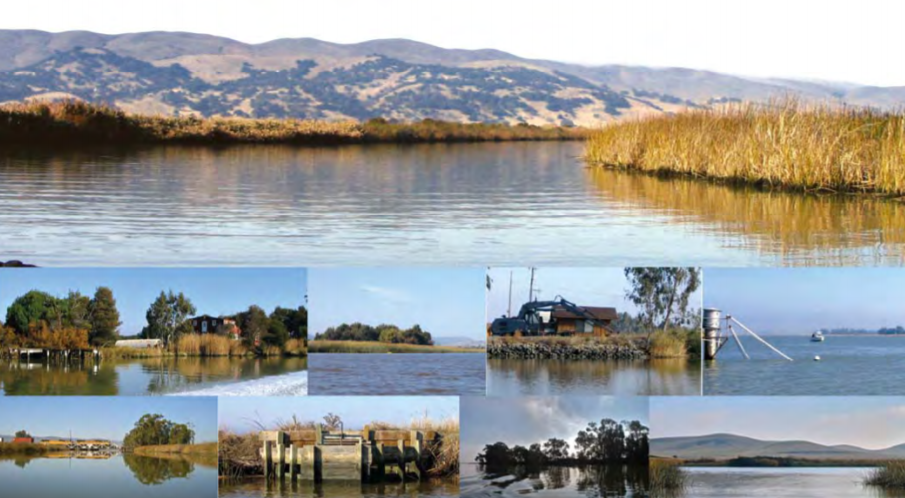 Humans have been disturbing natural wetlands with hydrologic modifications, creating diked, drained, and otherwise modified wetlands for centuries. This study has taken a step to understand how biodiversity differs between these modified and natural habitats. Understanding the spatial scales of biodiversity loss due to these human activities is crucial to develop effective management solutions. On the West Coast of the continental U.S., the knowledge gap regarding wetland impoundments is considered greater than the U.S. East Coast and is compounded by the Mediterranean climate regime of wet winters and dry summers (opposite of the SE U.S.). Many of the marshes on the west coast are modified and specifically managed as part of migratory wintering waterfowl management, flood and mosquito control. 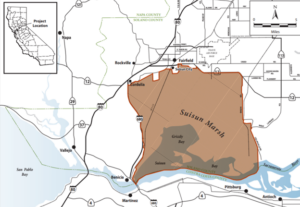 The study area focused on Suisun Marsh, a brackish-water marsh that borders the San Francisco Estuary. Suisun Marsh is the largest brackish wetland complex in California with ~60,000 acres of total wetland area. The marsh contains a mix of both private and public ownership, with approximately 75%  managed with water control structures (dikes) that are filled in the winter for waterfowl and drained in the spring to reduce mosquito numbers. This management resulted in a large seasonal variation in salinity in the marsh (see Suisun Marsh Atlas for details). Historic vegetation management favored waterfowl food plants for enhanced duck hunting.

The researchers sampled impounded brackish wetlands across Suisun Marsh and compared them to a natural gradient of freshwater to saline marshes in the estuary to determine the patterns of plant diversity across wetland types and spatial scales. In general, the study found rare (uncommon) species diversity was less abundant in impounded marshes compared to tidal marshes, and common species diversity was more equal between impounded and tidal marshes. However, overall, impounded marshes were less diverse than natural tidal marshes and contained different species, such as non‐native annual grasses and other herbaceous plants (forbs) compared to native perennial grasses/forbs in tidal marshes.

This study, published in the journal ECOSPHERE, was supported in part by the NCCOS ESLR project Refining Ecosystem Model Inputs for Sea Level Rise Vulnerability in the San Francisco Bay Estuary.