On April 12, 2021, the Quinault Indian Nation welcomed tribal razor clam diggers to Mocrocks Beach, Washington. This is the first time tribal members have been able to access this prized resource since the fall of 2020 when all clamming beaches in Washington and Oregon were closed due to a Harmful Algal Bloom (HAB) event. Access to shellfish test results and a timely Pacific Northwest (PNW) HAB Bulletin, part of a NOAA-funded pilot, gave tribal managers additional confidence to open access at Mocrocks Beach. 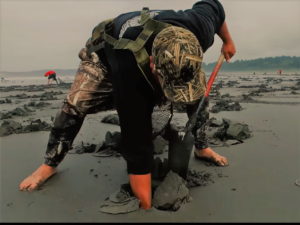 Last October, high levels of the algal toxin domoic acid accumulated in razor clams following an intense Pseudo-nitzschia bloom. Domoic acid is a neurotoxin that can build up in shellfish and can cause amnesic shellfish poisoning (ASP) in humans. Commercial and recreational shellfisheries are therefore monitored for domoic acid and closed to prevent outbreaks of ASP. Though the bloom dissipated in November, clams retained toxins into this year preventing their safe harvest.

Over the last month, weekly monitoring in Oregon and Washington showed toxin levels in clams had finally started to decline and a relatively sparse abundance of toxic Pseudo-nitzschia species. Last week, shellfish results at Mocrocks Beach, a clamming beach co-managed by Washington State and the Quinault Indian Nation, showed levels below regulatory limits indicating the possibility for safe harvest. Further, current and expected bloom conditions described in the 11 April 2021 PNW HAB Bulletin indicated new toxic blooms were unlikely over the week. Timely access to this monitoring data and forecast analysis supported a decision to selectively, open Mocrocks. According to Joe Schumacker, Quinault Department of Fisheries, “access to weekly HAB monitoring data and guidance from the PNW HAB Bulletin gave us the confidence to go forward with a tribal dig at Mocrocks this week.”

Continued monitoring and subsequent PNW HAB Bulletins are planned to help guide Washington and Oregon managers this spring, as a period of limited low tides over the next two months make it safe to access clamming beaches. State managers are closely tracking HAB conditions and are working to safely open more beaches for recreational razor clam harvesting. In fact, on April 16, 2021, Oregon officials opened a portion of their south coast to razor clamming. Timely access to HAB data and forecasts are also helpful to respond to the public when commercial and recreational fisheries are closed to protect public health. Matt Hunter, Shellfish Project leader for Oregon Department of Fish and Wildlife said, “the latest bulletin was timely and valuable in helping us respond to questions about HABs and biotoxins along our coasts.”

At Mocrocks Beach, Quinault tribal members are excited for this opportunity to return to harvesting the highest population of razor clams recorded over the past 30 years. Quinault members prize razor clams as both a culturally important natural food and as a valuable source of income. Fresh razor clams are popular at local seafood restaurants and a portion of the harvest is sold commercially. 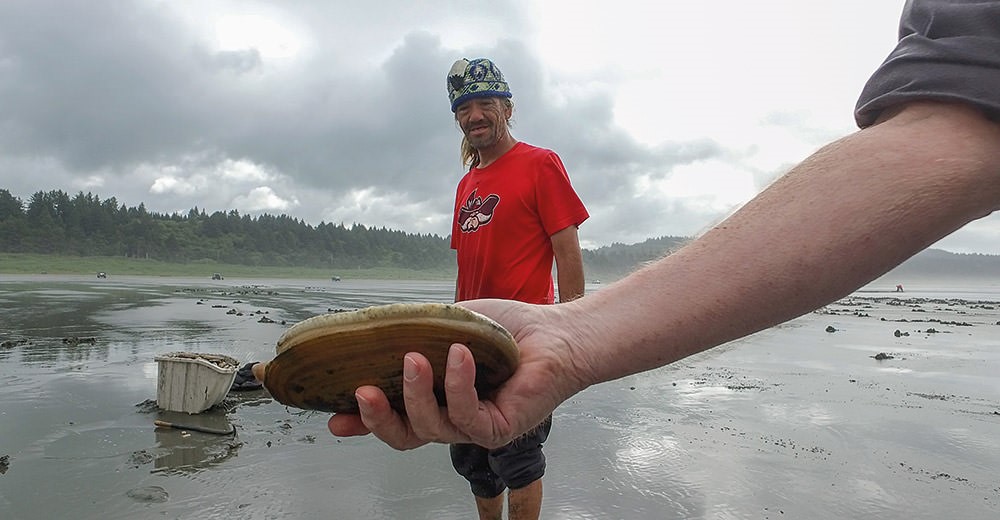 The PNW HAB Bulletin pilot project has been supported largely by NOAA NCCOS grants to University of Washington and Oregon Department of Fish and Wildlife and in partnership with the Olympic Region Harmful Algal Bloom Partnership (ORHAB), the Washington Department of Health, the Washington Department of Fish and Wildlife , the Makah Tribe and NOAA Fisheries. NCCOS grant support for the PNW HAB Bulletin project runs through 2022. The US Integrated Ocean Observing System has provided additional support to the University of Washington, the Northwest Association of Networked Ocean Observing Systems and NOAA Fisheries.  Efforts are underway to transition the Bulletin to operations at NANOOS to ensure continued delivery of trusted PNW HAB Bulletin forecasts to managers.