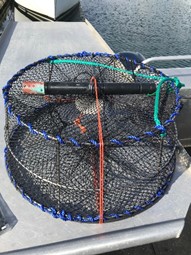 Smart and rugged dissolved oxygen sensors developed by a NCCOS-funded project have expanded deployments from the waters off Oregon to the states of Washington and Massachusetts. Dissolved oxygen levels can strongly affect habitat use by fish and invertebrates. Knowing where and when hypoxic (low oxygen) zones form is an important priority for fishermen and managers.

Hypoxia is not only an issue in the Oregon Dungeness crab fishery, but also being experienced by the Washington Dungeness crab and spot prawn fisheries and the Massachusetts lobster fishery. Project scientists are collaborating with fishery managers from Washington’s Department of Fish and Wildlife to monitor dissolved oxygen levels in Puget Sound during their Dungeness crab and spot prawn pre-season surveys. Across the country, through the project’s technology partner, the lobster fleet in Massachusetts has been equipped with dissolved oxygen sensors to detect and track the progression of hypoxic zones in Cape Cod Bay. 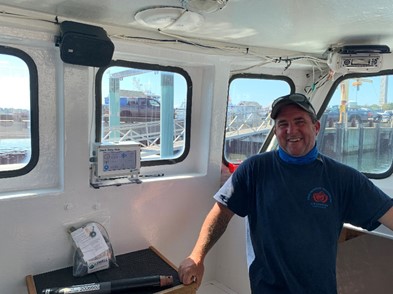 Arming managers and fishermen with new low-cost and user-friendly sensors represents a new tool for coping with the challenges of a changing ocean. By knowing dissolved oxygen levels, managers hope to better account for the potential effects of hypoxia on the distribution and catchability of some of their state’s most valuable shellfish.

This project is part of the NCCOS Coastal Hypoxia Research Program (CHRP) and led by Oregon State University.