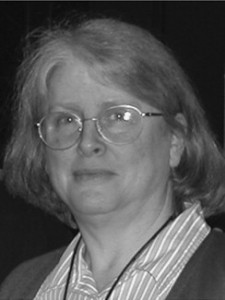 NCCOS's Dr. Frances Quay Dortch has been honored for her dedication to and advocacy for research on toxic algae and the impacts of harmful algal blooms (HABs). A special issue of the scientific journalDeep Sea Researchis dedicated to her as 'a scientist and program manager who has worked tirelessly in support of U.S. HAB research ... Since 2003, Quay has been the ECOHAB Program Coordinator for NOAA and has fought to provide funding to HAB researchers throughout the country during a time of dwindling science budgets within NOAA.'

'As we get caught up in the daily grind, we tend to forget how lucky we are to have Quay on our team. She is very highly respected among her peers from all marine science disciplines. I would love to see a poll of marine scientists taken on the world's top HAB experts; Quay would certainly fall in the top 10, maybe top five,' said Dr. Alan Lewitus, Chief of the NCCOS Ecosystem Stressors Research Branch.

The dedication is included in the preface of the special issue ofDeep Sea Research devoted to the accomplishments of the NCCOS-funded Gulf of Maine Toxicity (GOMTOX) project. Dortch is the program manager for GOMTOX - a modeling effort that predicts toxic blooms and seeks to understand the transfer of toxins to shellfish in order to protect public health and minimize economic disruption.

She received her Ph.D. in oceanography from the University of Washington, served on the faculty of the Louisiana Universities Marine Consortium from 1986 to 2003, then joined NOAA as the federal program coordinator for HABs.