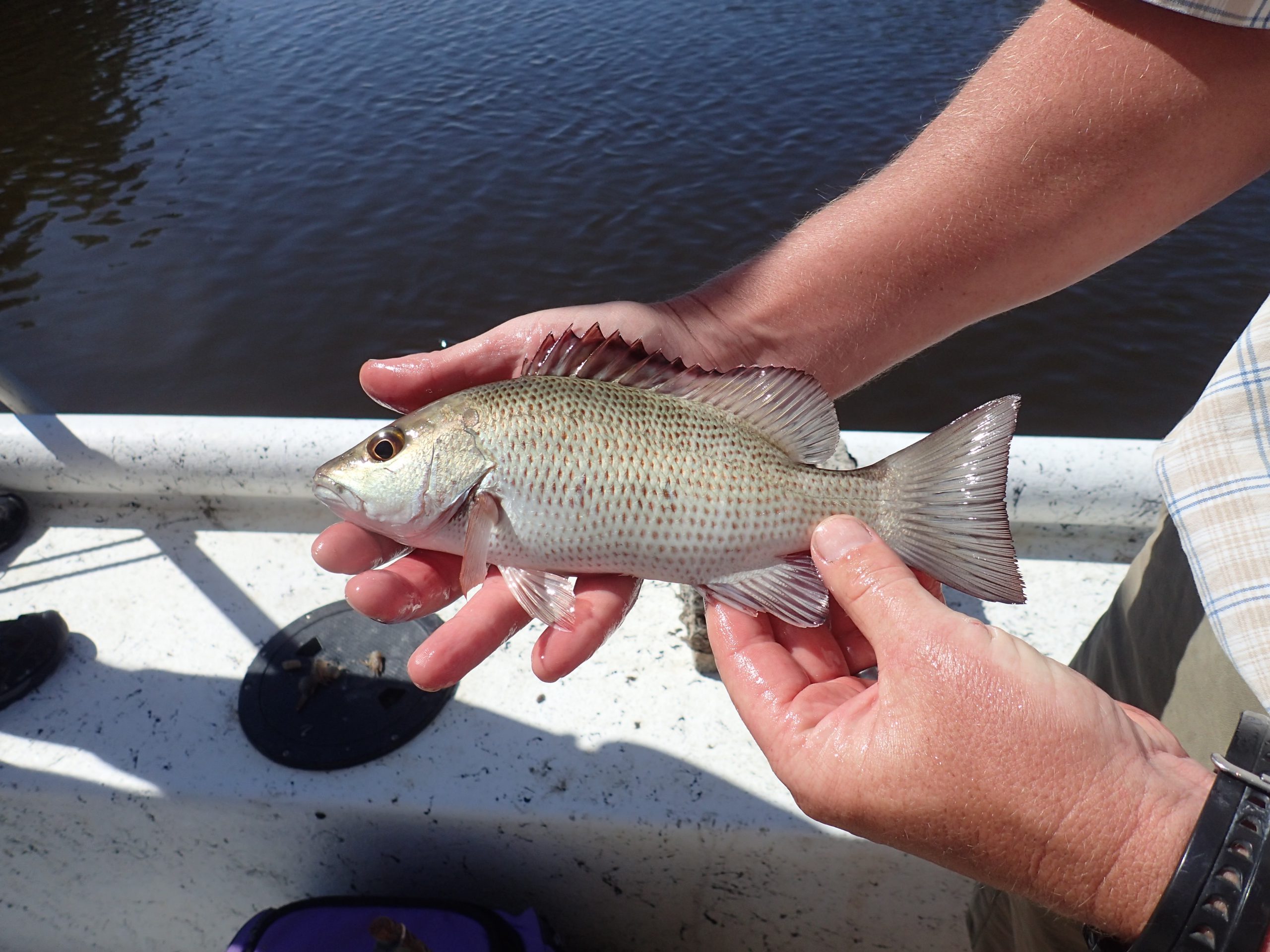 Why We Care
Mangroves provide critical habitat for recreationally, commercially, and ecologically important fish species. In southwest Florida, development has altered the natural flow of freshwater to many mangrove-lined bays. Changing the salinity and flow in mangrove habitats can affect fish communities. Multiple restoration projects are taking place in this region to restore the natural flow of freshwater to mangrove habitats, but information on how the fish community will be affected is needed.

What We Are Doing
Our goal is to understand how fish communities and their movements within these habitats are affected by changes in watershed flow to estuaries and restoration of mangrove forests. Three complementary projects are underway with the Rookery Bay National Estuarine Research Reserve (NERR).

First, we are investigating the movements of recreationally important fish species (gray snapper, goliath grouper, and redfish) using acoustic telemetry. Fish movements in response to seasonal cycles in rainfall are being tracked for two years and compared between two bays with different watershed restoration problems. Pumpkin Bay is saltier than normal due to blockage of natural watershed flow, whereas Faka Union Bay receives more freshwater than normal due to upland drainage and canal discharge.

We are also analyzing 20 years of trawl survey data collected by the Rookery Bay NERR to understand how the juvenile fish community is affected by differences in freshwater flow in Pumpkin, Faka Union Bay, and Fakahatchee Bay (a bay with more natural flow). Catch is being compared to salinity, temperature, and other environmental variables to understand the differences in fish communities among the three bays.

Last, beginning in 2021 we have tagged a group of recreationally important game fish with acoustic transmitters and are monitoring their movements in an area with an active mangrove restoration project. Fruit Farm Creek is being restored to have a more natural drainage and connection to estuarine waters. Hydroacoustic receivers will be used to track the movements of fish before, during, and after restoration is completed. 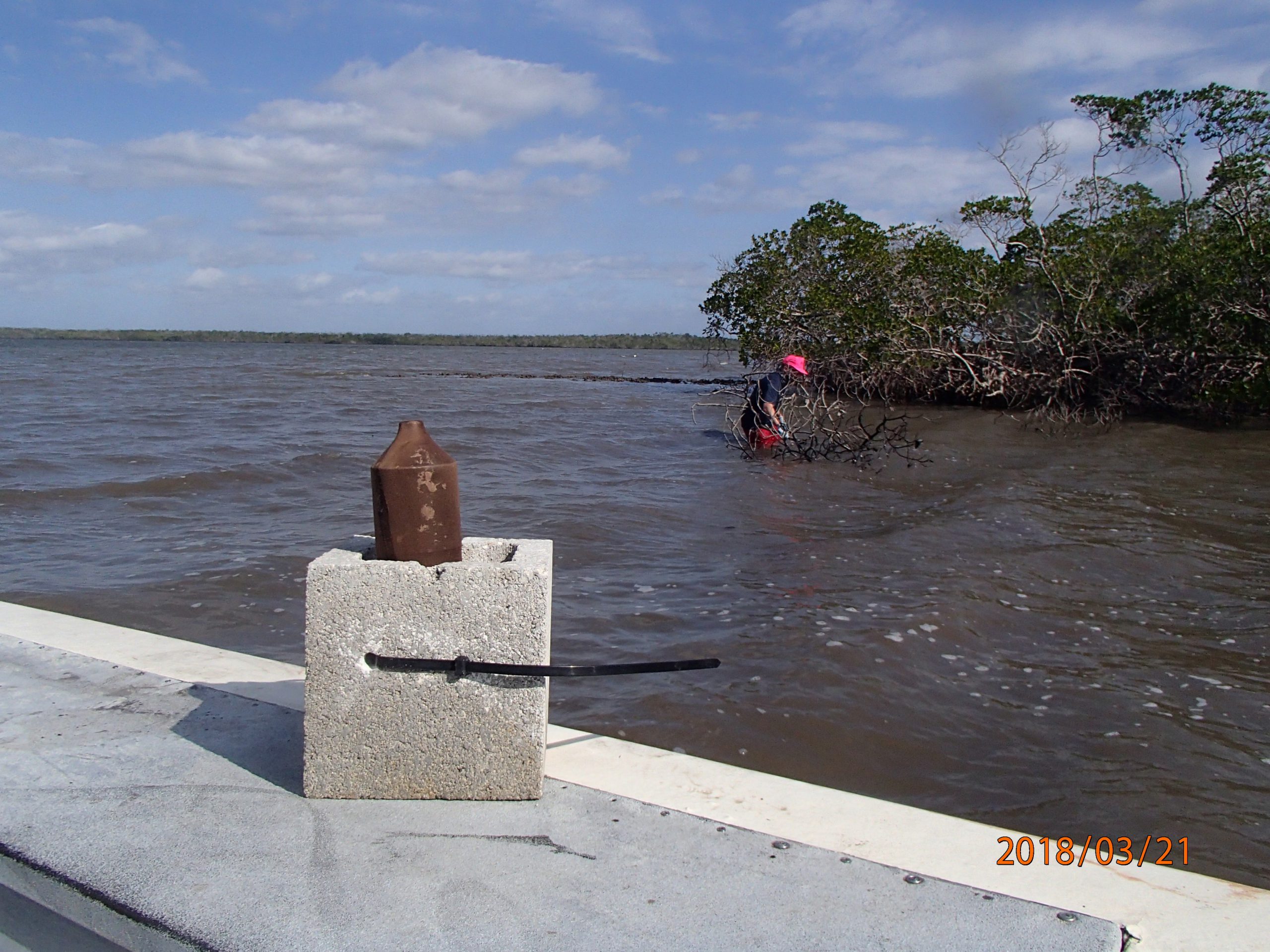 Benefits of Our Work
Our work will help guide restoration efforts in southwest Florida by demonstrating the effect of changing freshwater flow and restoration of mangrove forests on fish communities and their movements. Our work can be used to set targets for the fish community to track restoration performance and efficacy. 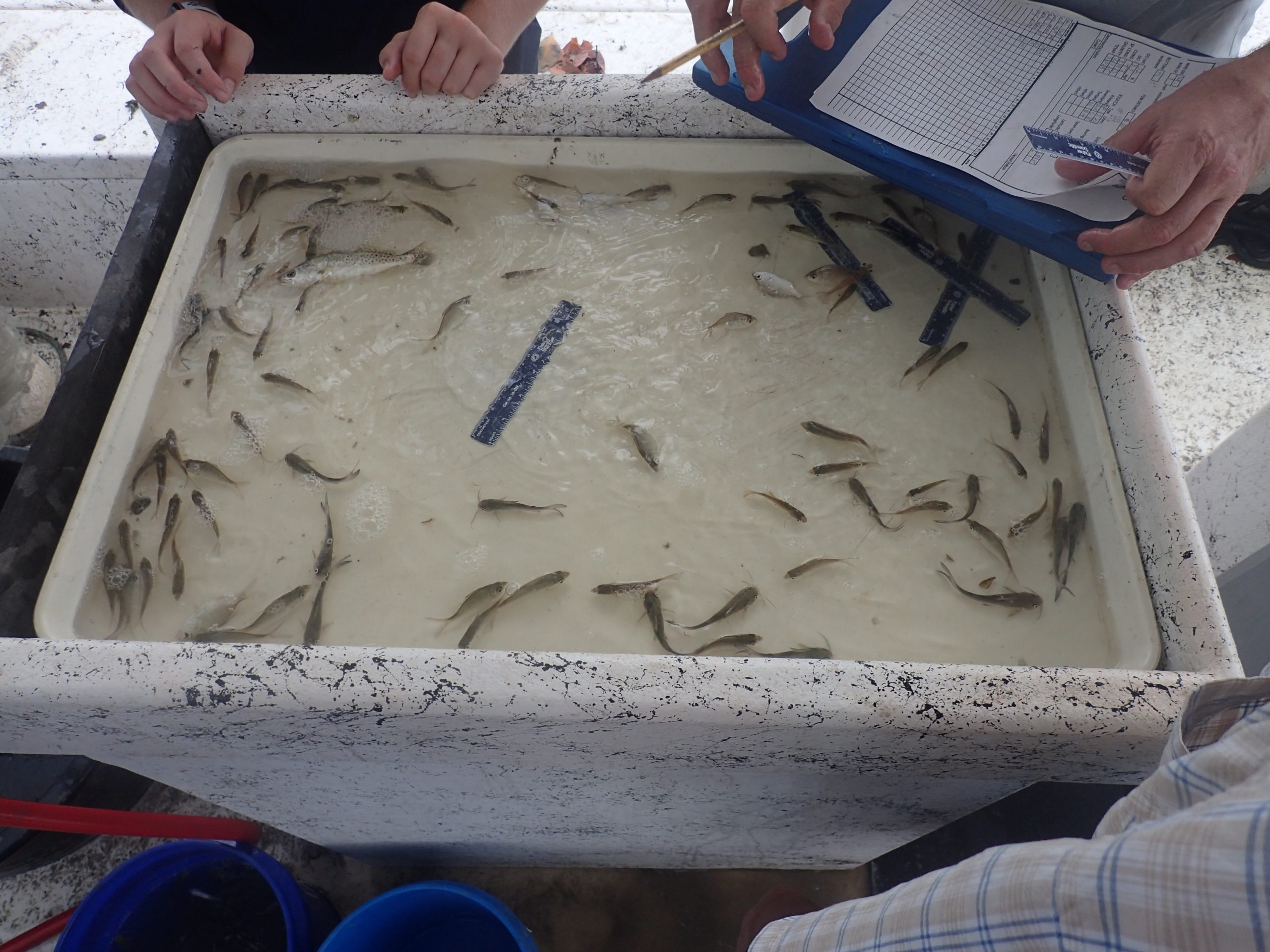