Assessment of the Beneficial Use of Dredged Sediment to Restore Mordecai Island, New Jersey

Navigation channels across the country require regular maintenance dredging to avoid infilling with sediments and becoming impassible. In an experimental strategy that is often referred to as “beneficial use,” sediments removed during maintenance dredging operations can be used to support the creation and enhancement of local coastal habitats, making these systems more resilient to erosion and sea level rise. We are evaluating the beneficial use of dredged sediment to restore Mordecai Island in New Jersey. 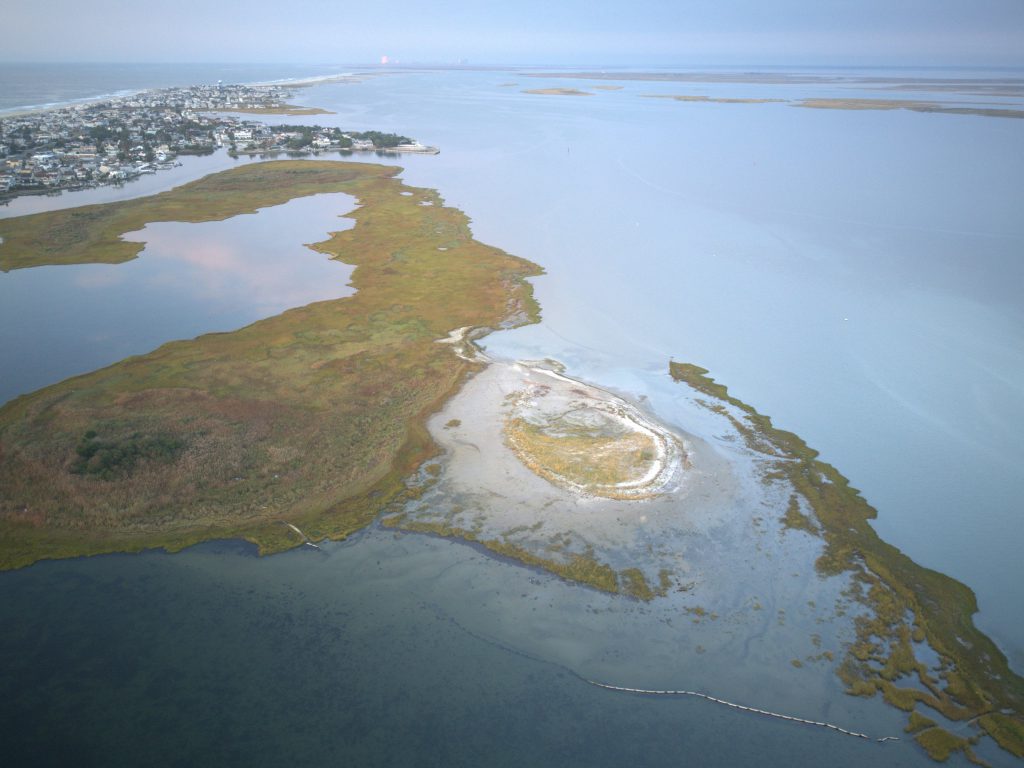 Why We Care
Mordecai is an undeveloped back barrier island that runs parallel to the Barnegat Bay shoreline of Beach Haven, New Jersey. In addition to providing habitat for a wide range of estuarine organisms and nesting shorebirds, the island serves as a wave-break, protecting the adjacent developed shoreline of Beach Haven from the erosive action of waves generated in Barnegat Bay. Over the past century, persistent wave action has taken a toll on Mordecai Island, resulting in a loss of roughly 50 percent of its total area and leading to a breach that effectively separated the island into two lobes. Continued erosion threatens the existence of Mordecai Island and the vital role that it plays in protection of the Beach Haven shoreline.

What We are Doing
In 2015, the U.S. Army Corps of Engineers used sediments dredged from the nearby New Jersey Intracoastal Waterway to fill in the breached area, essentially patching the two lobes of Mordecai Island back together with the goal of stabilizing the island against further losses. The placement area was planted with native intertidal vegetation to help anchor the dredged sediments in place. In addition to sediment placement activities, local partners including the Mordecai Land Trust, have installed a number of wave attenuating devices along the island’s western shoreline in an attempt to protect against further erosive losses. 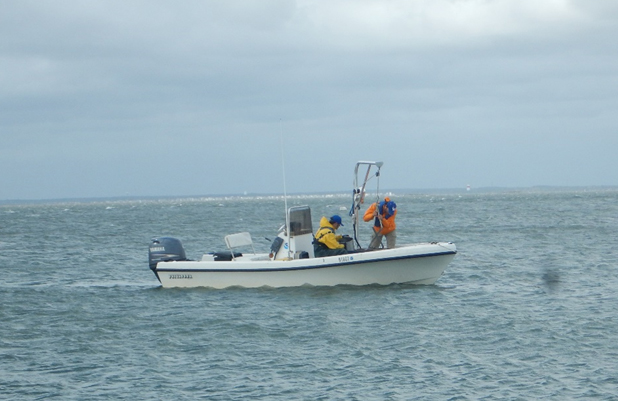 NCCOS scientists are monitoring changes in both the physical setting and biological communities on Mordecai Island to quantify the success of these ongoing restoration efforts. In addition to tracking changes in surface elevation and shoreline position over time to determine how effective the dredge placement and shoreline modifications are at stabilizing the island, we are also evaluating the ecological impacts of these activities by monitoring changes in saltmarsh vegetation, seagrass cover and the abundance and diversity of nearshore benthic invertebrates. An understanding of how each of these groups of organisms responds to the shoreline modifications occurring on Mordecai Island is crucial to determining the broader ecological impacts of sediment placement and shoreline protection strategies.

Benefits of Our Work
In 2010, The U.S. Army Corps of Engineers began the Engineering with Nature (EWN®) initiative to develop coastal protection strategies that combine natural ecosystem processes with traditional engineering approaches. This essentially means building or enhancing natural features like dunes, marshes, or in this case, islands, to increase the resilience of coastal communities to threats like erosion, storm induced flooding, and sea level rise. The Mordecai Island restoration project is one of the initial testing grounds for this approach. Our research will allow for a scientific evaluation of both the effectiveness and ecological impact of sediment placement activities at Mordecai Island and will ultimately inform the planning and development of other beneficial use projects nationwide.