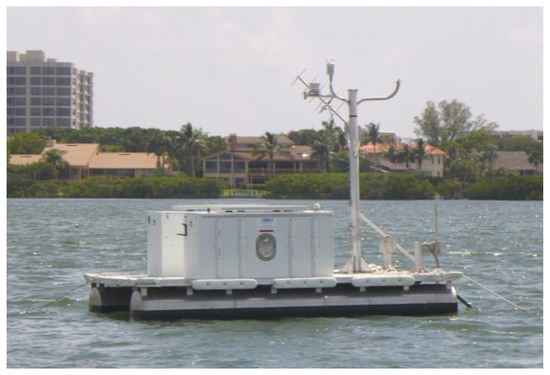 Urea is a form of nitrogen that is commercially used in fertilizers, resins, adhesives, and feed supplement for cattle. It is also a natural metabolic waste product of most living organisms. In Florida, urea is used as a fertilizer for animal feeds, citrus crops, and lawns (Obreza, et al 1993). Recent increases in global urea usage have the potential to alter the form and amount of nitrogen inputs to coastal waters. This shift may impact phytoplankton community diversity and nutrient cycling, leading to more phytoplankton blooms, which may include toxic species.

An autonomous water quality monitoring and sampling platform, called “MERHAB Autonomous Research Vessel for in situ sampling (MARVIN)” (Figure 1), was deployed from June to November 2009 in Sarasota Bay (Figure 2) and captured the three blooms using meteorological and water quality instrumentation. This platform was developed in the early 2000s by the Florida Fish & Wildlife Conservation Commission and supported by the NCCOS MERHAB Program. 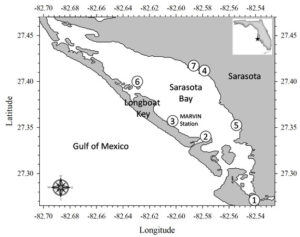 Shallow, lagoonal Sarasota Bay is characterized by extensive and growing urban and suburban development and limited tidal exchange or freshwater inputs. “Finger canals” retain water and nutrients that get flushed out when the prevailing wind flows perpendicular (at 90 degree angles) to the canals (Figure 3).

This study supports the need for high temporal resolution autonomous water quality data over a long monitoring period as crucial for making resource management decisions. Conducting research over the course of several seasons would provide the opportunity to examine how seasonal and climatic changes are influencing plankton community dynamics. 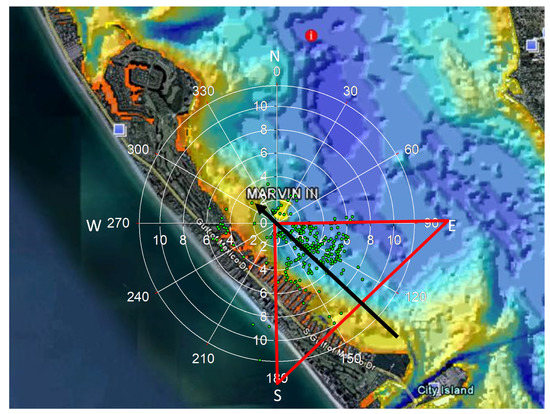