NCCOS and NOAA’s Arctic Program supported research that led to an important discovery in the Bering Strait and North Slope regions of Alaska that raises concerns for Arctic wildlife health. 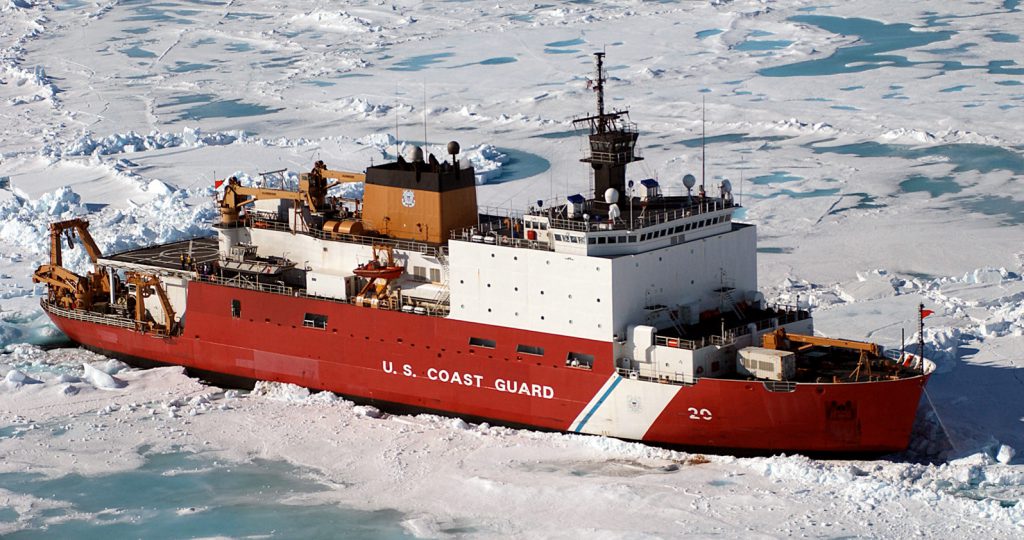 The recent discovery of Alexandrium cyst beds in the Chukchi Sea, combined with warm water temperatures in recent years, has increased the likelihood of harmful algal blooms (HABs) moving north along the Alaska coast. Some Alexandrium species produce paralytic shellfish toxins that are harmful to marine wildlife and humans. The recent marine animal mortalities in the Bering Strait Region involved birds, fish, krill, clams, a bowhead whale, a minke whale, ice seals, and walruses and occurred during a period of exceptionally warm sea surface temperatures. In addition to potential direct effects of temperature, these mortalities also raised concerns that the animals were affected by HAB toxins. NCCOS HAB Event Response funding supported analysis of HAB toxins in clams and marine mammal tissues to determine the role of these toxins in the multi-species mortality event.

Over the past decade, Dr. Kathi Lefebvre, a research biologist with NOAA’s Northwest Fisheries Science Center, has studied HAB toxins in Alaska marine animals. She found paralytic shellfish toxins and domoic acid (produced by some Pseudo-nitzschia species) in feces and stomach contents of walruses, whales, and ice seals. As quoted in a recent article in The Nome Nugget, Dr. Lefebvre said that HAB toxins have been documented in almost every arctic marine mammal species, “but we don’t yet have conclusive evidence that the toxin levels are high enough to cause health impacts in these Arctic marine mammals.” 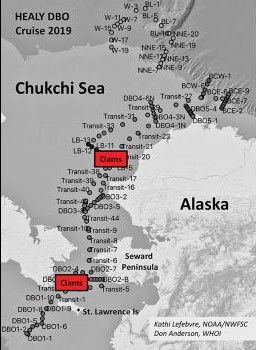 Results from analyses of animal tissues were inconclusive regarding the role of HAB toxins in the multispecies die-off that occurred in June and July 2019 in the Bering Strait Region. Domoic acid was not detected in any of the samples and only low levels of paralytic shellfish toxins were detected in a few animals. The absence of high toxin levels is not a clear indicator because the animals sampled were at advanced stages of decomposition and previous exposure levels before death are unknown.

However, Dr. Lefebvre measured concentrations of paralytic shellfish toxins that exceed seafood safety regulatory limits in clams sampled at offshore locations in the Chukchi and North Bering Seas on a subsequent DBO cruise aboard the USCGC Healy. These clams were collected from the seafloor and not accessible to human harvesters, but do pose a risk to marine mammals such as walruses foraging in those areas. Alexandrium cells in water samples collected at the same DBO stations were found to be at bloom densities. These findings prompted Alaska Sea Grant, in cooperation with multiple Alaska agencies and the Woods Hole Oceanographic Institution (WHOI), to issue a warning bulletin regarding increased toxin presence in the Bering Strait and Chukchi Sea regions.

Shellfish in Southeast Alaska can contain extremely high levels of paralytic shellfish toxins produced by Alexandrium, up to 50 times the seafood safety regulatory limit. “We’ve been concerned about harmful algal blooms in the subarctic and the Arctic,” Lefebvre said. However, this is the first time that the researchers have seen and documented clams with saxitoxin levels above the regulatory limit this far north and at the seafloor. The data from this NCCOS HAB Event Response effort highlight the importance of continued research on the transfer of HAB toxins through marine food webs and the potential for HAB-related health impacts in marine wildlife and humans in Alaska.

Editor’s note: Some Information contained herein is based on articles by Diana Haecker of The Nome Nugget and Paula Dobbyn of Alaska Sea Grant. Please refer to these articles for additional information.