NCCOS collaboration with a major Irish public research university and the Irish agency responsible for marine research led to the successful adaptation of a NCCOS employed satellite ocean color processing method for red tide to a related harmful algal bloom (HAB) species in Irish waters. This methodology, called the Red Band Difference (Amin et al., 2009) algorithm, looks at the relative fluorescence of the algae and allows for Irish monitoring and early warning systems to improve detection and help mitigate HABs that threaten Irish aquaculture. The algorithm was tested in Irish waters for the first time.

(A) Map of study area in the Celtic Sea. (B) In situ sample locations are noted as points along the transect and the polygon location for the particle tracking model is outlined by the black line. Bathymetry is represented in meters. Credit Jordan et al., 2021.

In order to mitigate against and prepare for the impacts of HABs, it is essential to detect, monitor, track and forecast their development and movement in real time. Satellite remote sensing techniques are powerful tools to detect and monitor the movement of surface phytoplankton blooms due to the vast area covered in a single measurement.

The use of satellite technology focused on chlorophyll and sea surface temperature, combined with field sampling for verification, can support early warning systems for certain HAB types. Ocean color sensors and algorithms designed to detect both benign and toxic phytoplankton blooms have continually improved since the launch of the first ocean color sensor in 1978.

Standard ocean color algorithms that estimate phytoplankton chlorophyll concentration from satellite sensors use the blue and green spectral bands of the visible spectrum. These algorithms are well used in open ocean water where optical properties are influenced predominantly by phytoplankton (classified as “Case 1” waters). The algorithms are not as accurate in the more optically complex coastal and inland “Case 2” waters where dissolved organic matter and suspended particulate matter dominate and can be misinterpreted as chlorophyll.

To determine the concentration of chlorophyll-a when other optically active constituents, such as colored dissolved organic matter (CDOM) or suspended particulate matter (SPM), exist, different types of algorithms were developed for measuring reflectance. Standard algorithms that use the more-narrow wavelength blue-green spectra are important methods of determining chlorophyll concentrations in open ocean Case 1 waters. However, in coastal Case 2 waters, CDOM and sediment interference require an algorithm for measuring chlorophyll fluorescence using the red bands. The bio-optical chlorophyll fluorescence Red Band Difference (RBD) algorithm is less sensitive to CDOM, SPM, and atmospheric corrections and is useful in coastal waters. RBD is used by NCCOS to monitor and forecast HABs in coastal areas of the US. 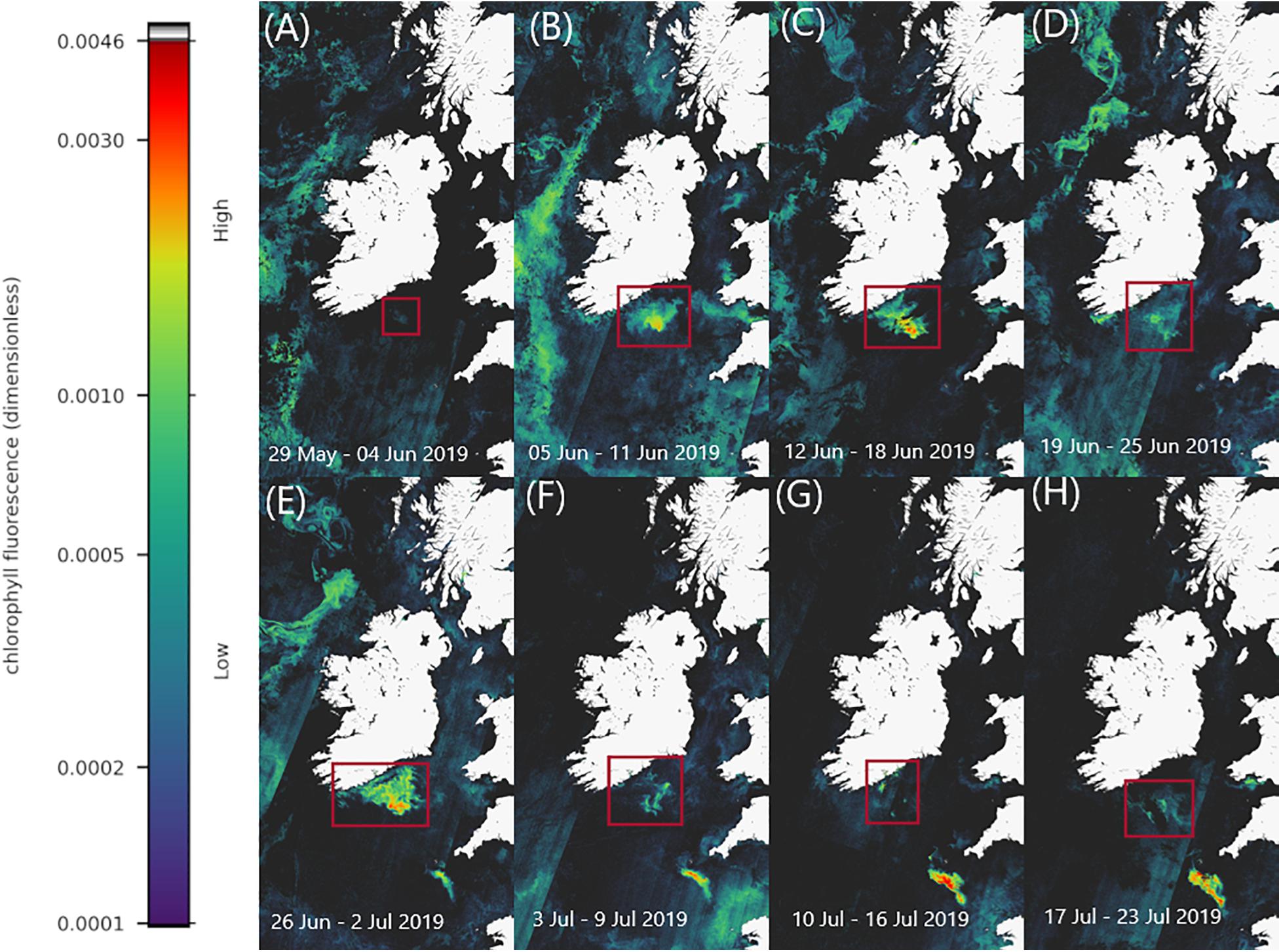 Ireland has a weekly HAB bulletin, published to help aquaculture business managers make practical decisions to mitigate against potential HAB impacts. The bulletin contains several data products based on historical and recent biotoxin and phytoplankton profiles, satellite and oceanographic in situ and modelled forecasting data; the bulletin does not currently incorporate RBD analysis. Blooms of the common US HAB, Karenia brevis, were never recorded in Irish waters, but toxic Karenia mikimotoi blooms frequently occur in shelf waters of the northeast Atlantic Ocean

The study, published in the journal Frontiers in Marine Science with co-authors from NCCOS the Marine Institute of Ireland and the National University of Ireland Galway, investigated for the first time, the suitability of using the NCCOS-produced bio-optical chlorophyll fluorescence (RBD) algorithm to detect and monitor HABs around the Irish coast, specifically in the Celtic Sea, south of Ireland.

Daily satellite imagery processed using the RBD algorithm detected a June 2019 bloom in Celtic Sea surface shelf waters and helped monitor its movement. Good agreement was observed between satellite imagery of the bloom and a particle tracking model used for the study. Actual ocean sampling efforts from a research cruise and the national inshore phytoplankton monitoring program confirmed that Karenia mikimotoi was the causative organism of the bloom. 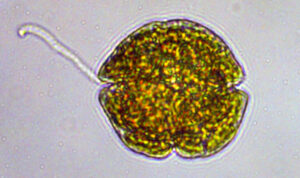 You are invited to view a special webinar on this study with lead author Catherine Jordan of the Marine Institute, Ireland and the National University of Ireland, Galway. The live webinar, held June 22, 2021, is accessible through adobe connect: https://noaabroadcast.adobeconnect.com/pb5txbj5895u/ , or via a mp4 recording (~66mb) that can be downloaded.