Around mid-August, a bloom of the dinoflagellate Alexandrium monilatum appeared in lower Chesapeake Bay and its tidal tributaries. It is unclear whether the bloom originated there or was carried there by currents. Since it first appeared in the York River and at the oceanfront off Sandbridge Beach, the bloom has been observed miles into lower Chesapeake Bay, in the lower James River and its tributaries (the Lafayette and Elizabeth Rivers), and in the Lynnhaven River in Virginia. The region has never experienced such an extensive bloom of this species, which is receiving additional attention because of its bioluminescence. 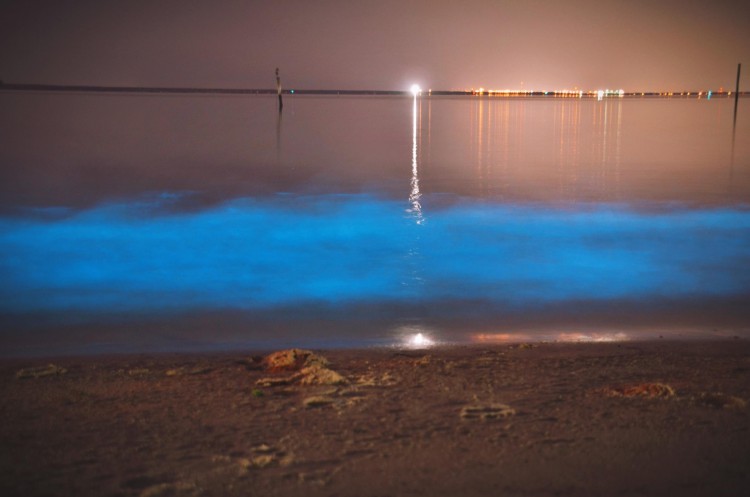 A. monilatum has no known human health impacts, but its appearance has raised concerns among bay hatcheries and restoration programs as it can produce a toxin that is lethal to fish and shellfish. Crab and small fish kills have been reported, as have high mortalities of oysters from several growers around the York River, but a link to the bloom has yet to be established. 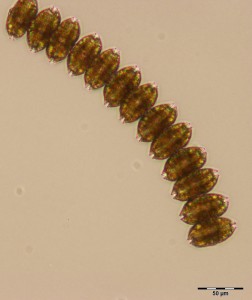 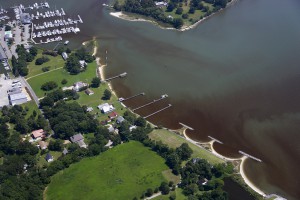 Aerial view of A. monilatum bloom in Sarah's Creek, near mouth of the York River in Virginia (August 2015). Credit: Wolf Vogelbein, VIMS.