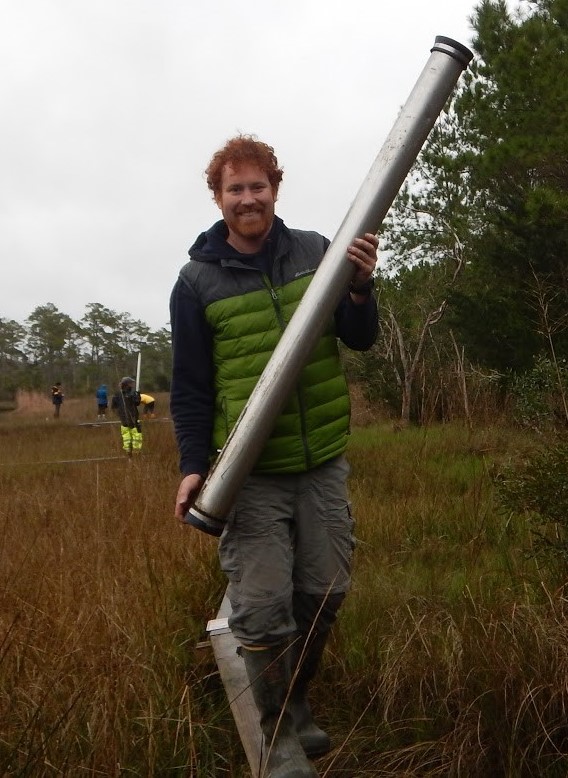 Nathan McTigue, former NRC post-doc with NCCOS, carrying a sediment core removed from a salt marsh on USMC Base Camp Lejeune. The results of this research project, including analysis of this core, are at https://doi.org/10.1029/2019JG005207 . Credit C. Currin, NOAA NCCOS.

Sea level rise, shoreline erosion, and pond formation threaten salt marsh habitat at U.S. Marine Corps (USMC) Base Camp Lejeune in North Carolina. Scientists from the NOAA NCCOS Beaufort (NC) Lab are providing the base with data and strategies to address the problem. Since 2007 NCCOS Beaufort scientists have investigated coastal habitat types, sediment supply rate, and long-term erosion rates at Camp Lejeune to help sustain the military mission of the base. Recently, NCCOS research at Camp Lejeune has focused on carbon sequestration or capture.

The Defense Coastal/Estuarine Research Program was an award-winning 10 year research and monitoring effort to understand the potential impacts of climate change on the military training mission at USMC Base Camp Lejeune. As part of this effort, NCCOS scientists, leading a highly-regarded research program in salt marsh ecology and sea level rise, investigated salt marsh resilience to sea level rise and the potential for marshes to store carbon in their sediments. The long term (century to thousands of years) burial of carbon in coastal wetland habitats is often described as ‘blue carbon.’ Although scientists have identified marshes as having one of the highest rates of carbon burial per unit area, the relationship between marsh response to sea level rise, and how that response may impact carbon burial rates, is less well understood.

As highlighted in a recent NC Sea Grant article, the research is determining the critical role of coastal ecosystems in removing carbon from the atmosphere. Taking sediment cores from seven feet below ground, radiocarbon dating later determined the sediment contained carbon that the marsh had stored for almost 2,500 years keeping the stored carbon from returning to the atmosphere as carbon dioxide. 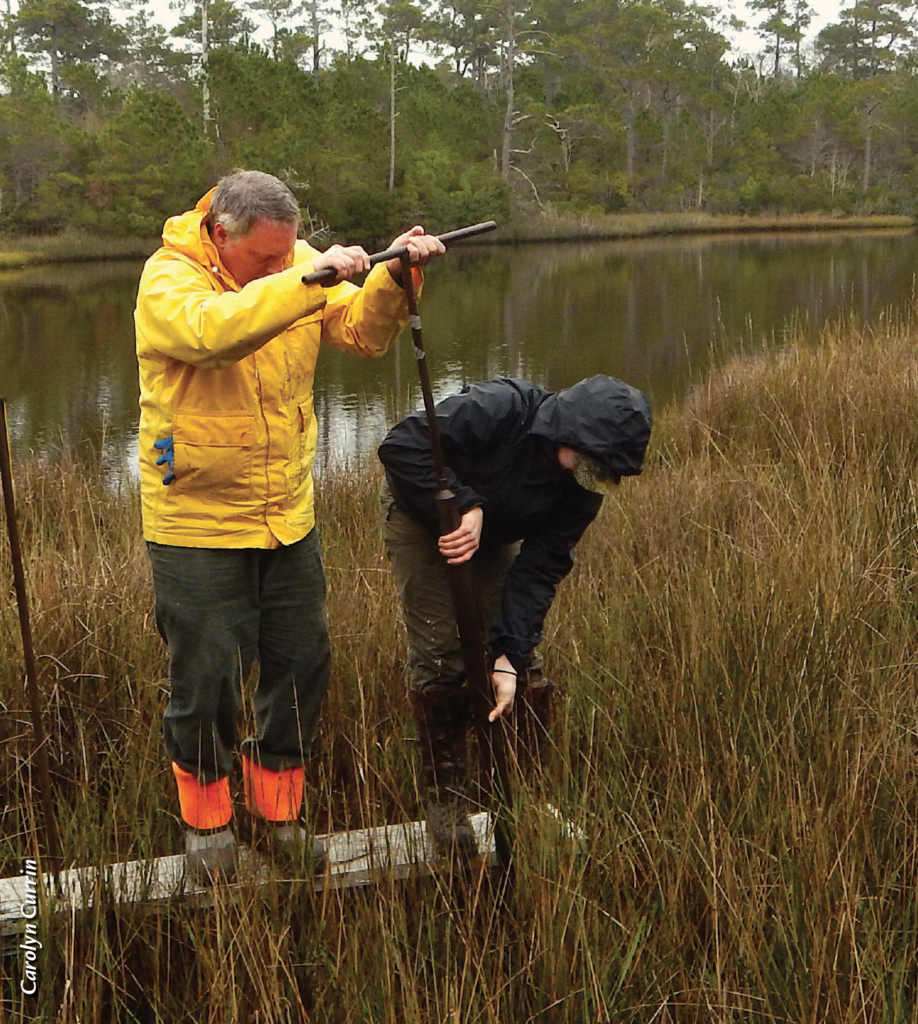 Lead scientist Dr. Carolyn Currin says marsh ecosystems are more effective than any other type of habitat in the world, including terrestrial and freshwater ecosystems, at carbon sequestration and storage. However, she warns, the accelerated rate of sea level rise might significantly affect carbon storage in coastal ecosystems. “Although sea level rise brings more tidal water and sediments into the marshes,” she says, “we’re finding that our low marshes in North Carolina are not keeping up with sea level rise, and carbon accumulation will end quickly if the marshes convert to mudflats.” Rising sea levels could drown marshes, not only ending the capacity of the land to store carbon, but also releasing carbon that had already been stored for thousands of years back into the atmosphere.

NCCOS research shows that Camp Lejeune’s coastal marshes are not only protecting the training base and the mission of the USMC, the marshes are also storing large amounts of carbon and preventing it from entering the atmosphere. Preserving these and other coastal marshes in the face of sea level rise is vital to stem greenhouse gas emissions and protect coastal infrastructure. 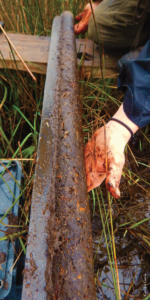