Offshore oxygen has declined along the U.S. west coast, while wind-driven coastal upwelling has increased, exposing benthic habitats to low oxygen annually. The Dungeness crab fishery is already experiencing impacts from the intensification of hypoxia, with traditional fishing grounds often yielding no crabs or pots full of dead crabs.

To better understand how hypoxia is affecting the Dungeness crab fishery, researchers funded through the NCCOS Coastal Hypoxia Research Program are collaborating with commercial crab fishers to deploy 40 dissolved oxygen sensors on commercial crab pots. The information from the sensors will provide the scientists with a better understanding of how hypoxia overlaps with fishing grounds and its consequences, the species' threshold for hypoxia, and how hypoxia might affect stock assessments used to manage the fishery.

This NCCOS-sponsored project is led by Oregon State University (OSU). To learn more about this project, see OSU’s press release. 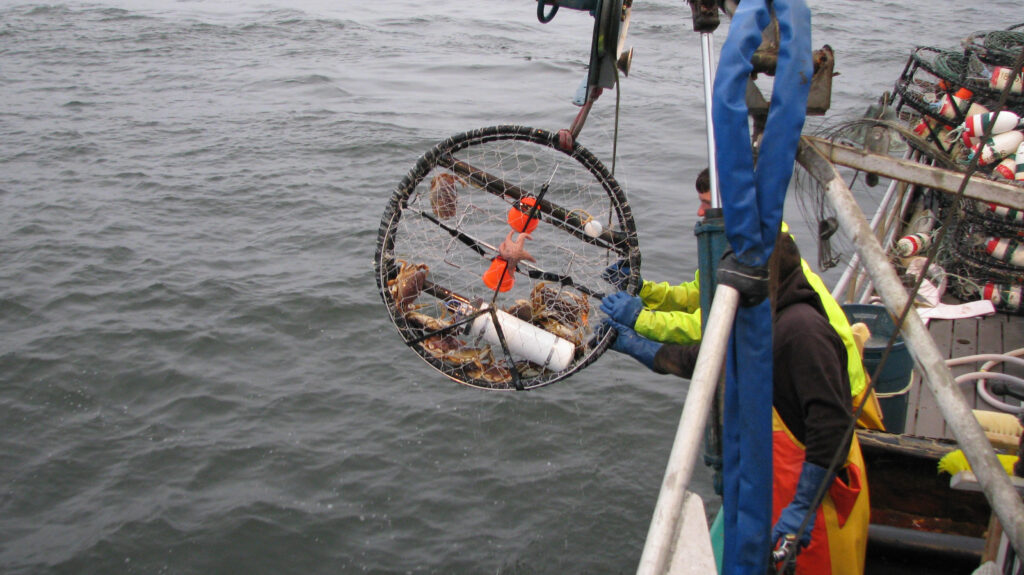