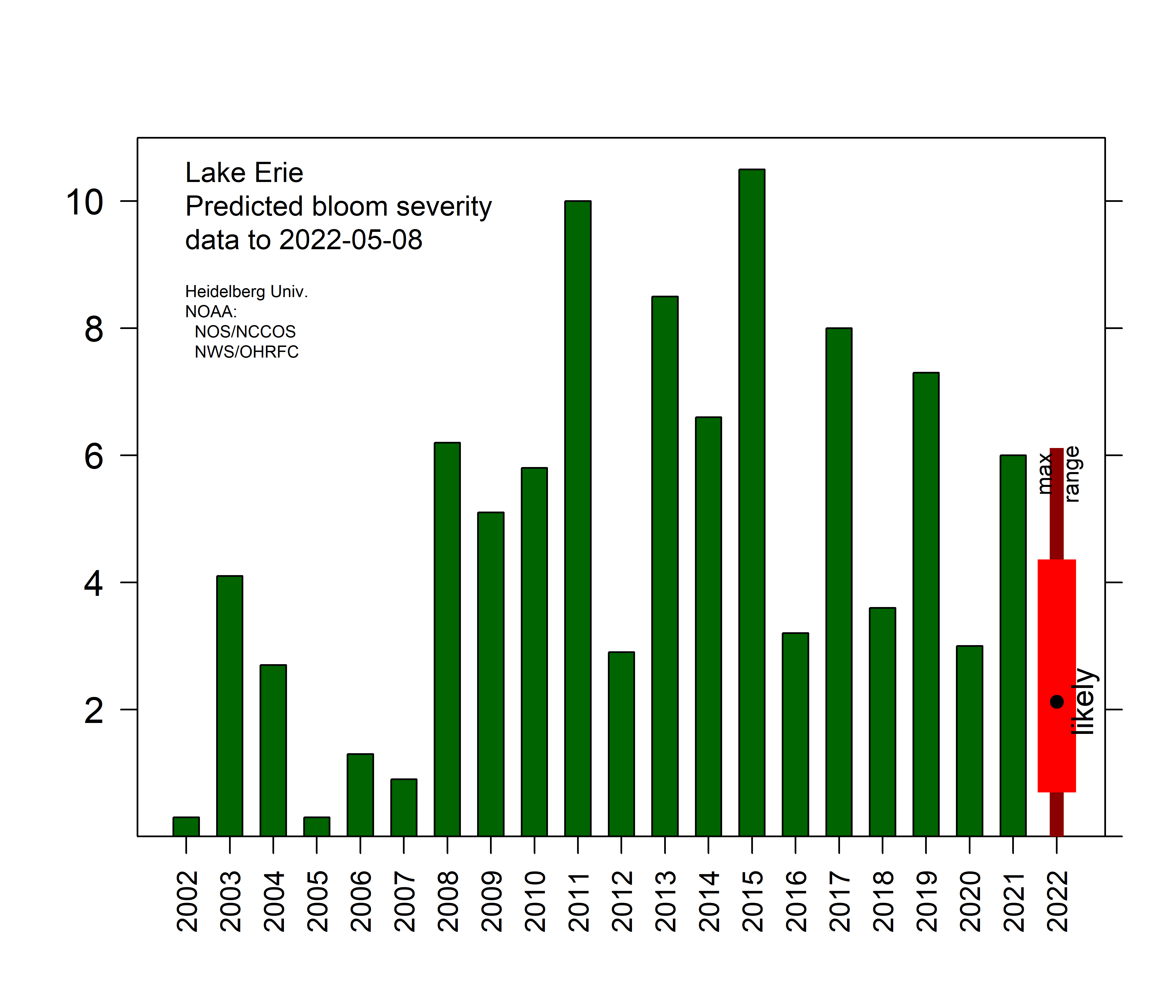 Blooms with a severity index above 5 generally pose greater risk to drinking water and recreation in Lake Erie, but the impact of a bloom also depends on its location, toxicity, and duration. The largest blooms, 2011 and 2015, were 10 and 10.5, respectively.

March and April rains and associated discharge and phosphorus loads for the Maumee River have been lower than average. Models currently indicate a likely bloom severity of less than 6, but if precipitation for the rest of the spring remains near or below average, a less severe bloom (<3) is likely. The cone of uncertainty for this forecast will continue to narrow as additional rain and river discharge data is collected over the next two months.

The severity of the western Lake Erie cyanobacterial bloom depends on input of total bioavailable phosphorus (TBP) from the Maumee River during the loading season (March  – July). The NOAA forecast gives an estimate of potential bloom severity based on a combination of TBP measurements to date collected by Heidelberg University and forecasts of river discharge (by NOAA’s Ohio River Forecast Center) and phosphorus loads from now into July.

Projections of the bloom’s severity will be issued weekly through late June. On June 30, NOAA will issue the official Lake Erie HAB Seasonal Forecast in coordination with Ohio Sea Grant. Any bloom that develops will change with time and move with the wind, and NOAA will provide information on the presence and location of any bloom throughout the summer.