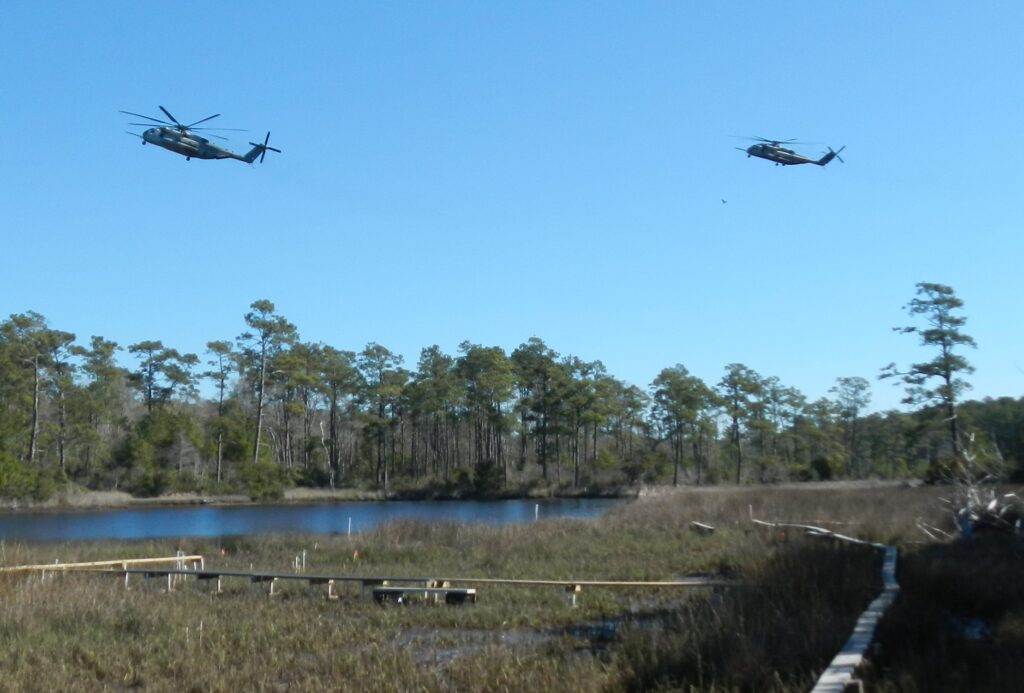 Large portions of many DOD installations harbor natural communities and have become refuges for threatened and endangered species. Like all federal agencies, the DOD must meet environmental regulatory standards and laws, such as pollution and endangered species. The military mission also depends on conservation of natural ecosystems and their key ecological processes to provide training realism.

The DOD Defense Coastal/Estuarine Research Program (DCERP) was a 10-year multi-investigator initiative to improve understanding of ecosystem processes and their interactions with natural and anthropogenic stressors at Marine Corps Base Camp Lejeune. The DCERP was aimed at facilitating ecosystem-based management at the Camp Lejeune and other coastal military installations. DOD contracted with NCCOS and other organizations to carry out the DCERP at Camp Lejeune.

DCERP consisted of 19 research projects distributed among four ecosystem modules: Aquatic/Estuarine (rivers, creeks, and estuary), Coastal Wetlands (salt and brackish marshes), Coastal Barrier (island), and Terrestrial (pine and hardwood forests). To support this research, an additional project focused on the development of uniform historical and projected patterns of climate change for this region. 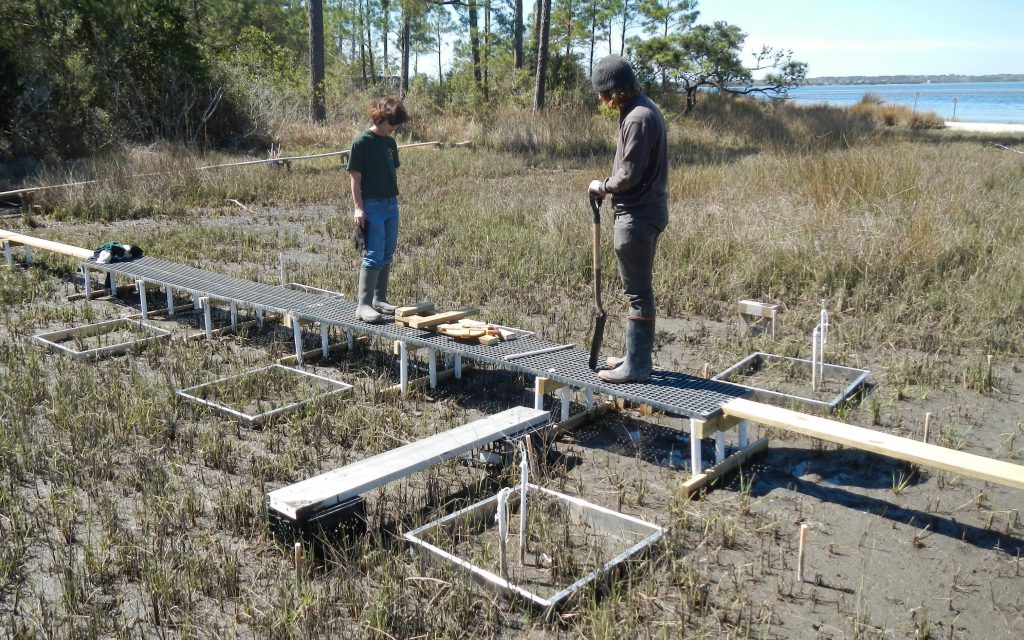 NCCOS’s research contribution focused primarily on the coastal wetlands module. The results of the coastal wetland research provided a foundation for developing and testing adaptive management approaches to improve the sustainability and resilience of Camp Lejeune salt marshes to sea level rise and erosion. The research showed that fertilizer additions resulted in short-term increases in marsh surface elevation, with the response moderated by inundation, and may increase marsh resilience to sea level rise in some settings. At sites with long inundation periods there may be no response to fertilization since accumulated sulfide inhibits uptake of nitrogen by the flora. Fertilizer addition may also not be appropriate at the edge of tidal creeks, as nitrogen additions can increase microbial decomposition and result in a five-fold increase in net carbon loss and erosion.

The findings led to a partnership with the U.S. Army Corps of Engineers to conduct pilot projects to test thin-layer dredged sediment application as a means to provide marshes with "elevation capital" and increase resiliency to sea level rise. The response of low lying cordgrass (Spartina alterniflora) marsh to thin layer sediment additions in this pilot program matched model predictions based on field observation.

Key to the success of the DCERP was the use of a Technical Advisory Committees (TAC) and a Regional Coordinating Committee (RCC). The TAC, composed of scientists representing expertise in each of the ecosystem modules, ensured the quality of the science and the integration and synthesis across ecosystems. The RCC, which included representatives from city, county, state, and federal agencies and nongovernmental organizations, provided input from stakeholders outside the organizational jurisdiction of Camp Lejeune. These management tools, commonly employed by NCCOS, were critical for bridging the gap that often occurs between scientists and managers. 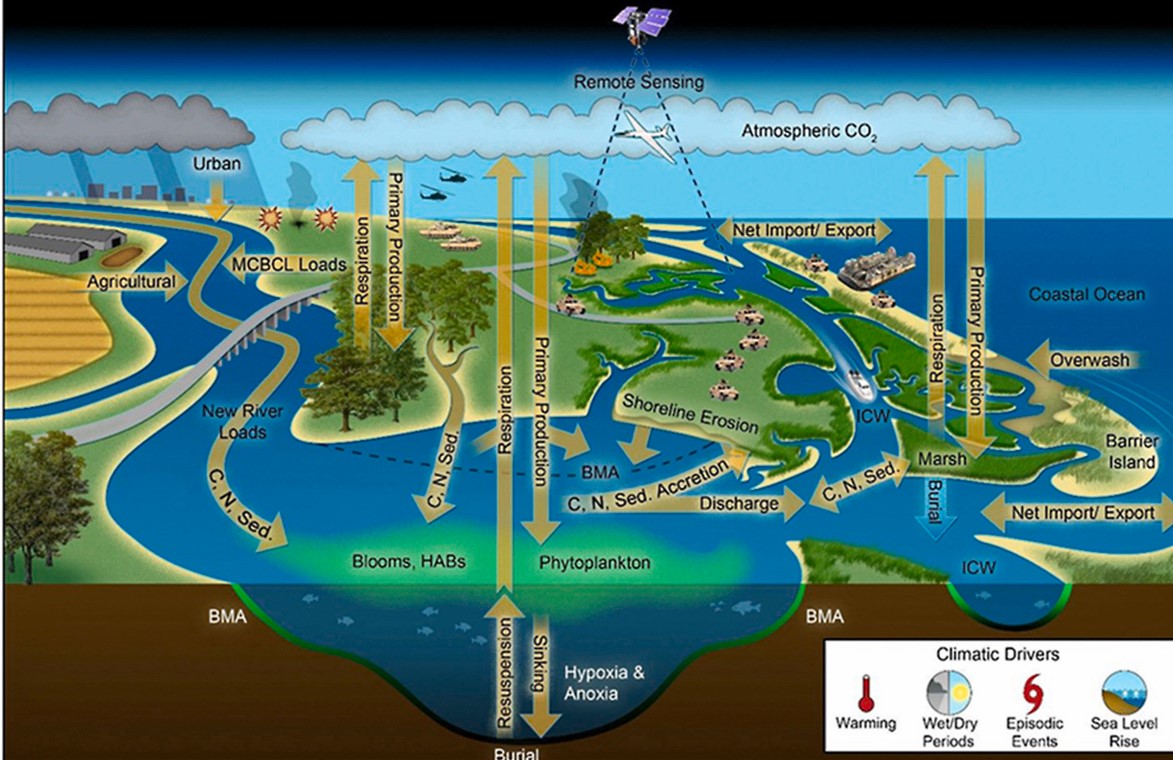