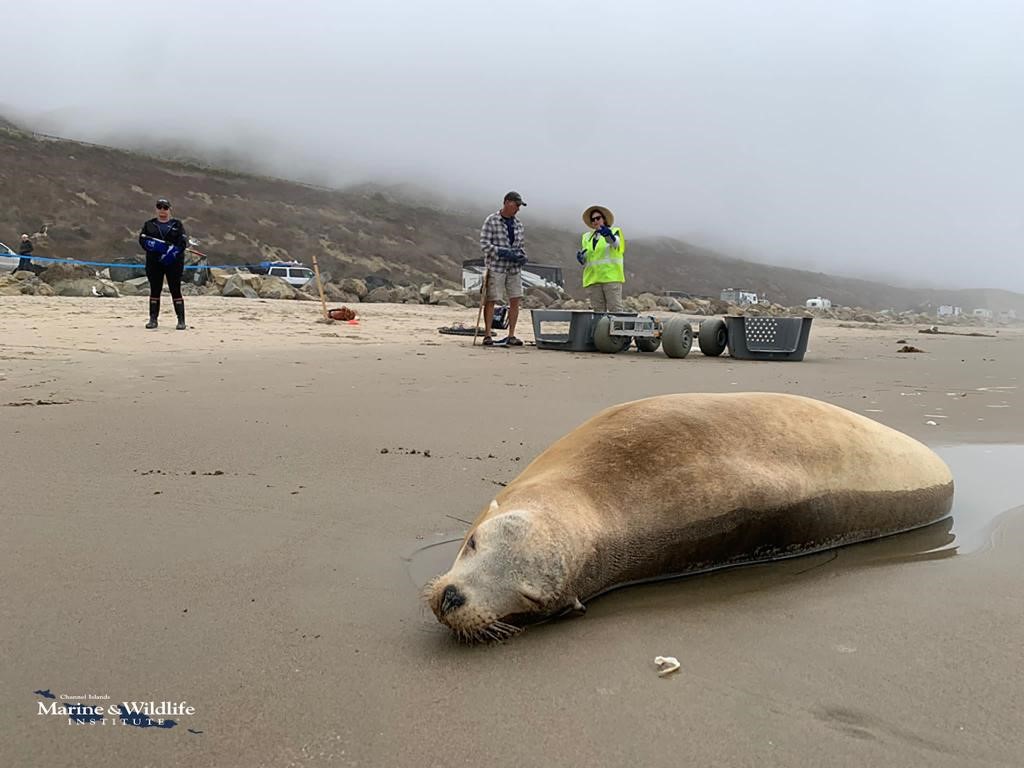 The California Harmful Algae Risk Mapping (C-HARM) System, which uses satellite imagery and circulation modeling to produce spatially explicit domoic acid forecasts, has produced forecasts that align with the present event, first predicting a highly localized patch of domoic acid risk in the Ventura, CA area that eventually spread into the Santa Barbara Channel and has recently intensified in a narrow coastal swath from Orange County to the Mexico border. However, SCCOOS-funded pier monitoring via the Harmful Algal Bloom Monitoring and Alert Program (HABMAP), which collects weekly phytoplankton and water quality data at ten locations along the California coast, has not captured indications of a significant bloom event.

Given the mismatch in coastal phytoplankton monitoring and ecosystem impacts during this event (ie. cell concentrations were not detected by pier monitoring despite marine mammal strandings on beaches with signs of DA intoxication), this award will support the offshore sampling of domoic acid concentrations in areas not routinely monitored in the Santa Barbara Channel. This sampling will be conducted aboard the Santa Barbara Channelkeeper cruises-of-opportunity. It is critical to sample the bloom as quickly as possible to better understand cross-shore variability and the nearshore/offshore decoupling of domoic acid production.

In addition, this award will support the determination of acute impacts to marine wildlife by funding analysis of the active toxin – domoic acid in animal tissues – to assist in keeping track of marine mammal impacts throughout the bloom event. Scientists at SCCOOS and SCCWRP will work directly with regional partners, including the California marine mammal stranding network, and local communities to communicate results from this emergency response.

The NCCOS HAB Event Response Program provides immediate assistance to help federal, state, and local officials manage events and advance the understanding of HABs as they occur. For more information about the Event Response, contact marykate.rogener@noaa.gov.