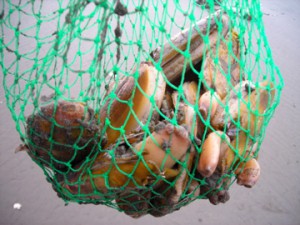 These data, together with analysis of the oceanographic and meteorological conditions, will help identify factors contributing to the HAB outbreak and its severity, and predict whether the algal bloom will continue throughout the remainder of the year or recur in future years. The information is critical for warning the public during the upcoming popular razor clam harvesting season between late August and October.