NCCOS-sponsored research on a natural algicide produced by Shewanella bacteria found that the compound can kill toxic algae without much harm to other organisms. The findings suggest that nature itself may offer environmentally friendly ways to control harmful algal blooms.

Past NCCOS-funded research projects (2010, 2015, and 2020) have shown that the bacterium Shewanella sp. IRI-160 can produce a compound that is lethal to harmful algae, such as Karenia brevis and Karlodinium veneficum, offering a potential tool to prevent or mitigate toxic algal blooms. However, the algicide's effects on non-target organisms were unknown until now.

The researchers tested the algicide IRI-160AA on various developmental stages of the copepod (Acartia tonsa), the blue crab (Callinectes sapidus), and the eastern oyster (Crassostrea virginica), demonstrating that adding 1% of the algicide reduced harmful dinoflagellate (Karlodinium veneficum) abundance by 50%, with generally high survival rates among the non-target organisms. Smaller life stages in the non-target organisms were more sensitive to the algicide than later, larger stages. Overall, however, the taxa and stages assayed were tolerant to the algicide at concentrations required for dinoflagellate mortality (1% red dashed line in Figure 1). 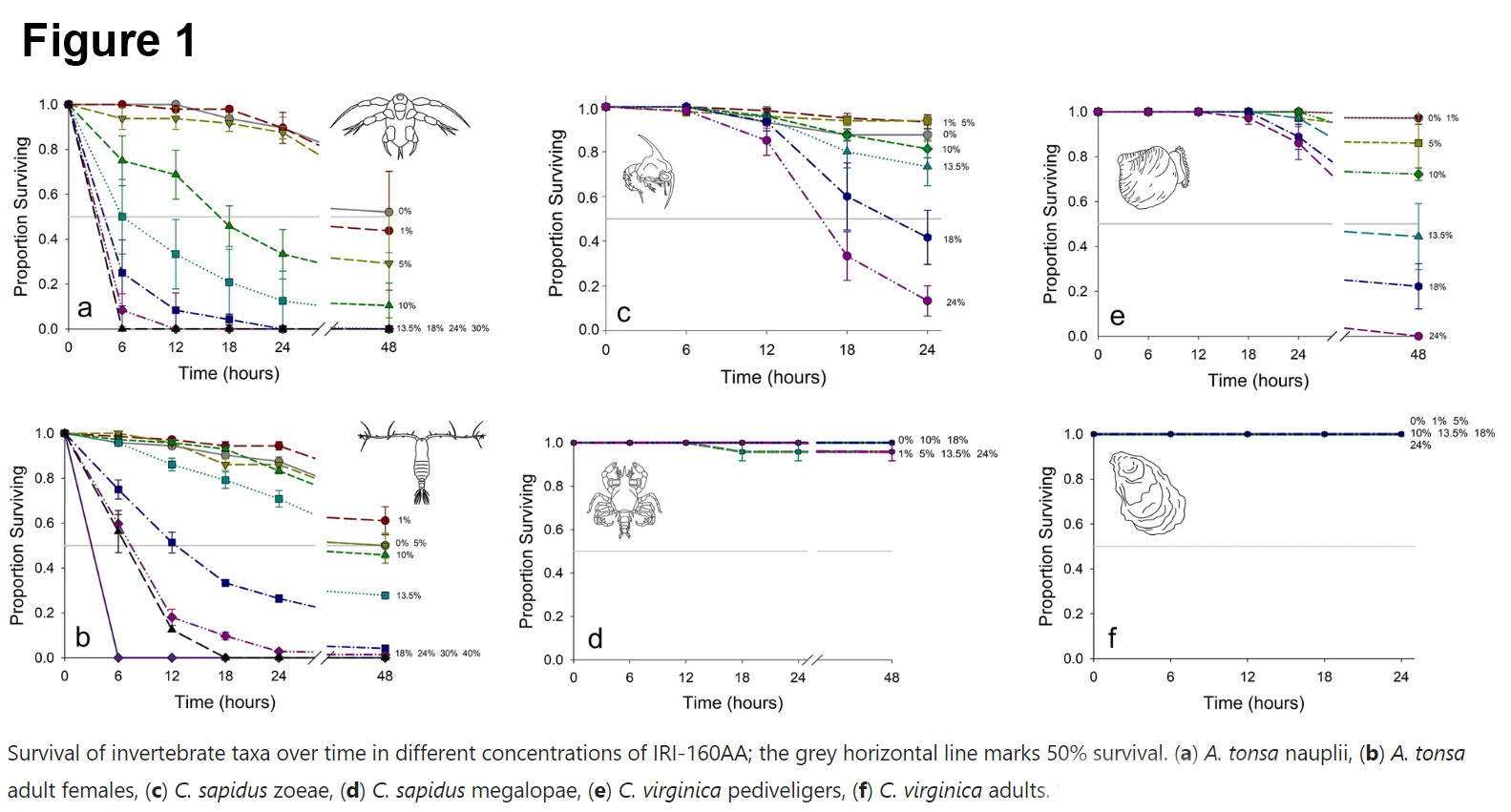 This research study is led by Dr. Kathryn Coyne (University of Delaware) and is funded by the NCCOS Prevention, Control, and Mitigation of Harmful Algal Blooms (PCMHAB) Program.