In support of restoration and resilience of marshes impacted by Hurricane Sandy, the U.S. Department of Interior chose an NCCOS-supported forecast model to predict marsh ecology and hydrology related to combined effects from storm surge and sea level rise.

The model selected was developed as part of an NCCOS-sponsored Ecological Effects of Sea Level Rise (EESLR) project in the Gulf of Mexico. It applies the coupled marsh-hydrology model to Hurricane-impacted estuaries in Massachusetts and in the Mid-Atlantic. The adaptable EESLR coupled model forecasts the abatement of storm surge afforded by coastal wetlands, with and without acceleration in rising sea level, and wetland restoration. The team will apply the model to Plum Island Sound in Northeastern Massachusetts in the first year and elsewhere in Sandy-affected states (i.e., Virginia to Maine) during the second year. 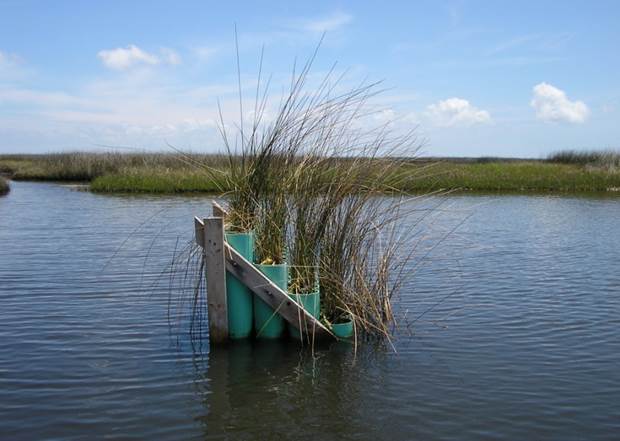 This activity directly transfers user-friendly technology of the EESLR modeling platform to other regions at a relatively low cost, a paradigm for future management applications nationwide.

Studying the Impacts of Sea Level Rise on Hawaii Habitats