Image of the Microcystis cyanobacteria bloom in western Lake Erie on August 5, 2019, produced using data derived from Copernicus Sentinel-3 data provided by EUMETSAT. This date captures the the maximum biomass of the bloom. The greenish area along southwest Lake Erie and northeastward toward Canada is the bloom. Sandusky Bay has a bloom of Plantothrix , another cyanobacteria, which produced a darker brownish green at this time. Credit: NOAA and EUMETSAT.

October marked the end of the summer harmful algal bloom (HAB) season on Lake Erie. The 2019 Microcystis bloom had a final severity index (SI) of 7.3, more severe than the 2018 bloom, which had a final SI of 3.6 (see Fig 1). The October bloom severity matched the July forecast of 7.5 (forecasted likely range between 7 and 8), and was consistent with the total bioavailable phosphorus (TBP) load into western Lake Erie from the Maumee River.

A severity index above 5 indicates a potentially harmful bloom. The index is based on the amount of bloom biomass over the peak 30 days of the bloom. The largest blooms, 2011 and 2015, were 10 and 10.5, respectively.

The 2019 bloom developed rapidly and reached full intensity at the beginning of August, a characteristic of recent blooms. The maximum areal coverage was about 700 square miles toward the end of August. Persistent strong winds in September kept the bloom down, causing a rapid decline with little bloom present in October. Like 2018, this is one of the earliest ends to the bloom we have seen. Scums were present in August, but did not reach the scope of those observed in 2017.

While the discharge volume and total phosphorus loads approached those in 2011, a lower concentration of TBP compared to recent years led to lower TBP loads and helped avoid a severe, 2011-sized bloom. “While this year, the lower TBP loads can be attributed to the historic fall and spring rains that prevented farmers/producers from applying fertilizer, it is encouraging to see that the system responded to the lower nutrient levels,” observed Ohio Sea Grant Director Dr. Christopher Winslow. “This should reassure producers that fertilizer management will be effective in reducing the severity of Lake Erie’s blooms.” 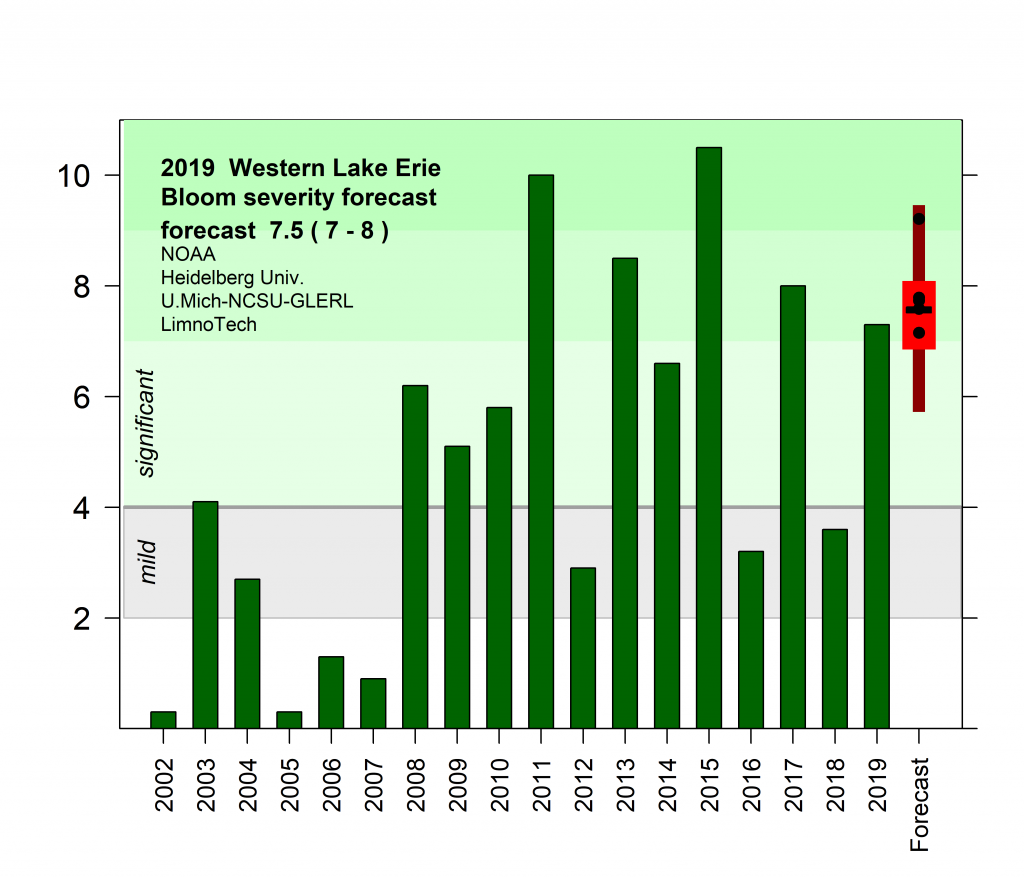 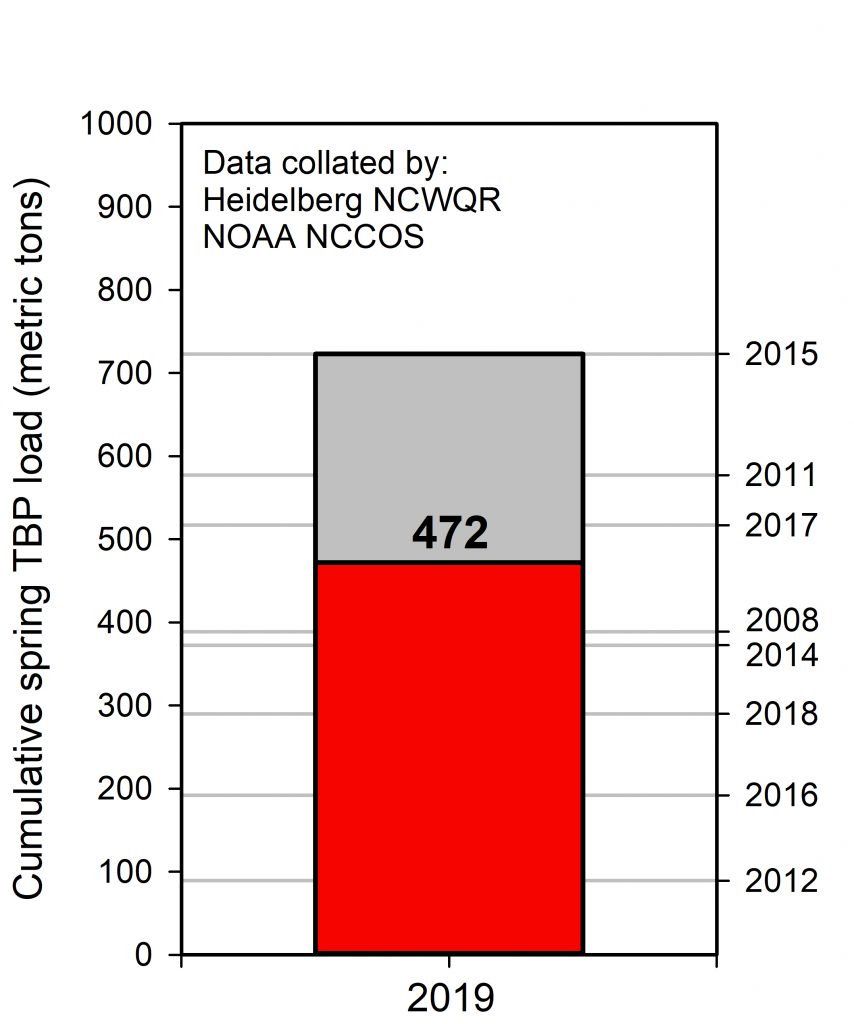 Figure 2. Total bioavailable phosphorus from the Maumee River for 2019 compared to some other years. Data collected by Heidelberg University.