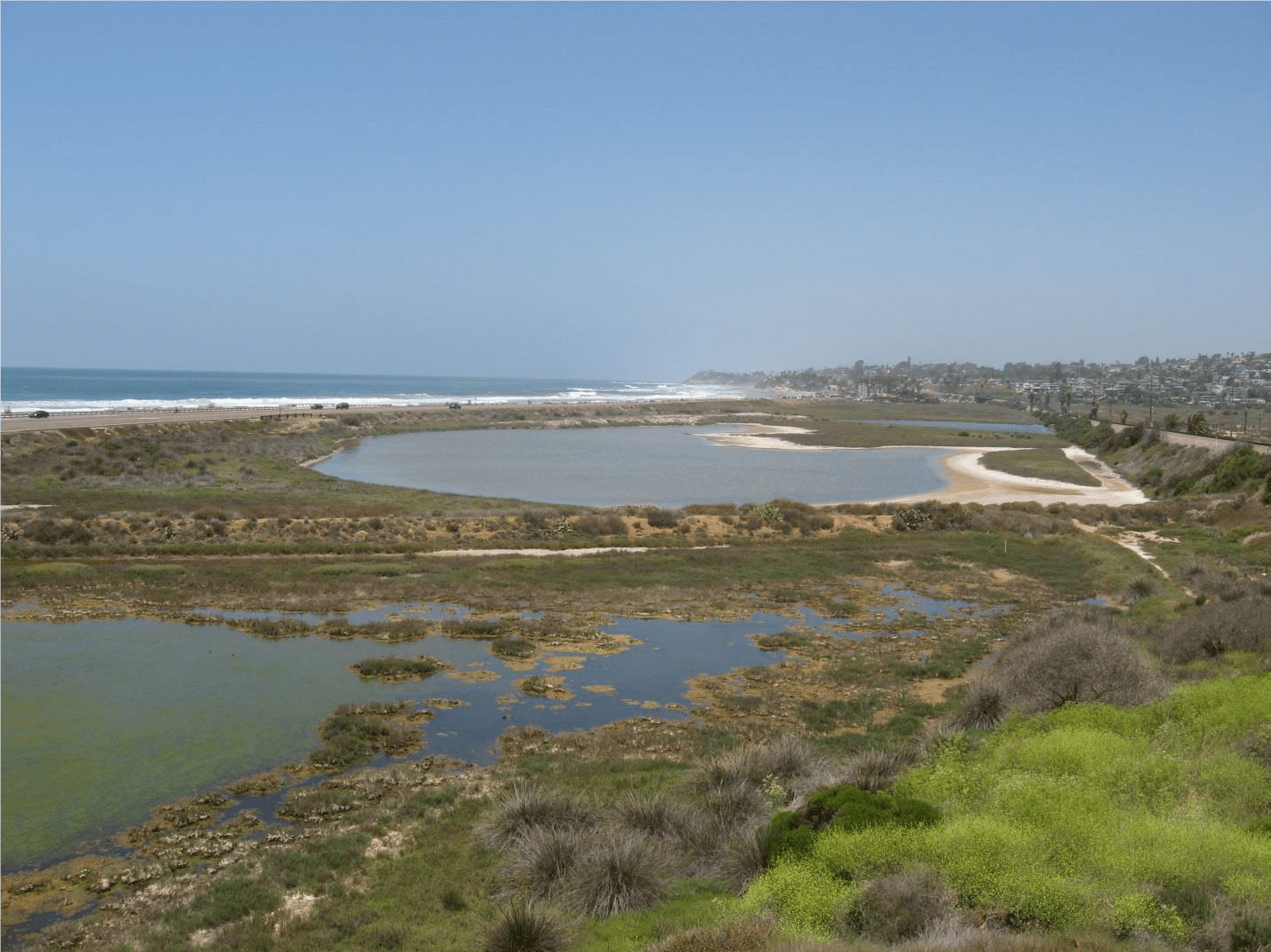 Many coastal states throughout the U.S. have observed negative impacts in marine and estuarine environments due to cyanobacteria toxins (cyanotoxins) produced in inland waterbodies. Inland waters (freshwater lakes, reservoirs, rivers, and streams) are sources of cyanobacteria (also called blue-green algae) and cyanotoxins, and act as conduits that transfer cyanobacteria both to downstream waterbodies in marine and estuarine environments. Cyanobacteria blooms can also originate in estuaries and marine waters independent of inland water introduction. Marine and estuarine waters face the dual risk of impacts from harmful algal blooms (HABs) that occur in the coastal ocean (marine) as well as those originating from inland watersheds (freshwater). Despite this risk, most HAB monitoring and management designs do not consider hydrological connections or transport of toxins throughout the watershed, and need to be redesigned to address this important emerging public health issue.

An NCCOS-sponsored study developed a new integrative HAB monitoring strategy for hydrologically connected waterbodies across the freshwater-to-marine continuum to inform HAB management and mitigation efforts. This new strategy provides a comprehensive approach necessary to develop effective mitigation and management strategies across interconnected bodies of water, rather than individual waterbodies or segments within the watershed. The new publication, available in the journal Integrated Environmental Assessment and Management, focuses on three monitoring approach recommendations based on published studies, new datasets, and existing monitoring programs. The authors represent a wide variety of federal and state agencies, Native American Tribes, and the scientific research community. Case studies from California are used to illustrate the implementation of these recommendations, however they can also be applied to inland states or regions where the downstream receiving waterbody is a freshwater lake, reservoir, or river.

The first recommendation is to design HAB monitoring programs to be cohesive across connected waterbodies and organizational or political boundaries and jurisdictions. A good example, highlighted by the authors, is the Klamath Basin Monitoring Program (KBMP), which uses a comprehensive, yet efficient, approach to monitoring the Klamath River and Estuary Ecosystem. It generates a holistic picture of the entire Klamath Basin and defies organizational boundaries and jurisdictions. KBMP is implemented through interagency partnerships and includes federal, state, and local entities, Native American Tribes, hydroelectric dam operators, and watershed groups. The information provided by the KBMP has offered basin-wide insights into HAB origin and transport dynamics across the freshwater-to-marine continuum, and exemplifies how mitigation implemented in downriver and estuary locations would have limited effectiveness without mitigation in the headwater reservoirs.

The second recommendation is for monitoring programs to include multiple sampling approaches and matrices that will improve our understanding of how HAB toxins are transported through connected freshwater and marine waters and transferred through the food web. Two case studies highlight existing HAB monitoring programs in San Francisco Bay and in the Russian and Eel Rivers in Northern California. Both used a combination of sampling approaches to measure algal toxins, including water grab samples, passive, in-water sampling devices, and either shellfish tissue or benthic cyanobacterial mat samples. Traditional monitoring approaches mostly rely on analysis of toxin levels in individual water samples collected at a single point in time, however, this approach can miss short-lived or episodic toxic events, and does not characterize spatial and temporal variability of toxin levels during the bloom. Incorporating passive sampling methods provides a cost-effective, continuous, integrative assessment of toxin presence in aquatic environments that more readily captures these events. Similarly, tissue samples indicate bioaccumulation of toxins and the potential for transfer of toxins to higher trophic levels. Use of these methodologies in concert with careful interpretation of samples will provide a powerful approach for characterizing toxin patterns and health risks than would not have been apparent using only a single sample measurement or matrix. 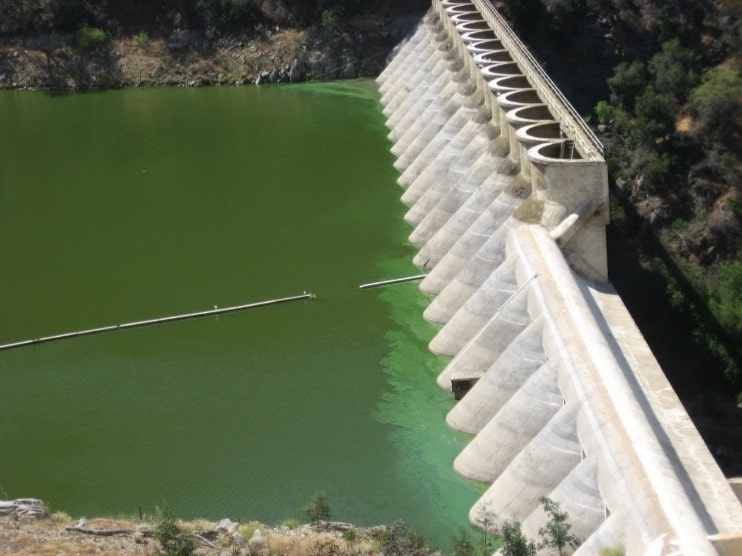 The third recommendation is for HAB monitoring programs in marine and estuarine environments to assess the presence of toxin mixtures (marine algal toxins and cyanotoxins). In 2017, a yearlong California statewide coastal study determined the presence of toxin mixtures at several marine outflows and watershed outlets, and calculated a toxin diversity index for each month based on toxin data from passive samplers. Multiple toxins were detected simultaneously at all monitoring locations and the diversity of toxins increased in the second half of the year, indicating a seasonality to the toxin patterns. The total concentration of all toxins indicated an overall increase during summer and autumn similar to the increase in toxin diversity. Two different cyanotoxins, microcystins and anatoxin, exhibited different patterns along the coast, with microcystins more prevalent in northern and central California throughout the year and anatoxin commonly observed in the second half of the year throughout California. The findings from this new study, as well as other previously published research, indicate that mixtures of both cyanotoxins and marine algal toxins can occur across many coastal systems with diverse hydrologic influences. Therefore, marine and estuarine HAB monitoring should be expanded to include cyanotoxins.

These recommendations have been integrated into California’s Freshwater and Estuarine HAB Program (FHAB) through the FHAB Monitoring Strategy, developed to build California’s capacity for HAB monitoring to inform management decisions. Many of the program’s information, guidance documents, and resources are collated on the California HABs Portal.

All You Can Eat: usoceangov NOAA Ocean Today kiosk video