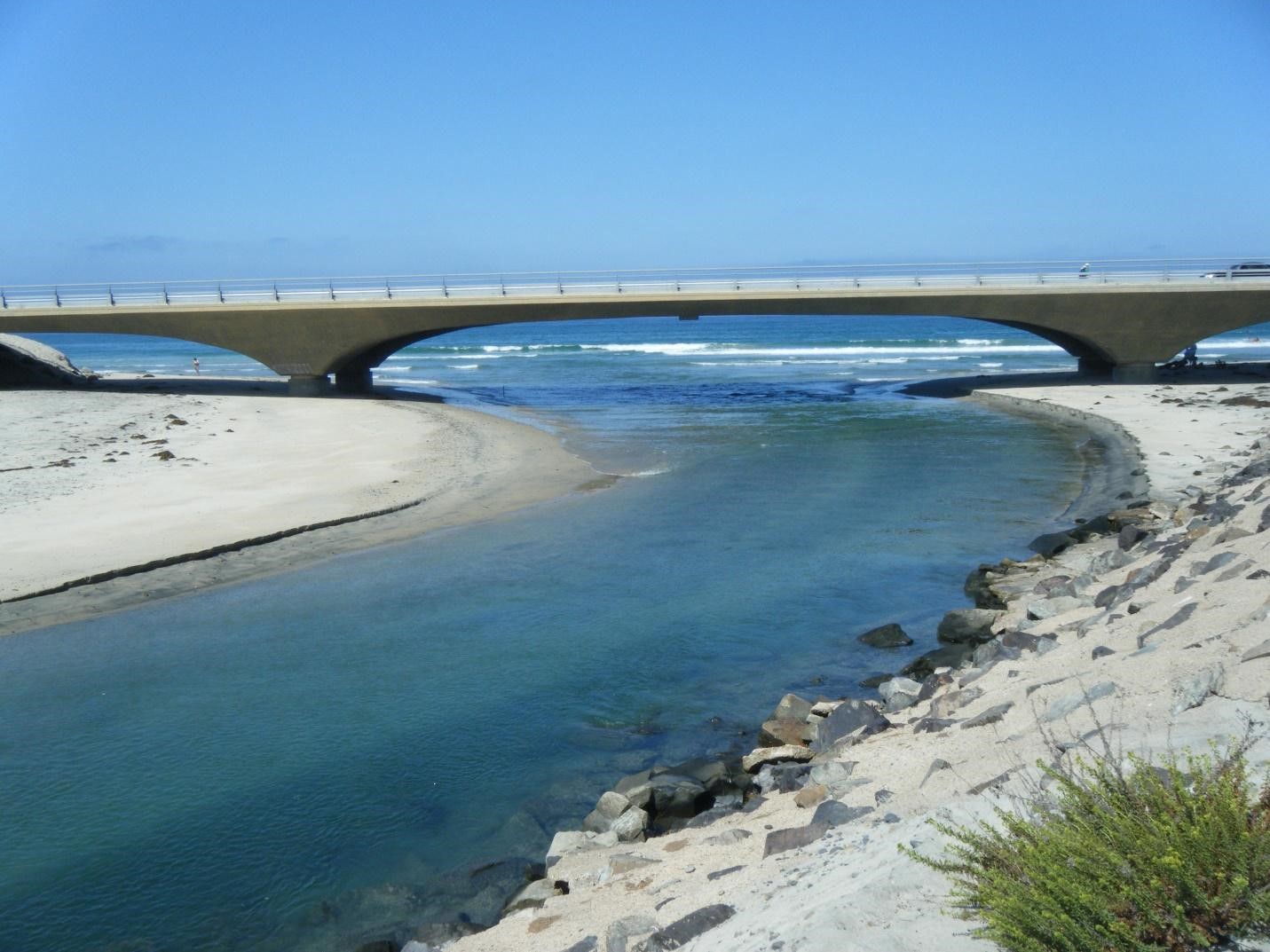 NCCOS-supported researchers compared macrobenthic organisms in two low-inflow estuaries in Southern California and found that hypoxia decreased organismal density and caused different taxonomic compositions to be present at the mouth of the estuary. Macrobenthic organisms (greater than 1 mm in size and seen by the naked eye) found within the seafloor sediment can be used as indicators of ecosystem condition. When the estuary mouth was closed, soft-bodied, non-bioturbating, mobile, epifaunal taxa were prominent. Whereas with the estuary mouth open, large-bodied, highly calcified taxa were dominant.

Hypoxia (low oxygen) in low-inflow or intermittently-open estuaries is often driven by the state of tidal inlets at the mouth. When the mouth is open to the sea, the estuary is well-flushed with oxygen. However, when the mouth is blocked by wave-driven accumulation of sediment, oxygen levels can become dangerously low and cause aquatic organisms to suffocate. While low-inflow estuaries in Southern California have historically opened and closed on their own, the heavy urbanization of the landscape now requires humans to intervene to reopen and restore flow and oxygen to estuaries. Determining the timing of opening to ensure that the mouth won’t reclose and organismal health in the estuary remains good is a goal of resource management.

The overall project led by Scripps Institution of Oceanography at the University of California, San Diego in collaboration with the Tijuana River National Estuarine Research Reserve is investigating the processes that lead to hypoxia in Southern California’s lagoons and identifying its ecological impacts to help inform effective management of these estuaries.