A new study has documented the fate of microcystins - the most common of the freshwater blue-green algae toxins - and the challenges for monitoring them.The study is part of a larger NCCOS-sponsored project whose goal is toidentify bacteria capable of degrading microcystins and to develop an affordable and efficient waterfiltration system to house such microorganisms. 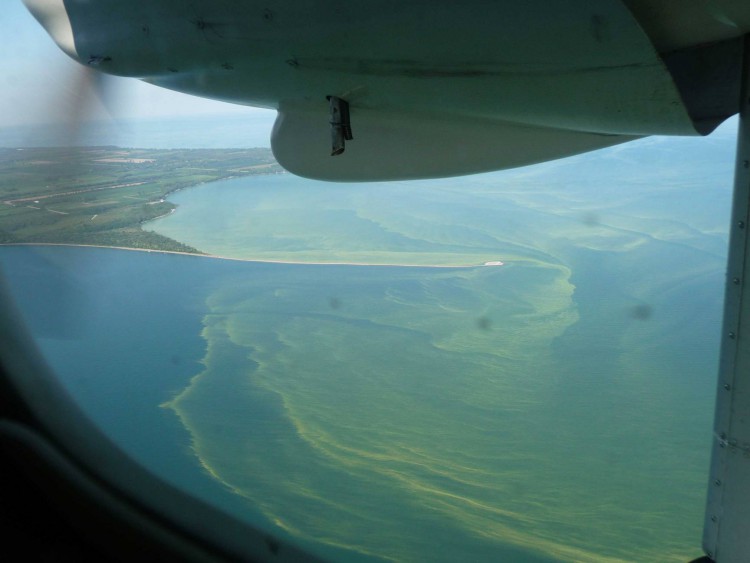 Microcystins inhibit and destroy cellular functions, especially in the human liver, and may also produce cancer in the liver. Detection of microcystins continues to be challenging, as these metabolitescan undergo many abiotic and biotic processes that alter the toxicity and structure of the microcystin molecule. Also, organisms show high variability inmicrocystin uptake and toxicity, making it difficult to establish guidelines for human health.

The study ispublished in the online open access journal Toxins.