The algae were collected at depths of 210 -410 feet from 13 different sites between Midway Atoll and Maui. These sea lettuces appear to be distinct from shallow-water populations in Hawai'i, but whether they are similar to mesophotic algae in other parts of the Pacific Ocean is unknown. The discovery of these new and abundant species at these depths suggests that the mesophotic environment in Hawai'i may have many other new species and be more diverse than previously described. 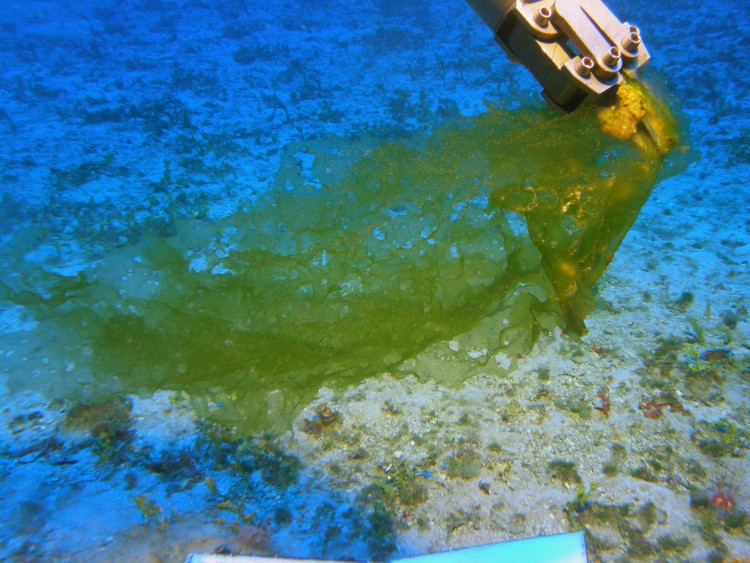 Ulva ohiohilulu, which translates to 'flourishing in the leeward calm,' is one of four new species of mesophotic sea lettuces discovered in the Hawaiian Archipelago. This specimen, about three feetlong, was collected at a depth of 307 feet off south Maui. Credit: NOAA's Hawai'i Undersea Research Laboratory.

This discovery was featured inthe latest issue of the Journal of Phycology. Marine algae, or limu, are very important in Hawaiian culture, as they are used in foods, ceremonies, and as adornments in traditional hula. Scientists consulted with the native Hawaiian community to develop meaningful names for the new species to honor the importance of limu in Hawaiian culture. One species was named Ulva ohiohilulu, which translates to 'flourishing in the leeward calm,' in reference to the calm waters and widespread mesophotic reefs of the 'Au'au Channel between the islands of Maui and Lana'i.