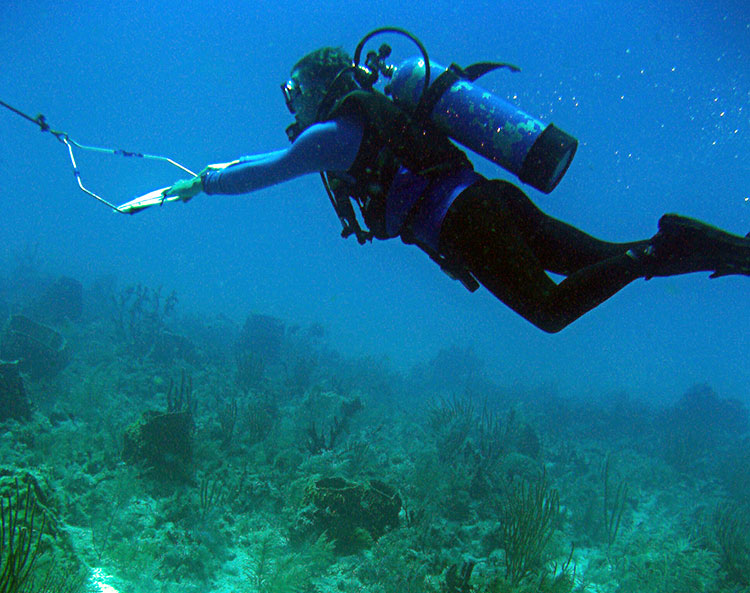 Over 85,000 spiny lobster ghost traps and over 1 million non-fishing traps or remnants of traps are estimated to be present on the seafloor of the Florida Keys National Marine Sanctuary. Researchers from the National Centers for Coastal Ocean Science and the Florida Fish and Wildlife Conservation Commission calculated these estimates following completion of 151 towed-diver marine debris surveys over various habitats covering roughly 121 hectares of sanctuary seafloor.

The greatest density of trap debris was found in coral-dominated habitats despite trap fishers' reported avoidance of coral reefs while fishing. This emphasizes the potentially prominent role of wind-driven trap movement, such as during the passage of a tropical cyclone, as a vector for redistributing traps in the sanctuary. Derelict spiny lobster traps may move hundreds of meters during high wind events, resulting in tissue abrasion, breakage, and often complete removal of critical seagrass, sponge, and coral habitat.

Damage to habitat as a result of trap movement. Left: abrasion of sponge tissue; Center: breakage and removal of seagrass; Right: breakage of soft coral. 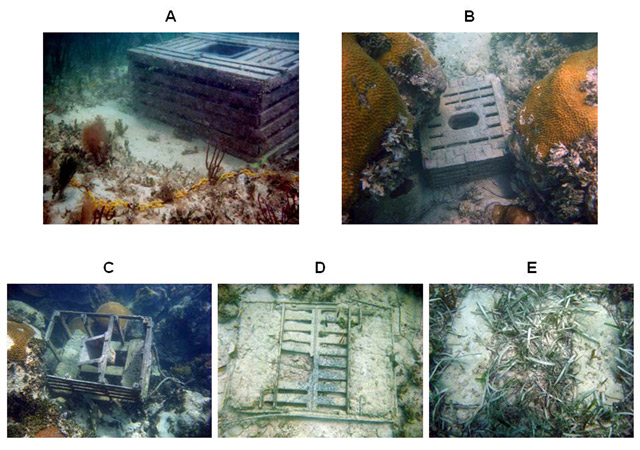 In (A), the yellow chain demarcates a halo where breakage and removal of algae, sponge, and coral has occurred, most notably in the direct vicinity of the trap where bare sand is evident.