NCCOS scientists and collaborators from the College of Charleston detected microplastics in gut samples of bottlenose dolphins for the first time. While microplastics have been visibly detected in other marine wildlife species, they had not been observed in bottlenose dolphins until now. The research, conducted in coordination with the NOAA Marine Debris Program, will expand knowledge of microplastics in key marine wildlife species. The discovery took place during filming of an upcoming British Broadcasting Corporation (BBC) Blue Planet II documentary at the NCCOS lab and the College of Charleston in Charleston, South Carolina. 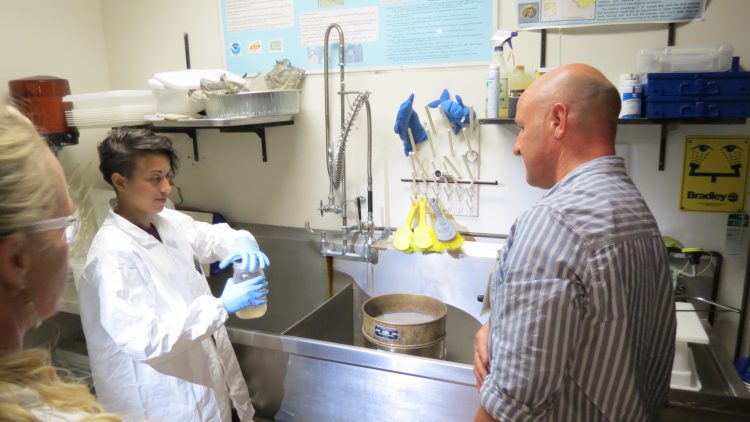 Airing of the BBC documentary of Blue Planet II occurs sometime in October 2017. A portion of the documentary will emphasize plastics in the oceans, and the segment will explain the process of collecting samples to detect microplastics in dolphins.