We investigated Puerto Rico’s mesophotic coral ecosystems to better understand them and their relationship to shallower reefs. They are off the southwestern coast at depths of 50–100 m (164–328 ft). We found extensive and biologically diverse mesophotic coral ecosystems harboring unique species and species now rare on shallow reefs. Groupers, snappers and reef sharks are common at mesophotic depths. If managed well, these deeper fish stocks may replenish shallow reefs. 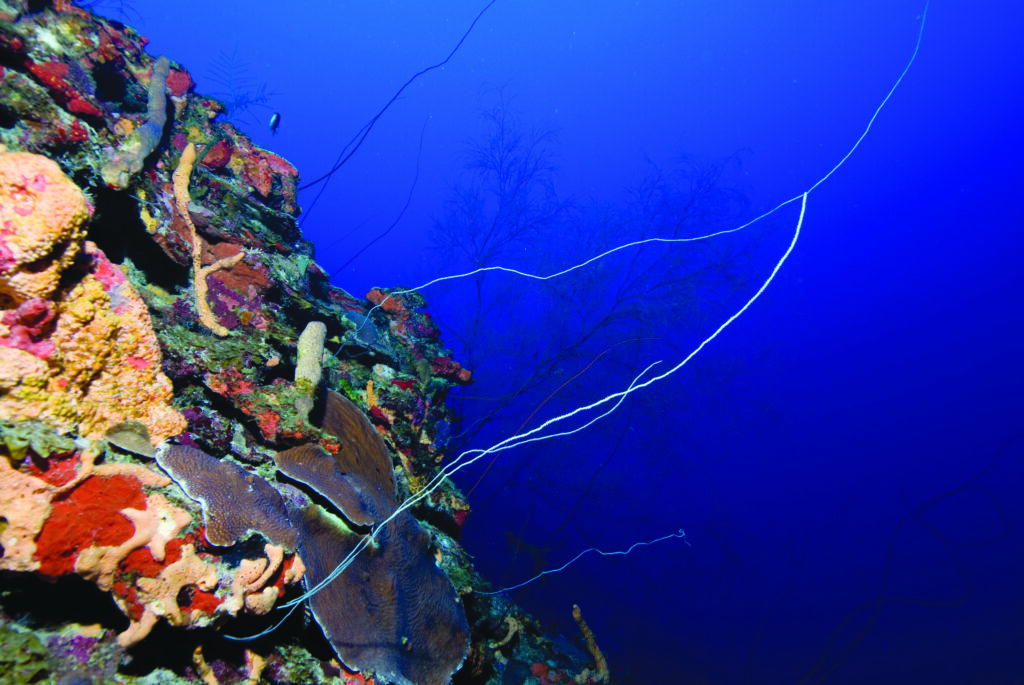 The primary study site off La Parguera, Puerto Rico was selected because it is an area of low anthropogenic and natural stress. The second study area off Ponce represented an area with high anthropogenic stress including river inflow, a deep sewer outfall at 120 m (393 ft) in depth, and several dredge dump sites. The Ponce site allows us to compare mesophotic coral ecosystems that are exposed to such stressors as sedimentation, turbidity, and eutrophication to La Parguera, a site with little human impact.

What We Found and Management Implications
We found that mesophotic coral ecosystems (at depths greater than 50 m) are: