NOAA-funded scientists have found a new species of water mite off the shores of Puerto Rico. As they wrote about their findings, the intrepid marine biologists listened to singer Jennifer Lopez and in gratitude, named the mite Litarachna lopezae. The University of Puerto Rico biologists and their collaborators say that the mite was given its new title as a "small token of gratitude" for the singer's inspirational music. 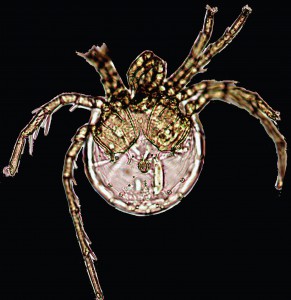 "The reason behind the unusual choice of name for the new species is simple: J-Lo's songs and videos kept the team in a continuous good mood when writing the manuscript and watching World Cup soccer," said lead author Vladimir Pesic.

J-Lo is not the first singer honored in such a way. Bob Marley, Freddie Mercury, Bono, and Mick Jagger all have organisms named after them.