We conducted an environmental characterization of lagoons and estuaries in northwest Alaska prior to oil and gas development in the region. Our results will provide natural resource managers and residents in the area baseline information on the state of biological resources and contaminants in Arctic lagoons and estuaries in the path of proposed oil and gas infrastructure.

Why We Care
Many of the contaminant stressor inputs to coastal Alaska ecosystems are driven by long range oceanic currents and atmospheric transport from lower latitudes. However, in the Arctic, current and future oil and gas extraction and transport on the water and in the watershed constitute the most significant pollution threats to the water and habitat quality in the region.

Despite considerable test drilling in the area, environmental studies in the area are few, resulting in a lack of adequate baseline data and information to assess future trends for estuaries in the National Petroleum Reserve in Alaska. We collected sediment chemistry data, benthic community information, fish tissue contaminant data, and information about ecological connections to determine the current state of these estuaries.

What We Did
We collected samples from the near-shore and estuarine waters of five estuaries in the northern Chukchi Sea and western Beaufort Sea. The study area includes the Kasegaluk Lagoon, Wainwright Inlet, Peard Bay, Elson/Dease/Admiralty Bay, and Smith Bay. Additionally, we sampled two transects offshore from Wainwright Inlet near a potential oil pipeline corridor identified by the oil industry.

Also, we attempted to collect resident fish from each estuary. We analyzed these fish samples for contaminant body burdens.

We collaborated with the Alaska Department of Environmental Conservation and the University of Alaska Fairbanks to conduct this study. 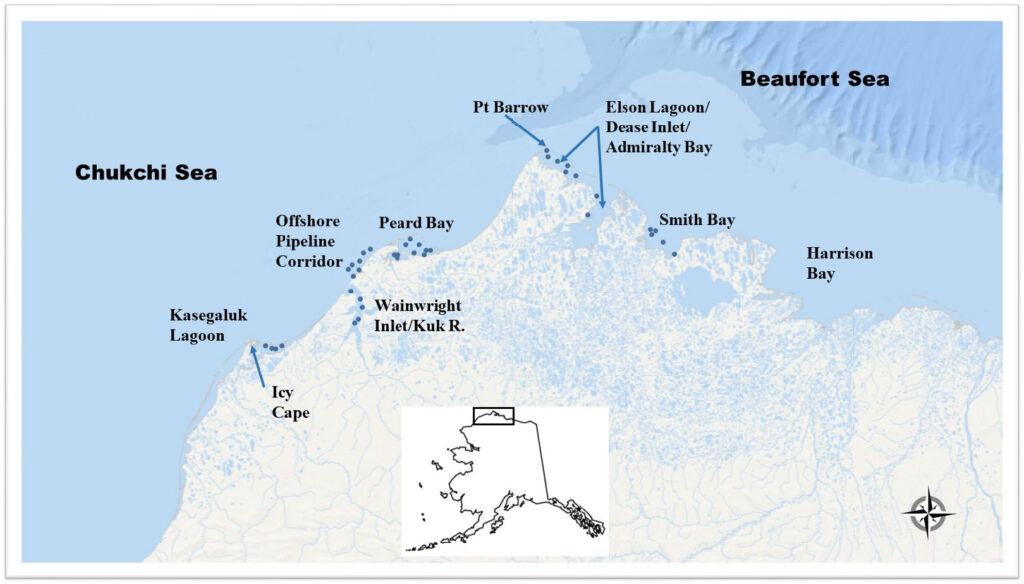 What We Found
Our preliminary findings thus far indicate that:

Project partners included NOAA's Office of Response & Restoration, the University of Alaska Fairbanks, and the Alaska Department of Environmental Conservation. 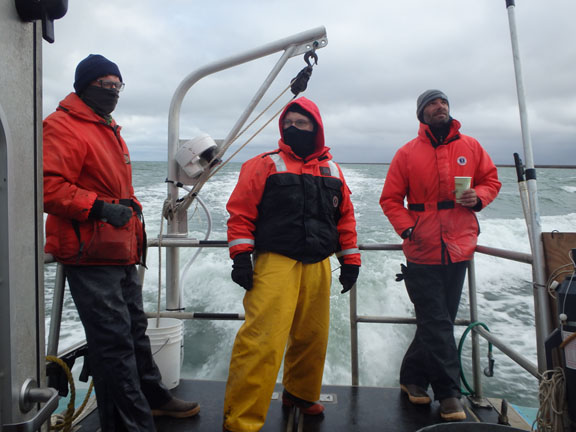