Two researchers from the Korea Institute of Ocean Science & Technology (KIOST) visited the NCCOS Center for Coastal Environmental Health and Biomolecular Research (CCEHBR ) laboratory in Charleston, SC for two weeks of intensive training on the use of mass spectrometry to detect several algal toxin classes, including domoic acid (DA), paralytic shellfish toxins (PSTs), and ciguatoxins (CTXs). CCEHBR scientists provided instruction on sample preparation, instrument set-up, data analysis, and troubleshooting for these protocols representing an integral component of NCCOS' analytical response capabilities for HAB-related events. The information provided will help our South Korean counterparts to implement these methods in support of research and monitoring efforts for these algal toxins, which threaten fishery resources and public health in the Republic of Korea. 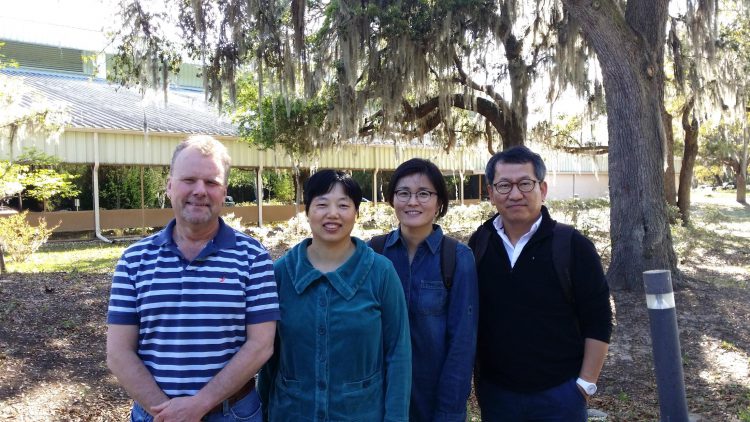 The organisms that produce DA and PSTs are well-established in South Korean coastal waters, whereas CTX-producing algae have only recently been reported in the southern region of this country. Similar to the more southerly temperate regions of the U.S. and Western Europe, the appearance in South Korea of algae associated with ciguatera fish poisoning (CFP) is thought to reflect a range expansion of these organisms related to global climate change. NCCOS and KIOST researchers are collaborating on the study of CFP-related algae with the aim of developing a better understanding of the factors promoting growth and toxin production in these organisms, as well as designing rapid, field-portable detection technologies that will benefit both countries.

This technology transfer and scientific exchange are supported through a Joint Project Agreement established between NOAA and the Korea Ministry of Oceans & Fisheries.

NCCOS Featured for Work on Oysters as a Nutrient BMP