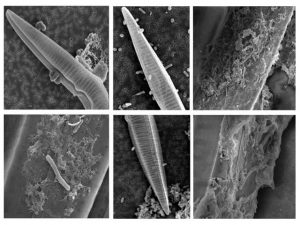 Overall, study results suggest that phytoplankton-associated bacterial communities are highly affected by the numbers of algal individuals in a bloom and also by the type of algal species that dominates a bloom. The study is published in the journal Frontiers in Microbiology, section Aquatic Microbiology.